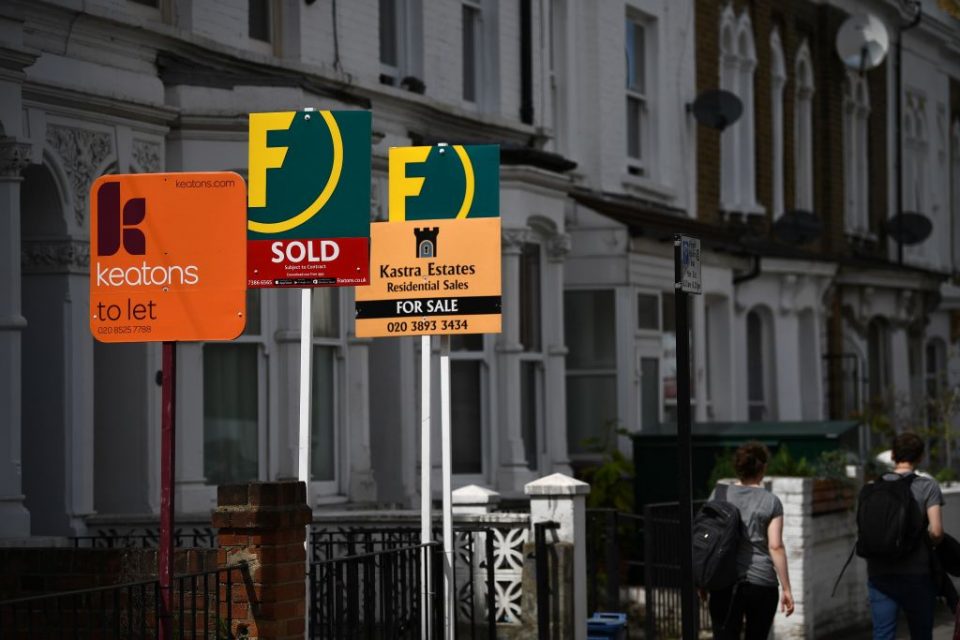 UK house prices rose at the fastest pace in four years in September despite the raging coronavirus pandemic as people working from home sought more space, according to the Halifax house price index.

Yet the lender said it is unlikely that the British housing market will remain immune to the historic economic slowdown.

House prices grew 1.6 per cent month on month in September, Halifax said, after climbing by the same amount in August. The rise took the average price to a new record high of £249,870.

Properties were worth 7.3 per cent more on average than they were a year earlier, the biggest year-on-year rise since June 2016.

However, Halifax said the annualised figure was flattering because the property market was subdued a year ago due to worries over Brexit.

Russell Galley, managing director at Halifax, said the housing market had been extremely strong since restrictions on it were lifted in May.

There has been a fundamental shift in demand from buyers brought about by the structural effects of increased home working and a desire for more space, Galley said.

He added that the stamp duty holiday is incentivising vendors and buyers to close deals at pace before the break ends next March.

Rising house prices are the UKs iron lung
Chancellor Rishi Sunak in July raised the threshold at which stamp duty is paid to £500,000 until the end of March 2021. Analysts say the policy has combined with demand that built up during lockdown to fuel buying.

Lucy Pendleton of estate agents James Pendleton said: The often frothy Halifax index has lived up to its reputation and is pushing the bounds of credibility here.

However, it underlines just how much the housing market has become the economys iron lung of late, while its other vital signs flash amber at best.

Yet Leaf said that demand has lost a little momentum over the past few weeks. He put this down to the resurgence in Covid-19 and new restrictions on businesses making some buyers a little more nervous.

Coronavirus cases have risen sharply in the UK in recent weeks. It has caused the government to put vast swaths of the country in local lockdowns.

Sunak produced a new package of economic support in September. But he confirmed that the furlough scheme  which has supported around 10m jobs  would end this month.

Economists say rising Covid cases and unwinding government support are likely to weigh on UK house prices towards the end of the year.

House prices could fall by five per cent
Halifaxs Galley said: It is highly unlikely that the housing market will continue to remain immune to the economic impact of the pandemic.

Howard Archer, chief economic advisor to the EY Item Club, said the housing market will come under increasing pressure over late-2020 and the early months of 2021.

He said there is likely to be a significant rise in unemployment and waning pent-up demand.

Archer said UK house prices could be around five per cent lower by mid-2021 than they are now.

The EY Item Club expects housing market activity to gradually improve over the second half of 2021, Archer said.

Very low borrowing costs should also help matters with the Bank of England unlikely to lift interest rates from 0.10% during 2021.