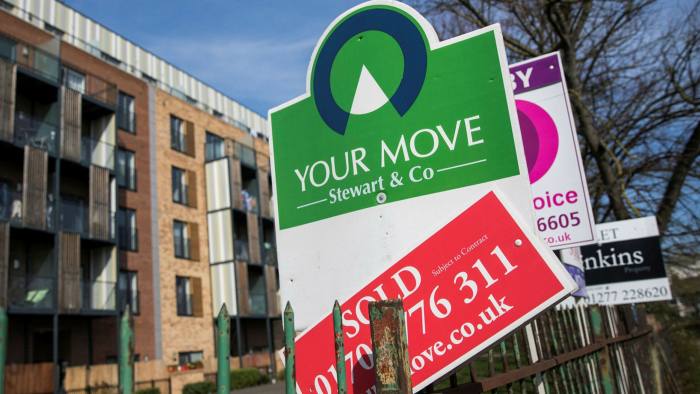 House prices in the UK rose sharply in September as pent-up demand and government measures to protect residential property from the economic shock of coronavirus led to a surge in transactions. The average house price in the UK increased 4.7 per cent in the year to September 2020, up from 3 per cent in the year to August 2020, according to the Office for National Statistics seasonally adjusted house price Index. The average house price hit a record high of £245,000 across the UK and £496,000 in London in September. The rise shows the impact of the suspension of stamp duty  a tax on the purchase of homes  introduced by the government in July, as well as the release of pent-up demand after the spring lockdown.

What began as a disastrous year for the property industry has been turned on its head by government interventions, creating a surge of demand, said Paul Stockwell, chief commercial officer at Gatehouse Bank. He noted the increase was the greatest in England and Northern Ireland, where stamp duty was suspended for transactions up to the value of £500,000 compared with £250,000 in Wales and Scotland. The ONS said the pandemic may also have prompted buyers to reassess their housing preferences by looking to move to larger properties with gardens. Data showed the average price of detached houses rose 6.2 per cent, while flats and maisonettes increased 2 per cent.

Septembers index, which because of a time lag between agreed and completed sales reflects transactions that began six to eight weeks ago, is the clearest indication yet that the stamp duty cut has succeeded in buoying house prices amid the economic turmoil of coronavirus. But analysts warned that the boost could be temporary if unemployment continues to rise after the stamp duty break ends in March. Samuel Tombs, chief UK economist at consultancy Pantheon Macroeconomics, said prices would likely rise over the coming months, but economic weakness and rising borrowing costs would mean prices risked falling without further government intervention. High mortgage rates partly reflect lenders taking advantage of the surge in demand, but they also reflect a re-pricing in response to the deteriorating labour market, which will endure after demand has softened, he said.

Prices, therefore, look destined to fall back next year, if the stamp duty holiday ends in March as planned and no other government policies change. The prime minister last month alluded to vague plans for long-term fixed-rate mortgages, worth 95 per cent of a propertys value, which could be offered to first-time buyers to boost home ownership beyond the stamp-duty holiday. But banks said the proposals risked exposing customers to unsustainable debt, while making it more costly for them to buy property by driving up house prices.