One in 40 homes bought were sold again in less than a year; in Burnley it was one in 12 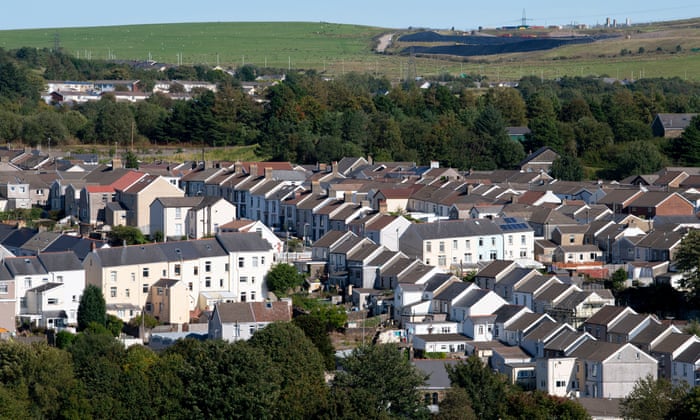 Merthyr Tydfil is the only local authority in Wales to appear in the UKs top 10 flipping list. Photograph: Matthew Horwood

The proportion of homes in England and Wales that have been bought, renovated and sold again within a short period has hit a 12-year high, with Burnley in Lancashire topping the list of properties most commonly flipped.

So far this year, one in every 40 homes sold were bought and sold within 12 months, according to research from estate agent Hamptons International using Land Registry data, the most since 2008. In Burnley, it was about one in 12.

Despite the coronavirus pandemic, which brought the housing market to a standstill for several weeks, Hamptons predicts that about 23,000 homes will be flipped this year, up from 20,857 last year, and investors are on track to make greater profits.

The housing market has been booming in recent weeks, as pent up demand following the first lockdown was released and after the chancellor, Rishi Sunak, introduced a stamp duty holiday on properties up to £500,000 in July.

The average difference between the purchase price and sale price of flipped properties has risen to the highest level since records began in 2007, now standing at £40,995 at the national level. This is more than £10,000 higher than the average profit recorded in 2019.

According to Hamptons International researchers, average profits have been boosted as investors have increasingly switched to houses from flats. Just 5% of the homes bought and sold since the housing market reopened in May have been flats, a large drop from 20% in 2019.

Since the market weakened following the financial crash of 2007, the number of flipped houses dwindled. However in recent times their numbers have started to recover.

Flipping is most common in the north-east and north-west of England, with traders looking to make a quick profit targeting areas where property is more affordable.

So far this year, one in every 12 homes sold in Burnley had been purchased in the previous 12 months, equating to 51 properties. The average difference between the purchase and sale price was £20,643.

Some 80% of the flipped properties in Burnley, the vast majority of which were terraced houses, were purchased for less than £40,000, the level at which investors are usually required to pay a 3% stamp duty surcharge, and below the general threshold for the tax.

After Burnley, the second most popular place for flipping was County Durham, followed by Rutland in the east Midlands, Middlesbrough in fourth place and Stockton-on-Tees in fifth. Merthyr Tydfil, in eighth place, is the only local authority in Wales to feature in the top 10.

It has been two years since anywhere in southern England appeared in the top 10 flipping locations, but that may be about to change, according to Beveridge.

While the current stamp duty holiday will see flippers across the country save money, its full impact wont be felt until early next year when these homes are likely to return to the market for sale. Given investors in more expensive areas will see larger stamp duty savings, there is potential for Burnley to be knocked off the top spot before too long, she said.

Sign up to the daily Business Today email or follow Guardian Business on Twitter at @BusinessDesk
The top 10 local authorities with highest proportions of homes flipped this year
1. Burnley: 8.2% of properties are flipped within 12 months of purchase, with an average increase in sale price of £20,643

 This article was amended on 23 November 2020 because it was a stamp duty holiday that Rishi Sunak introduced in July, not a mortgage holiday as an earlier version said.