House prices rise £13,000 in a year to hit a new average high of £245k as agents claim buyers are 'storming' the market in the stamp duty holiday

The surge in house prices saw the average property in Britain reach a record high of £245,000 in October, as buyers race to complete transactions ahead of the stamp duty holiday on 31 March 2021.

Property prices rose by 5.4 per cent, or £13,000, in the year to October, up from a 4.3 per cent increase in the year to September, new figures from the Office for National Statistics show. 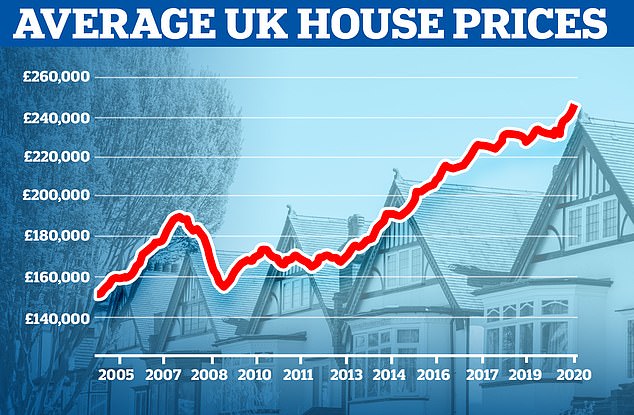 Record high: The average cost of a home in Britain has now reached £245,000

The annual growth rate in house prices, according to the ONS, reached the highest level since October 2016, with buyers flocking to snap up detached homes with bags of outside space as the shift to home working during the pandemic rolls on.

While the property market surge continues, it stands in contrast to the floundering wider economy, and a growing number of experts think house prices are on track to fall next year amid rising unemployment.

The average price of detached homes increased by 6.8 per cent in the year to October, while prices for flats and maisonettes rose by 2.3 per cent over the same period. 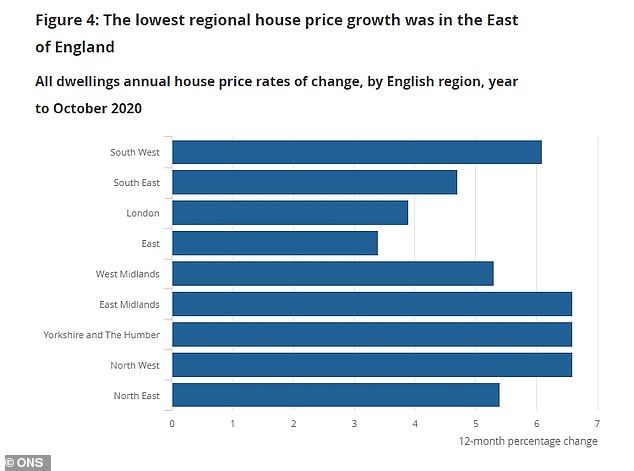 Variations: Regional house price variations across the country in the last year

Joshua Elash, a director at MT Finance, said: 'At a time when a Brexit deal has yet to be thrashed out, and the furlough scheme continues to disguise unemployment figures, the disconnect between the performance of the property market and the underlying economy is astounding.

'As the economy slows to a crawl and the number of people being made redundant spikes, the property market has hit the accelerator.

'Across the UK, property prices are rising nearly eight times faster than they were a year ago. Not even in the wildest days of the pre-Financial Crisis boom did price growth jump so far, so quickly.'

Mortgage commitments are still being made at their highest levels since the financial crisis in 2009, and there are yet to be any signs of this demand levelling off. 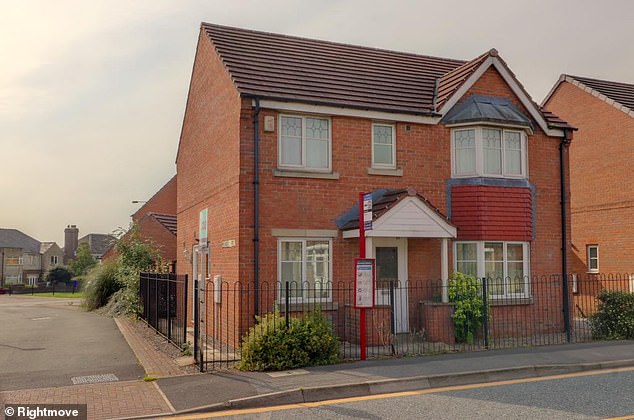 Affordable: This four-bedroom detached home in Bradford is up for sale for £200k via Wards 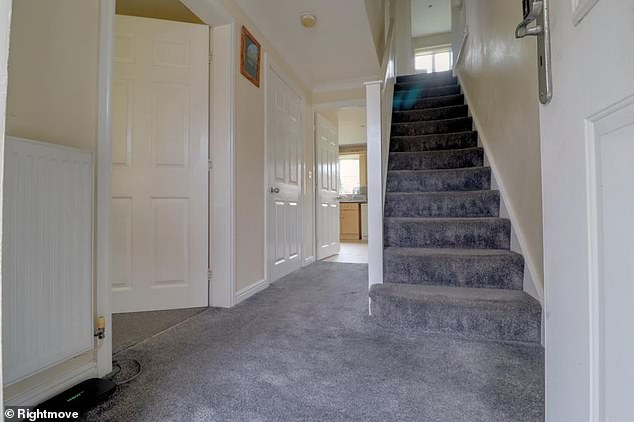 Spacious: The four-bedroom home in Bradford has plenty of scope for you to put your stamp on it 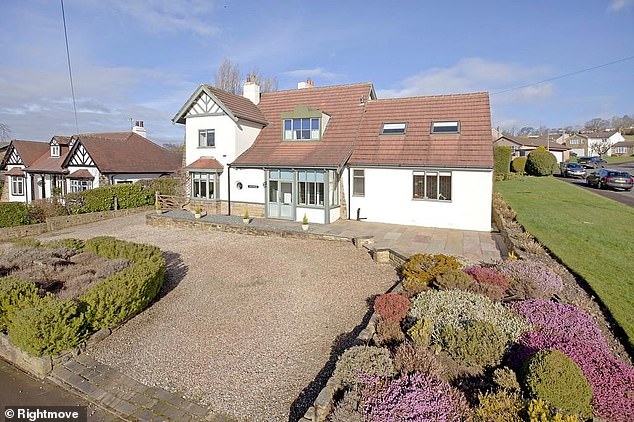 Ideal: This five-bedroom home in Baildon is on sale via Dale Eddison for £675,000 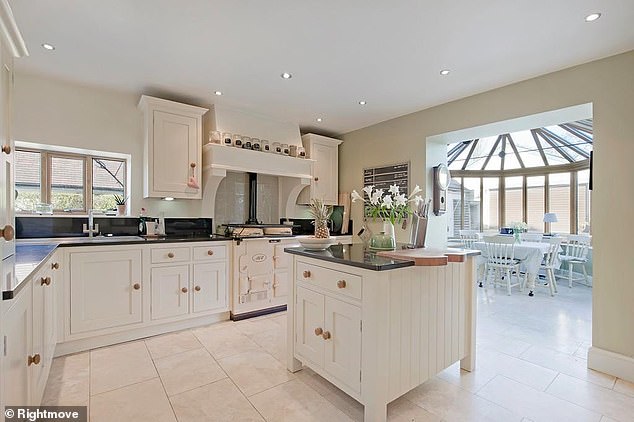 Light and airy: The property in Baildon has a beautiful kitchen and dining space 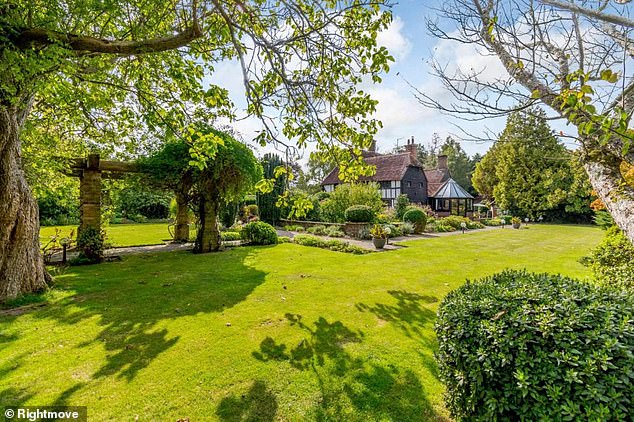 Wow factor: This stunning five-bedroom home near Lewes could be yours for £2m 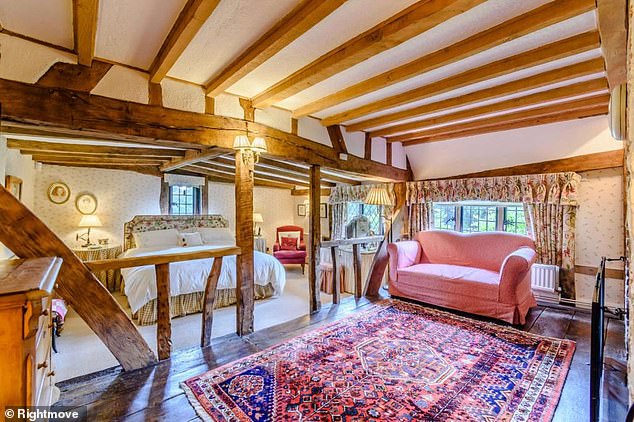 Picture postcard: The property near Lewes is being sold by Strutt & Parker 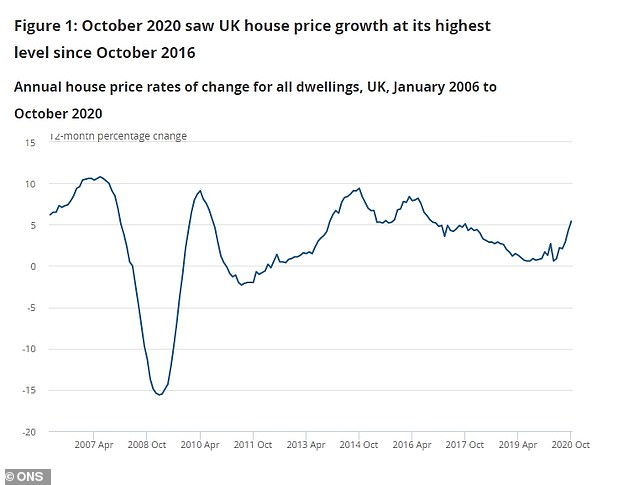 The Bank of England's Money and Credit October 2020 report revealed that mortgage approvals for house purchases increased further in October to 97,500, which is the highest level since September 2007.

What's happened to house prices where you live?

Average property prices in the year to October jumped by 6 per cent in Scotland to £163,000, while prices in England, Wales and Northern Ireland grew 5.4 per cent, 5.8 per cent and 2.4 per cent respectively.

Northern Ireland remains the cheapest UK country to buy a home in, with the average cost of a home standing at £143,000

The East Midlands, North West and Yorkshire and The Humber experienced the joint highest annual growth in average house prices, all enjoying a 6.6 per cent rise over the period.

The lowest annual growth was seen in the East of England, where average property prices increased by 3.4 per cent in the year to October.

Meanwhile, the North East has the lowest average property prices in England, with an average of £136,000.

At the other end of the spectrum, London has the highest average house price tags in the country, at an average of £491,000. 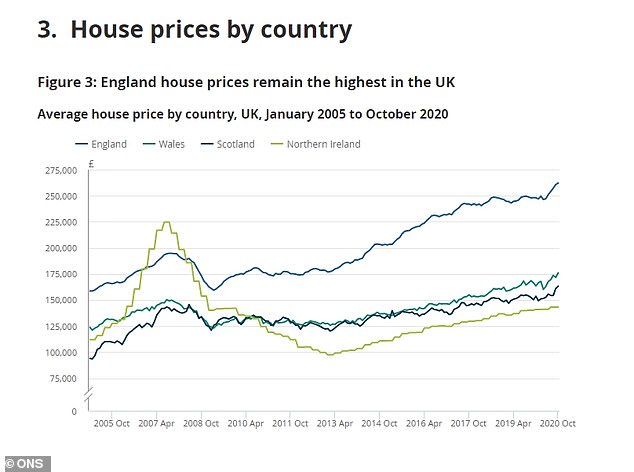 Area changes: See what has been happening to house prices near where you live over the years 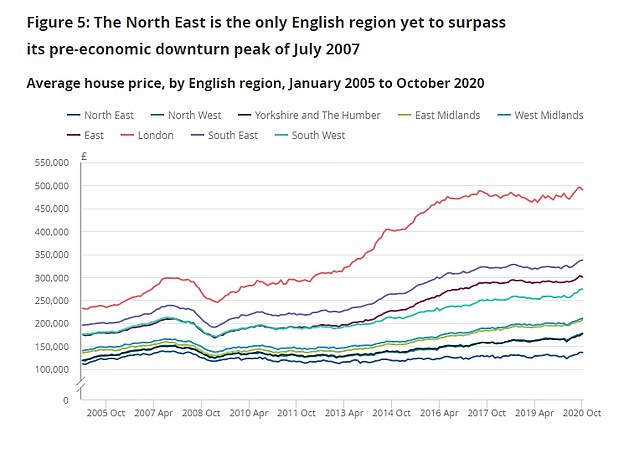 What's been happening? The North East is the only place in the UK where house prices have not yet reached their pre-downturn peak

The ONS said house prices seem to reflect a range of factors, including 'pent-up demand, some possible changes in housing preferences since the pandemic and a response to the changes made to property transaction taxes across the nations.'

On a non-seasonally adjusted basis, average house prices across Britain increased by 0.7 per cent between September and October, compared with a decrease of 0.3 per cent in the same period a year ago.

And, on a seasonally adjusted basis, average house prices increased by 0.9 per cent between September and October, following an increase of 1.5 per cent in the previous month.

New research from NAEA Proeprtymark today claims that prospective buyers are 'storming' the property market in a rush to beat the stamp duty holiday deadline on 31 March 2021. 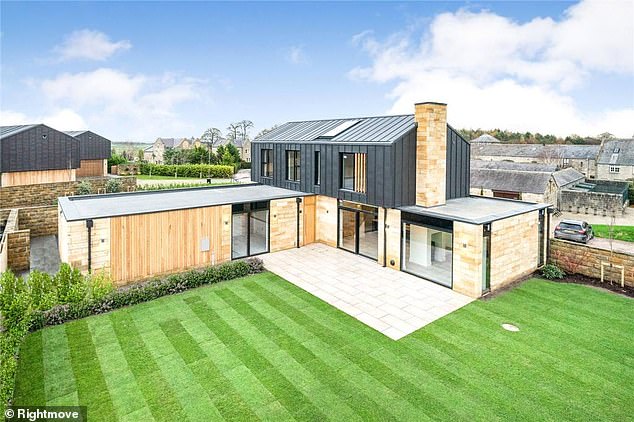 Stylish: This four-bedroom home in Harrogate could be yours for around £1.7m 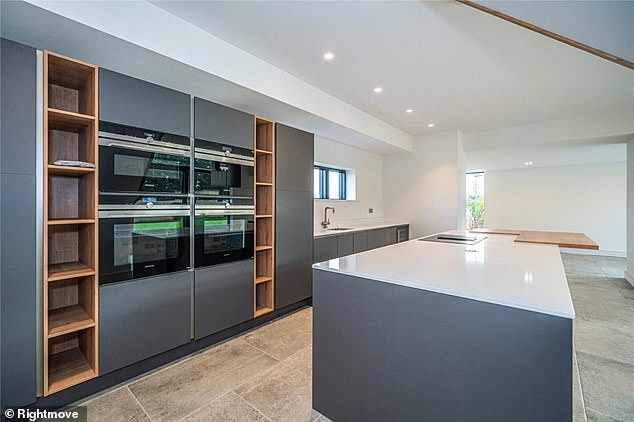 Everything you need: The home in Harrogate was designed under architectural supervision

The average number of sales agreed per estate agent branch stood at 13 in November, marking a small increase from 12 in October.

This is the highest figure recorded for the month of November since 2002, when the number also stood at 13.

Year-on-year, the average number of sales agreed per branch has increased by 86 per cent, growing from seven in November 2018 and 2019.

In terms of the first-time buyer market, NAEA Propertymark said the level of sales completed involving people getting on the housing ladder for the first time stood at 21 per cent in November, up from 21 per cent in October.

Year on year, this is a fall of four percentage points from 28 per cent in November last year.

Mark Hayward, chief policy adviser at NAEA Propertymark, said: 'The pressure of completing a house purchase ahead of the stamp duty, LTT and LBTT holiday deadlines means we have seen an extremely high number of potential buyers flood the market in November, in the hope of finding their dream home.

'We remain very concerned about the impact of the stamp duty, LTT and LBTT cliff edges on the 31st March, with nearly three in five estate agents expecting to see an increase in failed sales next year due to buyers realising their sale will not complete ahead of the deadline.'

On 8 July, Chancellor Rishi Sunak announced the stamp duty holiday, removing the tax until 31 March next year entirely from the first £500,000 of a residential property purchase price.

Some insiders in the property sector are calling for the stamp duty holiday to be extended beyond 31 March, while others think the tax should be permanently scrapped.

There are mounting fears that the end of furlough in March and further rise in unemployment levels will prompt a drop in property prices. But, earlier this week, Rightmove revealed that it thinks house prices will rise by 4 per cent next year.

Rightmove said asking prices for property first advertised between 8 November and 5 December were 6.6 per cent higher than a year earlier, after Britons 'reprioritised housing needs high on their life agendas' during the pandemic.

But, the EY Item Club believes that house prices could fall by 5 per cent over the first half of 2021, 'before activity gradually improves' over the second half of the year.

It added: 'This will allow prices to stabilise and then start to firm as the UK's economy establishes a firmer footing and the labour market comes off its lows.

'Very low borrowing costs should also help with the Bank of England unlikely to lift interest rates from 0.10 per cent during 2021.'