The pandemic has delivered a blow to this once-thriving market

When he finally sold his London rental property in December, Philip Cooper couldnt wait to get rid of it. For nearly three years he was a buy-to-let landlord while running his own marketing consultancy. In that time, a combination of increased mortgage costs, tax changes and swingeing estate agents charges turned the experience from an appealing economic prospect to a stressful money pit.

Eventually it was costing us money every month. The mortgage costs had gone up, the tenants were more demanding. I sold a bit below market price; I just wanted to have shot of the stress. You would be mad to get into buy-to-let in London today, he says.

Across the UK, the appeal of buy-to-let purchases has been waning. While the market was closed for seven weeks during the first national lockdown, there were 42,000 new buy-to-let mortgages taken out in the year to September 2020, according to UK Finance, down from 52,800 the year before, and 85,900 in 2015.

Numbers are thought to have rebounded in the last quarter of the year, but estate agent Hamptons says that the number of homes it sold to landlords in inner London in 2020 was the lowest on record, down 17 per cent on 2019, and 80 per cent lower than in 2014.

Since the pandemic, residents have left central London in droves, either moving to more suburban areas, or back in with family  among the leavers were nearly 700,000 foreign-born Londoners, according to one estimate by the Economic Statistics Centre of Excellence. In the year to January, while the average rent in outer London rose 6.2 per cent, in inner London it fell 15.9 per cent, according to Hamptons. 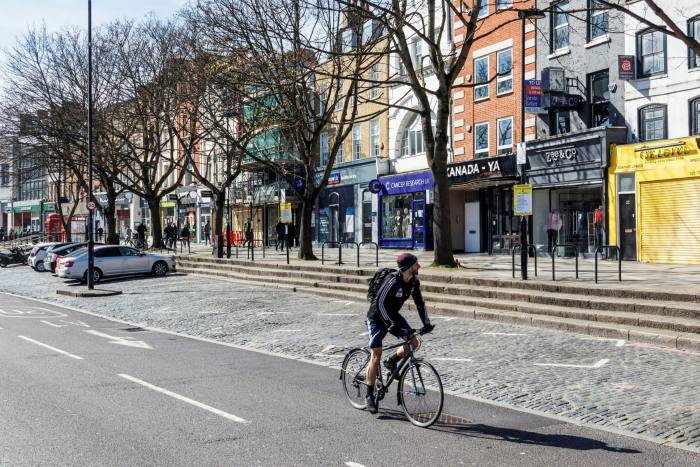 Some landlords have decided to slash their prices. Coopers wife owns a two-bedroom rental flat in Clapton, east London, where she once lived. When her tenant left in February 2020, she dropped the rent from £2,150 to £1,600 a month and still took two months to find a replacement. It was incredibly stressful, says Cooper.

In recent years, tax breaks for landlords have been steadily reduced. Between April 2017 and April 2020, the amount of mortgage interest that landlords could deduct from rental income before paying tax fell from 100 per cent to zero, replaced with a 20 per cent tax credit on mortgage interest.

For Cooper, a higher rate taxpayer, the shift wiped out nearly all the profits on his west London house. I was paying 45 per cent [tax] on the rental income: even with the mortgage tax credit, I was barely washing my face. 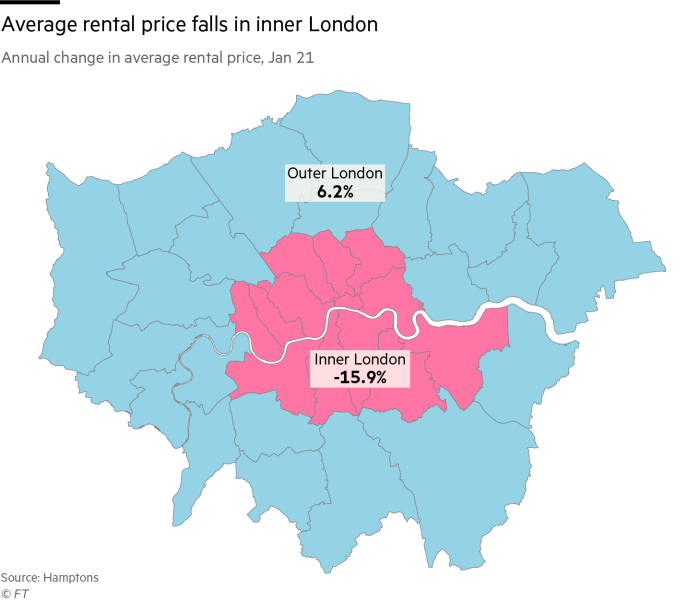 James Cash, a communications consultant, who sold his two-bedroom flat in Clapham, south-west London, in September after 15 years as a landlord, had a similar experience.

The margins got smaller, the cash flow wasnt nearly as good, and there has been less money to put back in for renovations, he says. It became the bane of my life the last couple of years. It wasnt really making any money. 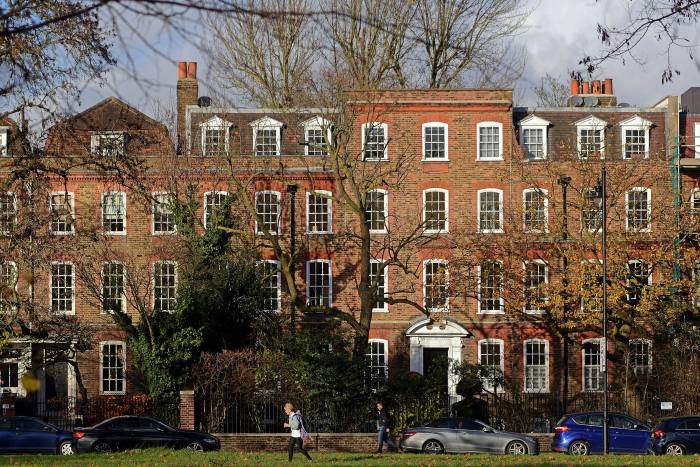 Richard Donnell, research director at Zoopla, says these tax changes are likely to increase the number of professional landlords owning multiple properties, typically through limited companies  in which mortgage costs can be deducted before tax. Between 2010 and 2018, the share of the UK rental market held by landlords who owned just one property fell from 40 per cent to 21 per cent, according to government figures. A record 41,700 new limited companies owning buy-to-let properties were formed in 2020, with one in three in London, according to Hamptons. Landlords margins may get tighter still.

In November, the governments Office of Tax Simplification recommended that capital gains tax on second homes be increased from 28 per cent to 40 per cent for higher-rate taxpayers. The proposed changes could be introduced in the next budget on March 3. Many flat-owning landlords who want to sell have been unable to if their building has cladding on its exterior. Earlier this month, the government announced it was adding new funds to fix cladding issues on blocks above 18m. In any case, leaseholders may have to wait for the works to be carried out before they can offload their properties. The impact on renters While the pandemic has been a blow to many landlords in inner London, it has had contrasting effects on the citys renters. 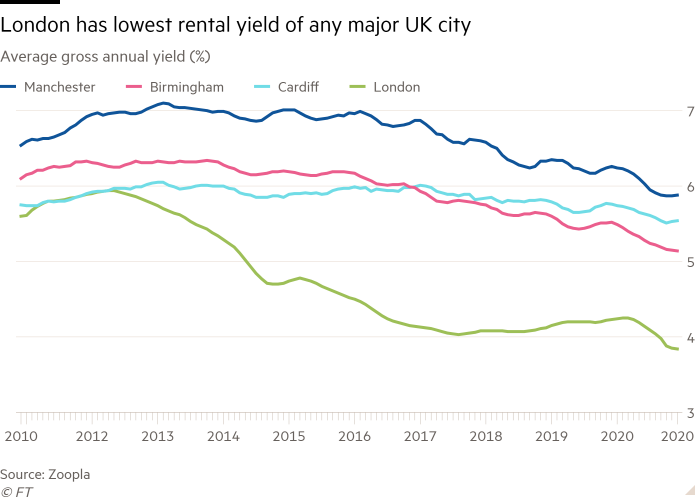 On the one hand, tenants have been hardest hit by the economic downturn, with 7 per cent of UK renters losing their jobs since the start of the pandemic, compared with 3 per cent of homeowners with a mortgage, according to the Resolution Foundation. On the other hand, more affluent renters and those who have been able to keep their jobs have negotiated big discounts. Max Turner, 30, a self-employed wedding photographer living in Stratford, east London, falls into the first category. His income collapsed during the first lockdown in March and, less than a year into working for himself, he was ineligible for government relief. Since then he has relied on local housing allowance (part of universal credit) to pay his £775 monthly rent. Ive been trying to move so Im not living off Tesco Basics so much, he says, referring to the supermarkets budget food range. [But] most adverts for both rooms and whole flats exclude those on universal credit, he says. Its so frustrating since this would be the perfect time to move.

Government figures show that the number of people on local housing allowance in London increased by 52 per cent between February and August last year. Today, for 133,000 London households, these payments do not cover the rent, according to Dan Wilson Craw of Generation Rent. The yield is pretty awful. In the stock market at least you dont have to worry about the boiler breaking Philip Cooper At the other end of the spectrum are the huge discounts available on Londons finest rental homes. In Hampstead, a smart area of north London, there were 32 per cent fewer rental transactions in the three months to December compared with a year earlier, the steepest fall of anywhere in prime London, according to LonRes, which tracks the market in the citys exclusive central areas. In April last year, Michele Barbara, 39, rented a four-bedroom house backing on to Hampstead Heath with a pool for £8,000 a month. The home had first been advertised the previous November for £17,300 a month. Searching for a roomier home when the pandemic struck, Barbara  who works in private equity in Mayfair  considered moving to the country. But with one eye on a manageable commute when his office reopens, he saw the chance to drive a hard bargain.

There was really not much demand for rental homes in April and May, he says.

Younger renters who have kept their jobs are benefiting from falling rents in more central locations. Annabelle Chapman, 26, managed to get a £200 discount on a two-bedroom flat in Angel, Zone 1, listed for £1,700 a month. By the time I add the money I spent on commuting Im paying less than I was, she says of her old home in Colliers Wood in Zone 3. I can cycle to work in Tower Bridge in 15 minutes. And when London reopens Im in one of the best locations for restaurants and bars. Falling rents, high prices and rising costs may have made dented the appeal of central London for landlords, but thanks to lower purchase prices, the stamp duty holiday and more demand for larger homes since the start of the pandemic, more landlords have bought in Londons outer boroughs, says Aneisha Beveridge, head of research at Hamptons.

In 2020, the agency says it sold 31 per cent more homes in outer London to landlords than it did in 2019. With savings rates at historic lows  the Bank of England base rate was cut from 0.75 per cent to 0.1 per cent in March last year  property yields, even if modest, provide at least something to protect investors against inflation. For Cooper, who at one time hoped that his London rental property would provide a future home for his son, born last year, the market today holds little appeal. His wife has kept her Clapton rental flat in case London prices again rush ahead of the gains on their Surrey home. But, for him, the economics and the hassle involved for London landlords makes for a meagre investment case. The yield on it is pretty awful, he says. In the stock market at least you dont have to worry about the boiler breaking.