We took in lodgers to help pay our mortgage but have we fallen into a capital gains tax trap now we are selling up?


By ED MAGNUS FOR THISISMONEY.CO.UK

My girlfriend and I purchased our house in North London eight years ago.

It has four bedrooms and, since owning it, we rented out the other three rooms to friends and lodgers to help pay the mortgage.

But we have also been warned that we may be liable to pay capital gains tax due to the fact we have been receiving rent from three lodgers - despite living in the property ourselves. 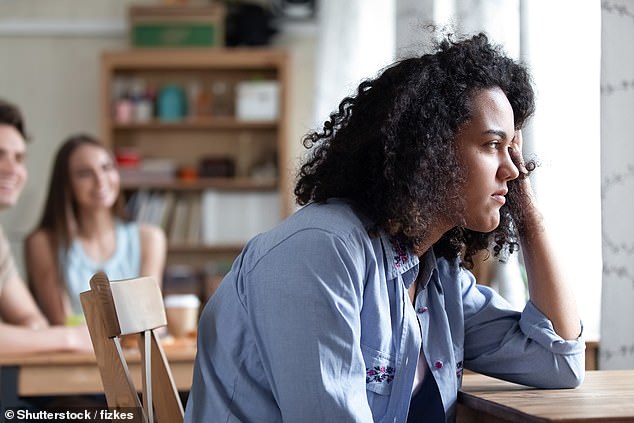 Taxing times: Capital gains tax can be charged on any profits you make on an asset that has increased in value, when you come to sell.

We have checked the Government's guidance on this and find it to be a little vague and confusing.

Ed Magnus, of This is Money, replies: Moving home is a costly business. You have estate agency fees, plus conveyancers, surveyors and mortgage costs, not to mention stamp duty on purchases, which is due to return to normal after 31 March, unless there is a Budget reprieve.

The last thing any mover wants to discover is the unexpected and unwelcome surprise of a capital gains tax bill hitting the sale of their existing home - particularly if the property has always been their principal residence.

When you come to sell your home, you are entitled to principal private residence relief which should, in most cases, shield you from capital gains tax.

But by letting out your spare rooms to friends and lodgers throughout your eight years of ownership, you may have forfeited your right to full PPRR.

This is because HMRC considers you to have run parts of your home as a lettings business by having taken in more than one lodger during that time.

What is capital gains tax?

Capital gains tax can be charged on any profit you make on an asset that has increased in value, when you come to sell.

So, even if you're a basic rate taxpayer, the impact of a sizeable capital gain is likely to push you into the higher rate - and one this size certainly would.

Everyone is entitled to an annual capital gains tax allowance, which currently means your first £12,300 of any realised gain is tax free.

Capital gains tax usually only applies to a property you don't live in - a buy-to-let investment or a second home, for example - but in the case of your principal home when you have taken in lodgers, it is applied a little differently.

Will having lodgers make me eligible?

These rules are complicated and somewhat confusing.

PPRR also applies in full for the last nine months of ownership, whether or not you live at the property - provided the property is your main residence.

In this example, it means you are only liable to pay capital gains tax for seven years and three months of ownership, rather than the full eight years.

As for the proportion of your home that your lodgers occupied, this qualifies for something called lettings relief.

If there are six rooms in the house and your lodgers occupy three bedrooms, then this would arguably equate to 50 per cent of your home.

Alternatively, you can calculate the total percentage of the floor area let within your home to establish the exact proportion instead. 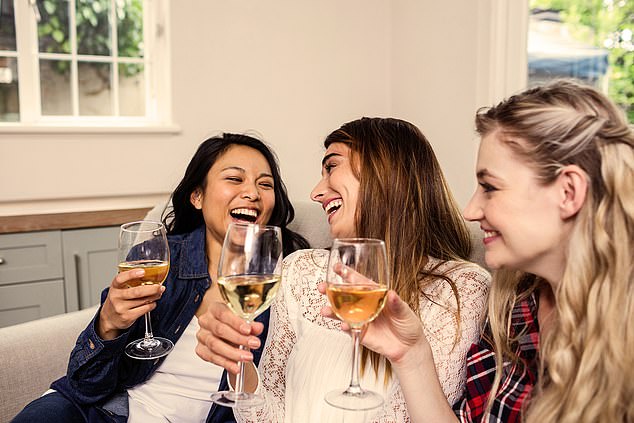 Where a single lodger lives as a member of the owner's family, sharing their living accommodation and taking meals with them, then you won't be liable for capital gains tax - but were you to have two or more lodgers, the rules imply you might be liable

Under current rules, lettings relief enables you to get tax relief of up to £40,000 on the capital gains tax that is due.

It is also important to include any void periods in your calculations, as this will lower your tax bill - unless of course you consistently had the same number of lodgers at all times during the eight years of ownership.

The final layer of complexity is HMRC's Statement of Practice 14 (1980).

This states: 'Where a lodger lives as a member of the owner's family, sharing their living accommodation and taking meals with them, no part of the accommodation is treated as having ceased to be occupied as the owner's main residence, and the exemption is not restricted at all.'

The problem arises when you have more than one lodger and are effectively running a lodging house as a business.

This is Money spoke to Nigel May, tax partner at MHA MacIntyre Hudson, Sam Stent, tax adviser at the charity TaxAid and Jon Harris, accountant partner with TaxScouts, to provide further clarity on the matter.

They gave their views on the topic and not personal advice, considering the sum of money involved here it would be advisable to seek out a good accountant to act for you.

Is this a common problem for homeowners?

When does having a lodger in my house become a business?

The HMRC document SP14/80 sets out the position for capital gains tax purposes where an individual lets out all or part of their home. The statement of practice says that where a lodger lives as a member of the owner's family, sharing their living accommodation and taking meals with them, no part of the accommodation should be treated as if it is no longer the owner's main residence. The capital gains tax relief should not be restricted in those circumstances.

The domestic arrangements of individuals are endlessly variable, but the document draws a distinction between a person who takes a single lodger into their home and a person who is running a lodging house as a business.

It says that there should not be any restriction of relief where there is a single lodger, but that relief can be restricted to an 'appropriate extent' where there is more than one lodger. If this relief is restricted, then lettings relief may be due.

Nigel May replies: In London this is a very common problem - almost the norm. The number of different living situations you come across is mind-boggling.

These situations occur for all sorts of reasons, and are exacerbated in the capital due to the exorbitant property values and house price growth over the past decade.

I suspect many people housing lodgers do not even realise they might be liable for capital gains tax when they come to sell their principal residence.

Jon Harris replies: If you only have one lodger,  then there is no capital gains tax liability. This is the most common scenario.

But there are also people who are renting out two or more bedrooms for a significant period of time in their home - in this case they may have to calculate quite carefully.

Are the rules open to different interpretations?

Nigel May replies: Main residence relief has a number of bear traps and it's one of the great myths that this is straight forward  it's most definitely not.

Issues over valuation and apportionment are always open to interpretation.

For example, you could argue that all you need to do is demonstrate your motivation for renting out the rooms is one of altruism or friendliness rather than for financial gain.

Sam Stent replies: Before calculating the gain, you need to calculate what proportion of the property was let out.

However, there is no clear cut guidance on how to do this: HMRC simply require a 'just and reasonable' basis for the calculation.

You could use the number of rooms or square footage methodologies for example.

How much of the gain could be  hit by capital gains tax?

Nigel May replies: Assuming that the property comprised of four bedrooms, a living room and a kitchen (ignore bathrooms), there were six rooms in total.

What would a sole owner be liable to pay under the same circumstances?

The lodgers have exclusive use of three of the rooms, so I would expect to calculate the chargeable gain at one half of the £300,000 profit, which would equate to £150,000.

But lettings relief will be available, and this is up to a maximum of £40,000 per individual - so up to £80,000 for a couple if the property is owned jointly.

This would mean only £70,000 of the gain is liable for capital gains tax, which can then be shared between the two owners.

Sam Stent replies: In this example you can also take advantage of the fact that PPRR applies in full for the last nine months of ownership, which will help reduce your final bill.

If the property is owned jointly, the capital gain can be shared between them and offset against their individual annual capital gains allowances  - currently £12,300 per person.

In this scenario it would mean that the final amount subject to capital gains is £31,400.

Each owner will therefore be liable to capital gains tax on £15,700, payable at either 18 per cent or 28 per cent depending on what other income they have.

The owners must each report and pay any tax due within 30 days of the date of sale.

Are there further means of reducing the tax bill?

For example, you can offset the cost of the stamp duty you paid when you purchased the property, as well as the survey and conveyancing costs.

You can also deduct the estate agency fees when you come to sell from your capital gain.

Finally, costs incurred making significant improvements to the property may also be deductible for capital gains purposes.  This might include an extension or loft conversion.

For this reason, keeping records is paramount.

Jon Harris replies: It is worth checking your rental income self-assessment too, to ensure that you remembered to deduct repairs and renewals, insurance costs, admin costs, remortgage fees, and the cost of replacing items for the tenants' use.

If you still have the receipts and you have not claimed these as costs for income tax purposes then it is possible to use these to further reduce your capital gains tax bill.

What is the verdict?

Nigel May replies: The best advice I can offer here is to contact HMRC and ask them to set out their position.

Unless they can show their situation comes under the protection of HMRC's Statement of Practice 14 (1980), they may have been caught by this tax trap.

In my opinion, the fact that they have let out three rooms for the purposes of meeting their mortgage repayments is akin to running a section of your home as a lettings business.

It is coincidental whether they are friends or not - therefore I think they will be liable for capital gains tax.