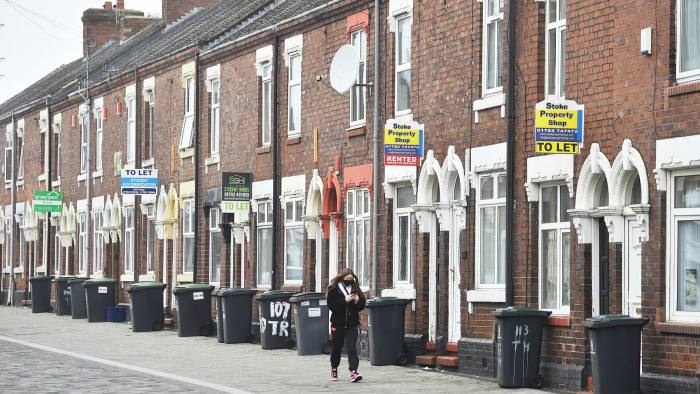 The Budget will deliver a strong boost to house prices, with the extensions to the stamp duty holiday and the furlough scheme putting new life into the market, say forecasters. Knight Frank, the estate agent, raised its forecast for annual UK house price growth in 2021 from a January estimate of zero to 5 per cent, after the Budget changed the landscape for the housing market.

House price growth in Greater London has lagged behind the rest of the UK in the past year. But it is expected to rise by 4 per cent this year, up from the agents previous forecast of 1 per cent.  However, Knight Frank warned that continued uncertainty around when and how international travel restrictions would be relaxed had caused it to revise down its 2021 forecast for more expensive or prime properties in central London to 2 per cent from 3 per cent. Overseas buyers also face a 2 per cent duty surcharge on homes in England and Northern Ireland from April 1.

The housing market has bounced back since its restricted reopening in May 2020 and the introduction in July of a temporary stamp duty holiday on the first £500,000 of residential purchases in England and Northern Ireland. Nationwide found prices climbed by 7.3 per cent in 2020, the highest annual increase in six years.  However, buyers and agents this year became increasingly concerned that the end of the holiday would act as a cliff-edge, with purchasers unable to meet the March 31 deadline for the discount and a higher risk of a house price crash after the incentive disappeared. Rishi Sunak, the chancellor, answered their pleas last week by extending the holiday by three months, with a further graduated three-month exemption before its return to normal in October.  The tapered extension would lead to higher price growth outside the capital, driving demand in lower-value markets more consistently through to the end of September, said Tom Bill, Knight Franks head of UK residential research.

Recommended UK Budget Stamp duty holiday extended for UK homebuyers New forecasts published this week by Savills, the estate agent, suggested average UK house prices would rise by 4 per cent in 2021, up from zero growth in its previous outlook. It said the governments introduction of a mortgage guarantee scheme for higher-risk home loans would boost transactions: these would peak at 1.4m this year, before falling back to a norm of around 1.2m by 2023, it estimated.  Lucian Cook, residential research director at Savills, said the government had performed a remarkable act of escapology.

By extending both the stamp duty holiday and the furlough scheme in last weeks Budget, the chancellor has significantly reduced the downside risks in the mid-year, while a recovering economy should support price growth towards the year end, he said. Interest rates are likely to remain lower for longer than expected before the pandemic as the government looks to support businesses in recovery. Savills said this left room for further growth in house prices in spite of last years sharp rise, forecasting cumulative growth of about 20 per cent over the next five years.

The price growth is expected to peak at 5 per cent in 2022 as the economy rebounds, but will then slow as the fundamentals of mortgage affordability determine levels of price growth and its regional distribution, Cook said.  Capital Economics, a consultancy, has also revised up its figures from a fall of 4 per cent in prices this year to a rise of 3 per cent, while its 2022 forecast remains the same, with prices rising 2.5 per cent.

The combined effect of a spike in unemployment and the end of the stamp duty holiday had been likely to cause prices to dip, it said, but that threat had now diminished. Beyond the stamp duty extension, higher prices for larger homes pointed to a race for space; lockdown savings appear to have been invested into the housing market; and first-time buyers had increased the size of their deposits, it said.  High saving during the current lockdown means that this effect is likely to continue to support demand, said Andrew Wishart, property economist at Capital Economics.