British housing is expensive and its supply must increase


Relative prices are higher than at any time since the 1880s, except for the year before the financial crisis MARTIN WOLF 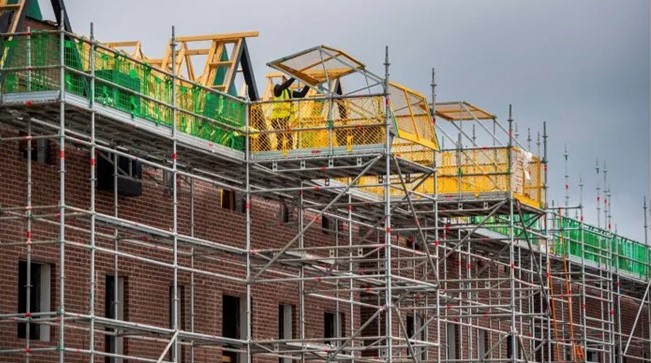 Food and shelter are essential requirements of human existence and, as the latter is almost as important as the former, so the cost of housing is often a big political issue. That is now the situation in the UK. So what is the reality, and why?

John Muellbauer of Oxford universitys Nuffield College, a leading expert on the issue, notes in a recent article how the UKs housing policy failures have not only widened intergenerational and other forms of inequality but adversely affected productivity and growth and raised the risk of financial instability. Another telling piece of research from Schroders, which goes back 175 years, buttresses Muellbauers arguments. 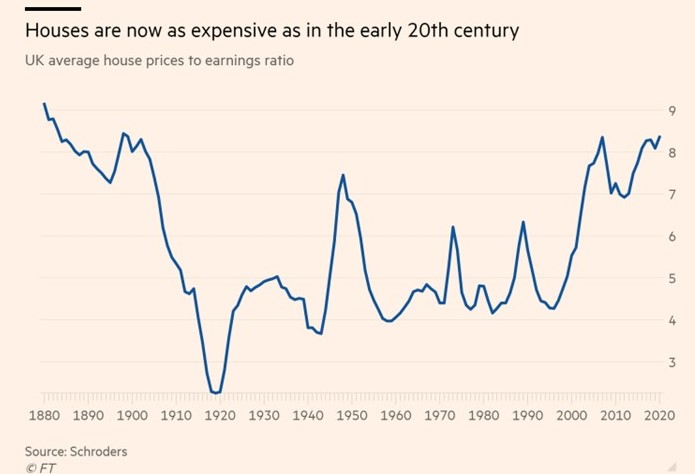 First, the ratio of average house prices to earnings in the fourth quarter of 2020 was 8.4, roughly the same as in 2007, just before the financial crisis and higher than in any other year since the 1880s. The ratio of price to earnings was only 4.3 in 1996, and averaged 4.8 from 1950 to 2000. Second, ratios of average house prices to male earnings diverge sharply by region, from 11.3 in London to 4.7 in Scotland in the first quarter of 2020. Third, housing completions averaged 325,000 from 1950 to 1970 (inclusive) and reached a peak of 425,000 in 1967. But average completions were a mere 182,000 from 1990 to 2019. Fourth, owner-occupation rose from 33 per cent in 1939 to 70 per cent in 2001, but fell to 64 per cent in 2018-19. Moreover, between 1997 and 2017, the proportion of people aged between 35 and 44 living in rental accommodation in England rose from 9 to 28 per cent. Soaring house prices helps explain the decline in owner-occupation, since that increases the deposit needed for purchase. But what explains those rising prices? A popular explanation is falling real interest rates, especially as this also explains the lower rise in rents than in prices. David Miles and Victoria Monro argued this in a paper for the Bank of England.

Yet, if that must be a part of the explanation, is it all of it? No, for two reasons. First, falling real interest rates are a global phenomenon. Yet OECD data show that UK house prices rose by 93 per cent in real terms between 2000 and 2020, but only by 29 per cent in Germany. Second, real interest rates have fallen for everybody in the UK. But the ratio of house prices to earnings in London, versus the average in the country, soared from 1.2 in 2005 to 1.7 in 2019. So there must be special problems in the UK and, within the UK, in London and the south east. There is no great mystery about what those problems are.

As Muellbauer and many others have noted, it is one of weak supply. If completions from 2000 to 2019 had averaged the same as between 1950 and 1970, then 2.9m more dwellings would have been completed, most of them, probably, in the areas under high economic pressure. This should have increased the supply of dwellings in the country by 13 per cent, and changed house price dynamics. 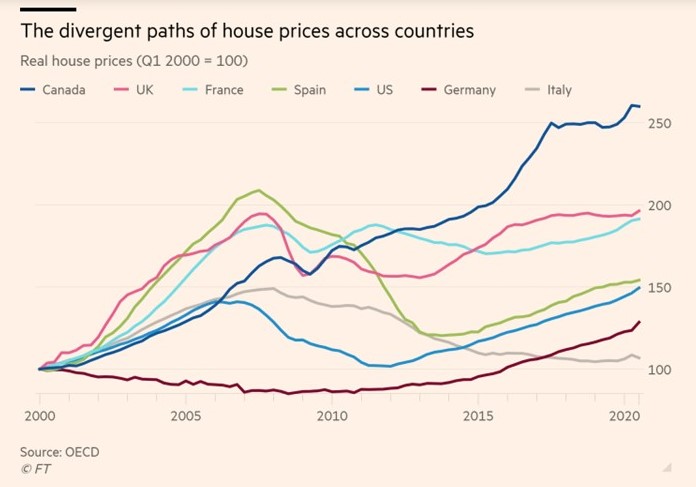 Those who argue that shortfalls in supply are irrelevant cite as evidence for this the fact that rents have risen less than house prices. But if in more dynamic regions such as London the expectation was for faster rent increases, the discounted rental value and so the price of housing would rise, especially under low real interest rates. The rise in prices relative to rents is thus no surprise. In brief, the fall in real interest rates has made these long-term real assets more valuable, especially in high-growth areas. This should have greatly increased their supply. That did not happen because the response of supply to price is so weak. It is a market failure. What is to be done? Here there are several dilemmas. 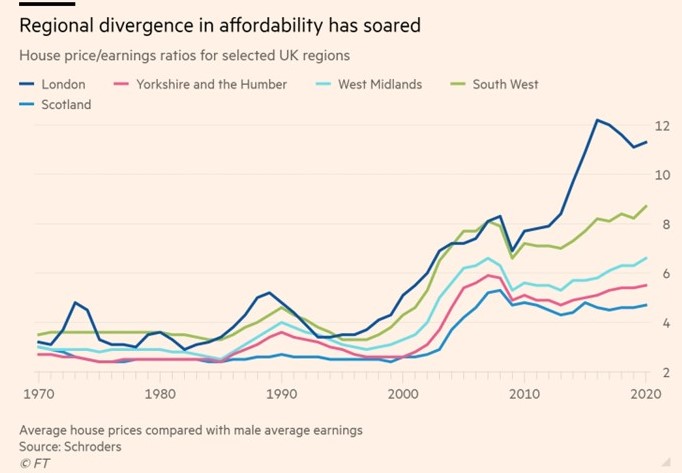 One is that anything that significantly lowers house prices  higher real interest rates or greater supply  would put a large number of households into negative equity and possibly create a great deal of bad debt. Another is that expanding supply where demand is strongest is problematic. The argument in favour is that this would allow more people to live where the job opportunities are. The argument against is that this would also reinforce already wide regional inequalities. 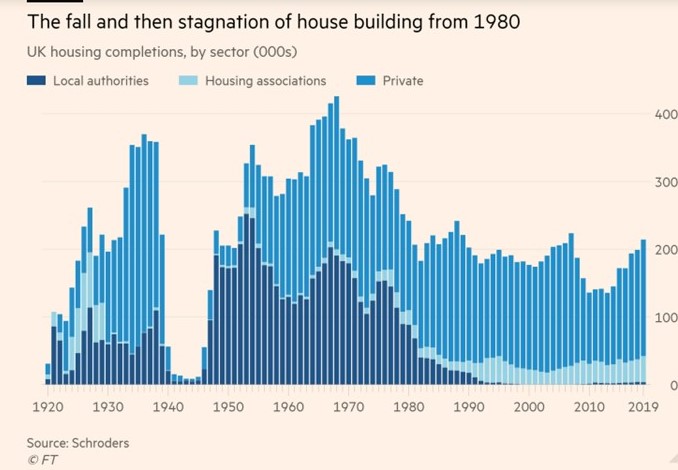 Yet greater supply in high-pressure regions must surely be part of the solution. In the 1950s and 1960s, when the UK built far more houses than recently, local authorities built more than half of all dwellings. When they were stopped from doing so, supply of new dwellings fell sharply. It is essential for local authorities to be more active in ensuring land availability and its development. Radical reform of land taxation is also crucial. How such things can be done will be the topic of a later column.