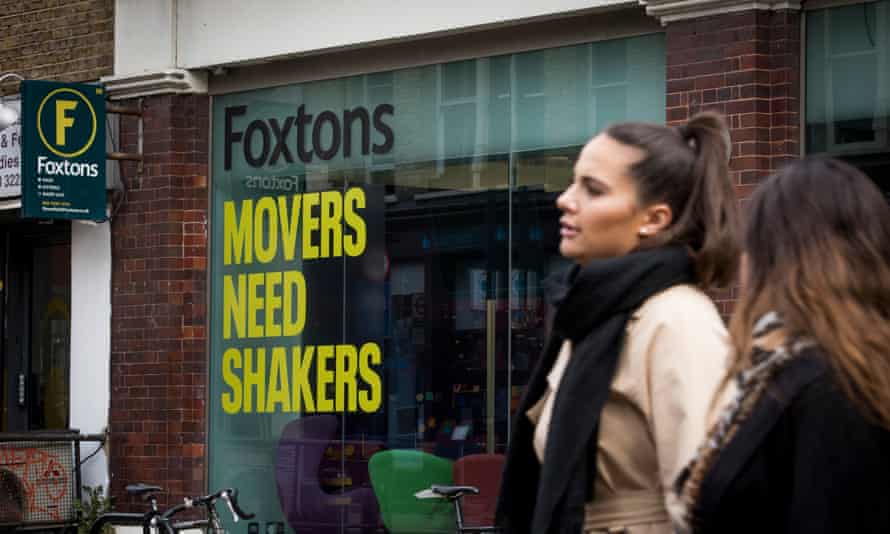 The average house price, according to the Nationwide building society, rose by £6,000 in April, or £200 a day. In the course of the month, the cost of property increased by 2.1%  the highest one-month jump since 2004.

Everywhere there are signs of boom conditions: buyers putting in offers without even seeing the property they are after; agents asking for best and final offers well in excess of the asking price; lenders trying to compensate for spiralling prices by offering cheaper home-loan rates and easier terms.

There is more to come. The Bank of England  despite evidence that the economy is emerging more rapidly from its deep winter freeze than expected  will keep official interest rates at 0.1% when it meets this week. Threadneedle Streets quantitative easing programme is creating the cash that is lubricating the property market.

At the Treasury, Rishi Sunak has extended the stamp duty holiday, which now comes to a final end in September, and with prices rising, buyers have an added incentive to get their deals done quickly. The fact that the housing market was in the doldrums last spring because of the first lockdown will mean double-digit house price inflation within the next few months.

In one sense, this is good news. The UK is so dependent on the state of the residential property market that the current burst of activity increases the chances of a rapid bounce-back from Covid-19. Homebuyers employ solicitors to do their conveyancing. They spend money on furnishings and white goods, ensuring shops and distribution centres stay busy. Even without the feelgood factor engendered by rising prices, there are considerable spill-over effects when the market is hot.

All that said, however, an incipient property bubble is unwelcome for a number of reasons. First, it entrenches already serious inequalities between young and old, between rich and poor, and between owner-occupiers and renters. It is not immediately obvious why a young couple desperately saving up to buy their first home but needing to find an ever-higher deposit would consider rising prices to be a good thing.

The second issue is that this is the wrong sort of growth. There is an awful lot of talk about the need to build back better from the pandemic, but that rhetoric sits oddly with a bog-standard recovery built on cheap money, property speculation and debt-driven consumption. Britain has been here many times before and it has never ended well.

The third issue is that the boom is bound to end at some point, either because policy is tightened, because prices become so inflated that first-time buyers are squeezed out and the market gums up, or because there is some other negative shock.

As things stand, there is only a limited chance of the sort of severe policy tightening that would lead to a crash. True, the end of the stamp duty holiday will act as a cliff-edge in the autumn, and so will put the brakes on activity over the winter. But it would require the Bank of England to push interest rates up markedly  to between 2% and 3%  later this year in order for buyers to face serious financial problems. Thats possible, but not probable.

The market losing momentum due to prices becoming too hot for first-time buyers looks a much more likely scenario, and is indeed what happened to check the boom in the mid-2000s. But an unexpected shock  a fresh wave of the pandemic, a sharp rise in unemployment caused by businesses being unable to cope when government support is withdrawn  would certainly weigh heavily on the market. Both are possible.