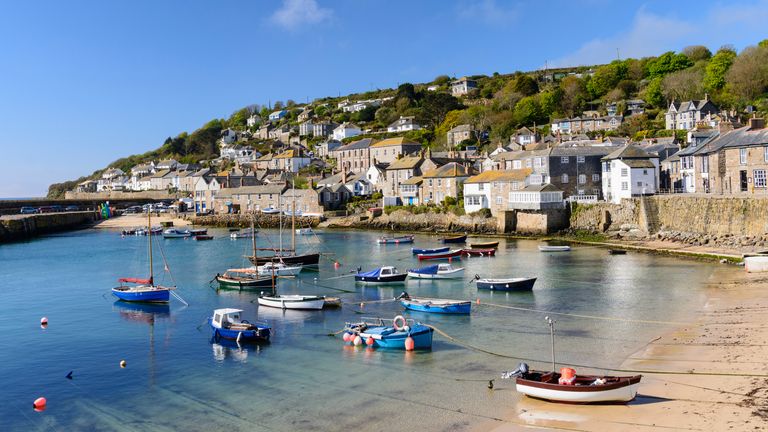 Housing market in Cornwall 'gone completely crazy' - adding to further strain on locals
The stamp duty holiday and people moving out of London during the pandemic has led to high demand for property in Cornwall.

The housing market in Cornwall is booming, but it means locals are struggling to get on the property ladder
Image:

Why you can trust Sky News

The number of people looking to buy property in Cornwall has risen by more than 140% - the highest growth rate of any county in Britain.

Analysis for Sky News by the property website Rightmove has found more than 15 million people searched for properties in Cornwall in the first quarter of this year, compared to around six million in the same period of 2019.

The property boom is putting further strain on locals trying to get on the ladder - and even renting property is becoming increasingly difficult. 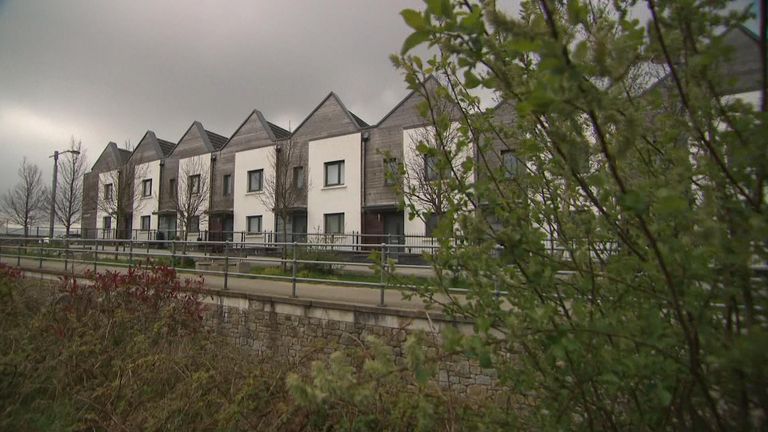 Image:Houses are in high demand in Cornwall, which has had a knock-on effect to the rental market
"In the last six months, it's just gone completely crazy... there's no let-up," says Deborah Plowright, from CAM Residential Lettings in Hayle.

"There's less and less properties on the market to rent and more people looking. We've got over 300 people on our waiting list look for properties," she added.

In the first quarter of this year, 15.2 million people searched for properties to buy in Cornwall - up 141% on the same period in 2019 - the highest growth seen in any county in Britain.

In January and February this year, Cornwall was the top location for property searches, above London.
According to Rightmove, asking prices of properties in the county have increased by 11% over the past year from £302,880 to £318,852.

Property experts say a cooling in asking prices is down to the purchase tax holiday deadline rather than renewed COVID-19 curbs.

The average rise across Great Britain is 5.1%.

Cornwall's property crisis is not new - but the COVID-19 pandemic has brought a number of issues to a head. 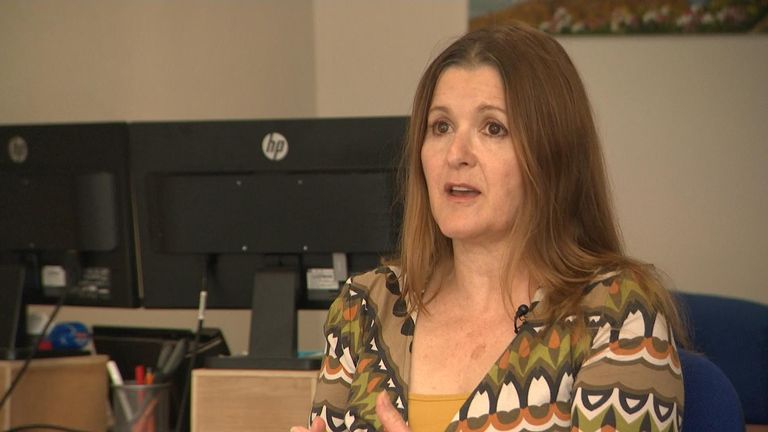 Deborah Plowright, from CAM Residential Lettings in Hayle, says the last six months have been 'crazy'
The stamp duty holiday extension until June - which suspends the tax on the first £500,000 of all sales in England and Northern Ireland - is thought to be partly behind increased interest, especially in those wanting to purchase second homes.

But a lack of housing supply, rising prices and the knock-on impact on the rental market are also factors.

Estate Agent James Berwick spoke to Sky News from a two-bedroom house in Hayle, which had just been sold for nearly £300,000 to a buyer from outside the county.

"The second-home market spans the whole market. From the most expensive to the cheapest," he said.

Coronavirus: From the shops to the skies - tracking the UK economy's progress

From assembly lines to runways, Sky's economics tracker presents an up-to-date picture of how different sectors are faring.

"There isn't an area it's not affecting. The biggest issue which is causing the problem is the lack of supply. That has an impact on every area of the market."

Cornwall is one of the poorest counties in the UK, and rising prices have compounded the problem.

The lack of housing means the rental market has become stretched like never before.

COVID-19 has plunged Britain into the deepest recession on record - and we're tracking where jobs are being lost across the UK economy.

"When we get a property to advertise I genuinely dread advertising it," said Ms Plowright.

"I try to go throughout the database. I filled two recently without even advertising it. I didn't dare, because we wouldn't have coped as a company because we would have fallen over with the amount of enquiries we had. 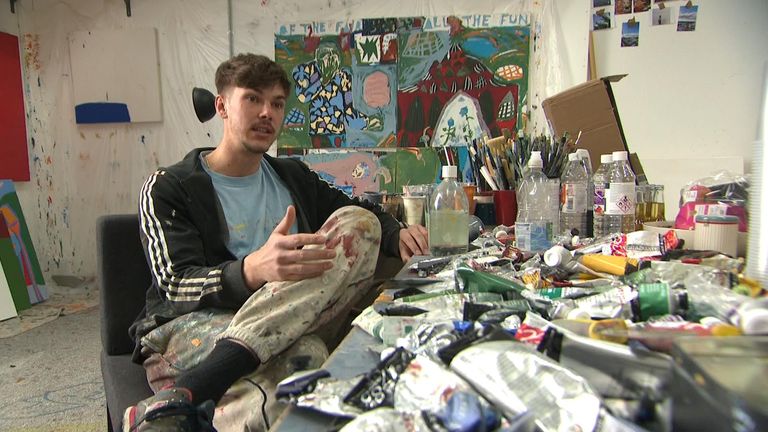 Dan Hollings has been trying to buy a house for two years, but has struggled to find a place due to demand
"The stamp duty holiday, and the extension of it, has created a stampede down here."

Artist Dan Hollings, 25, has been trying to purchase his first property for two years since studying at Falmouth University.

He said: "Everyone wants to be in Cornwall, everybody is moving down from London and cities to enjoy the Cornish lifestyle but then going back to work in London and up country.

"So their house is empty for 10 months of the year which is quite horrible when people are looking for houses and there are these empty houses with no one in them."