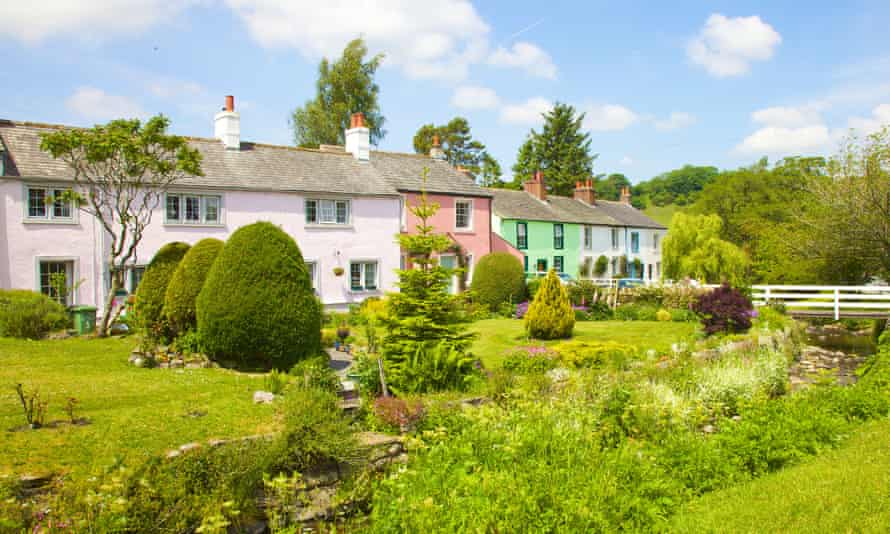 Brightly coloured painted houses in the Lake District
Halifaxs analysis showed a 1.4% jump in the cost of a home in April  taking the average selling price to a record high of just over £258,000. Photograph: Andrew Findlay/Alamy
Larry Elliott Economics editor
Mon 10 May 2021 10.48 BST

The monthly snapshot of the property market from Halifax showed a 1.4% jump in the cost of a home in April  taking the average selling price to a record high of just over £258,000.

The Halifax said almost £20,000 had been added to the average house price since the market came to a standstill during the first coronavirus lockdown in April 2020.

Although the stamp duty relief will be phased out in two stages in June and September, the bank said it expected demand for property to remain strong in the next few months.

Savings built up over the months in lockdown had given some buyers even more cash to invest in their dream properties, the lender said, while the new mortgage guarantee scheme might have eased deposit constraints for some prospective homebuyers who previously thought their first step on the housing ladder was a few years away.

It warned, however, that the possibility of higher unemployment after the end of the governments furlough scheme in September was likely to result in a slowdown in house price inflation towards the end of 2021.

Wallasey in Merseyside tops list of British property hotspots
Read more
The influence of the stamp duty holiday will fade gradually over the coming months as its tapered out but low stock levels, low interest rates and continued demand is likely to continue to underpin prices in the market.

Galley said the expectation was that recent levels of activity in the housing market would be sustained over the short-term as buyers continued to search for more spacious homes.

There is growing optimism in the long-term outlook of the UK economy as the vaccination programme continues at pace, yet we remain cautious about the medium-term prospects of the housing market, he added.

The Halifax survey was the latest piece of evidence of strong demand for homes. HMRC monthly property transactions data showed UK home sales increased in March 2021 to their highest ever level  up a seasonally adjusted 32.2% from February to 191,000.

Howard Archer, an economist at the EY Item Club, said: The market is likely to have near-term support from the extension of the full stamp duty threshold increase from end-March to end-June and then partially to end-September, and from the introduction of a mortgage guarantee scheme for people with low deposits.

Meanwhile, the market will also be aided by unemployment rising less than previously expected due to the extension of the furlough scheme to the end of September.

Nicky Stevenson, the managing director of the estate agent group Fine & Country, said: The air is thin up here and, even though all buyers know in their hearts that things will calm down and growth will slow later this year, they are still frantically bidding up prices.

Incredibly, the stage is set for this rally to continue and the market may be about to get its own vaccine bounce, like the one delivered to Boris Johnson this week. That broader optimism is still being complemented by improving weather, the imminent loosening of Covid restrictions, low interest rates, a yearning for more space and the fact that many homeowners have saved thousands of pounds not being able to go anywhere.