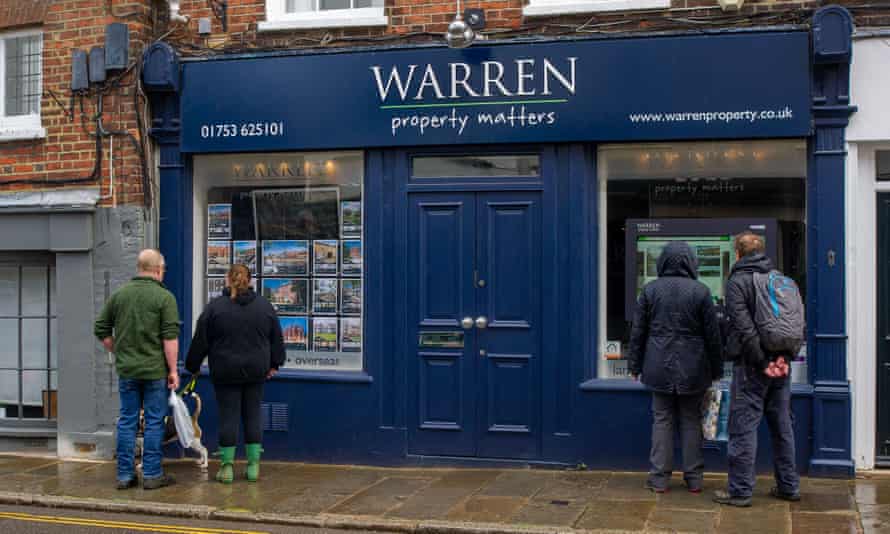 
House prices across the UK grew at the fastest pace in March since shortly before the financial crisis hit in 2007, according to official figures.

With buyers rushing to take advantage of the governments stamp duty holiday, extended to the end of June, the average UK house price climbed 10.2% in the year to March, up from 9.2% in February. This is the highest annual growth rate the UK has seen since August 2007, said the Office for National Statistics. 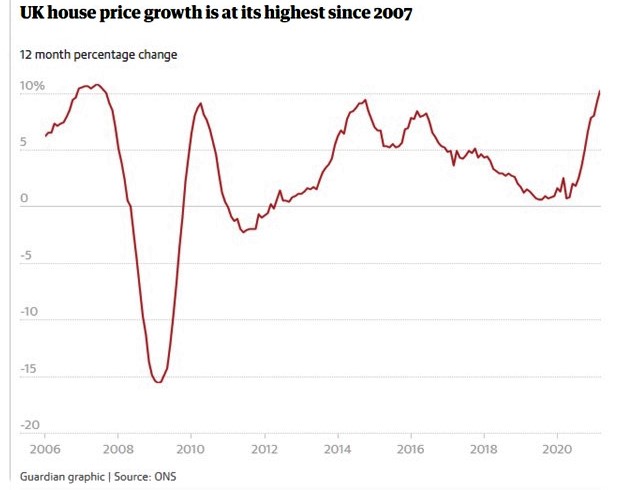 London remains the area with the lowest annual growth for the fourth month running, down to 3.7% from 4.4%, suggesting that the exodus from the capital has continued, as a shift to working from home prompted many office workers to reassess their housing and commuting needs. However, the average price in the capital remained the most expensive of any region at £500,000 in March.

House prices have been surprisingly strong through the pandemic, and growth has accelerated since the second half of 2020. The stamp duty holiday, extended for a further three months to the end of June in the 3 March budget, has fuelled demand, along with working from home, which has led many to seek out larger properties with gardens, often in leafy locations outside big cities.

The ONS said the average price of detached properties increased by 11.7% in the year to March, while the price of flats and maisonettes went up by only 5%.

The low cost of borrowing has also fed the frenzy in the market, with the government encouraging lenders to offer first-time buyers 95% mortgages through a guarantee scheme that runs until the end of 2022.

The stamp duty holiday, introduced by the chancellor last July, means properties up to £500,000 will incur no tax when sold, while the thresholds for Scotland and Wales were £250,000. The tax holiday in Scotland ended at the end of March, and is due to end on 30 June elsewhere. In England and Northern Ireland, the threshold will fall to £250,000 until 30 September, before returning to its original level of £125,000.

Mike Scott, chief analyst at the estate agency Yopa, said: We believe that the lifting of Covid-19 restrictions  combined with peoples reassessed post-pandemic housing needs, the accidental savings that many have made over the past year and the desire for a post-pandemic fresh start  will keep house prices high for at least for the rest of this year.

There may well be price decreases in some market sectors, such as inner-city flats, but these will be more than outweighed by price rises for property types that are in high demand for the post-pandemic lifestyle.