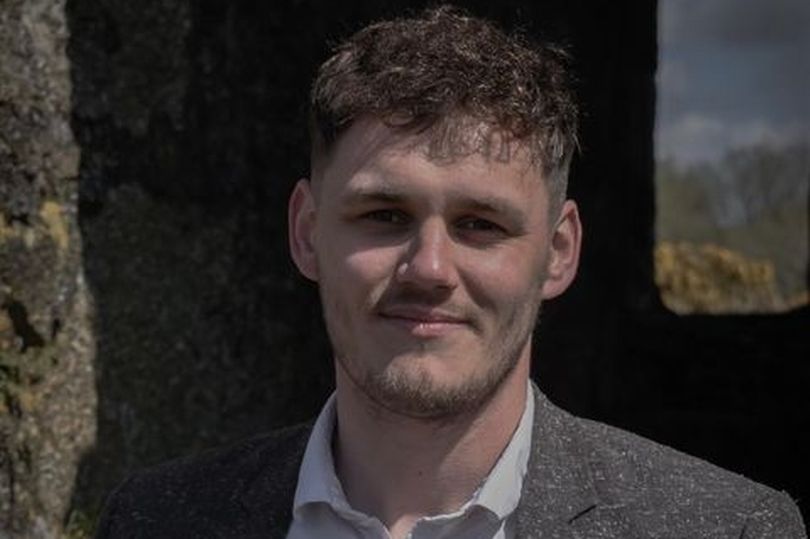 With property bidding wars, rising prices and what feels like a gold rush for Cornish homes, first-time buyers are increasingly feeling the squeeze.

The issue is making them feel as though they cant - and maybe never will be able to - afford to live where they grew up.

One couple, Jackson and Holly, were lucky enough to have their seller bat away huge offers from elsewhere, and secure their home.

But as Jackson explained after securing the home in west Cornwall: As soon as you see somewhere you like its gone. When youre talking houses out of our price range, then fair enough, but when its first-time buyer prices, and theyre going like that, you cant help but think, for Gods sake. Its obviously locals after that, cant people give us a bit of a chance? Read the couple's full story here.

You can stay up-to-date on the top news near you with CornwallLive's FREE newsletters  find out more about our range of daily and weekly bulletins and sign up here or enter your email address at the top of the page.

Offering some advice to locals who want to get that first foot on the property ladder is 29-year-old estate agent Nick Brown, who has been working across Cornwall as an agent for ten years now.

He said the market is really tough for locals, especially those who are feeling priced out of where they used to live.

However, there are ways to avoid being outbid or to use that local link to your advantage.

Nick started by breaking down the problem. People come up with theories, but there are logical reasons for it all, he said. Off the back of Covid, people are changing the way theyre operating all sorts of business. They can work from home and want to be more open for families, children and social circles.

Cornwall has always been one of the most desirable places to live, but now people can run a law firm remotely and visit London once per month.

As well as this he said mortgages have meant that, despite the issues for first-time buyers, it is now easier to borrow money.

We had a property market which was already hot, then the Government poured petrol on it, Nick said.

He was referring to 95 per cent mortgages, which have opened the market up for a lot of people.

On the flip side the stamp duty holiday has meant people buying up houses for the purpose of renting them out, or for holiday home usage, has fewer drawbacks.

All of this, mixed with low interest rates at the moment, has sent more people looking to buy houses in Cornwall than ever.

He also explained why some houses are seeing particularly tough competition, adding: The properties doing sensationally well are old-style Cornish town houses and cottages. Thats where the out-of-county market is coming in. When they move down, it needs to feel like youve moved to Poldark.

Small little bungalows are the most expensive of their class normally, and they get the bids.

They appeal to everyone - first-time buyers can afford them, people buying to let can rent them out, elderly people dont have to worry about stairs, and the same for people with young children.

Thats partly why everythings over the value price at the moment.

Make it clear you have no strings attached

Nick said first-time buyers have one thing which no-one farther up the property ladder has - nothing.

This might sound like a disadvantage, but he explained: You have the time and flexibility because you arent selling a house. The person will be looking to move on, and you can offer a chain-free timescale. If youre happy to wait a few months and be patient, you are far more likely to be accepted.

This, he said, is something which people selling up cannot necessarily do.

Nick continued: If theres the option between a chain of four houses for a few grand more than a first-time buyer who can be flexible - thats a strong position to be in.

Make that clear when you are putting an offer in. When my buyers have been willing to wait, it makes things easier.

While some people will chase the highest offer, Nick said more people than youd think care about the type of buyer coming into what could be a treasured family home.

There is always a place for genuine buyers, he said, and the busier it gets the less genuine people become.

Its important to appeal to the owner and not just the agent. The agents might try and get more cash, but one thing you can do is pop a letter through the door of the seller and the agent, telling them youre a first-time buyer in the area.

Telling them this can be a real advantage.

Get your finances sorted first

It might sound obvious, but Nick said a large number of first-time buyers try to send in offers before they can guarantee anything.

This, he thinks, is a mistake.

Once you have your mortgage sorted, you are in a position of power, Nick said. Sellers often want to upscale, and being ready to buy when they need to is worth its weight in gold.

View everything in the price bracket

From experience, Nick said local first-time buyers, understandably, have a certain town or village in mind they want to move to, or a type of house.

Going back to his point about bungalows, he explained that finding somewhere ideal for a first home will put you up against people moving down with experience buying - and probably a very large wallet.

You will know the area better than the other buyers," he said. "A friend of mine had to look somewhere he hadnt considered at first, but it worked out.

Towns like Hayle, Camborne, Redruth, and St Austell, he said, lack a lot of newbuild homes, so properties which do come up on the market end up being snapped up by dozens of buyers.

Instead, he recommended looking for somewhere a little more obscure, without needing to move to the complete middle of nowhere.