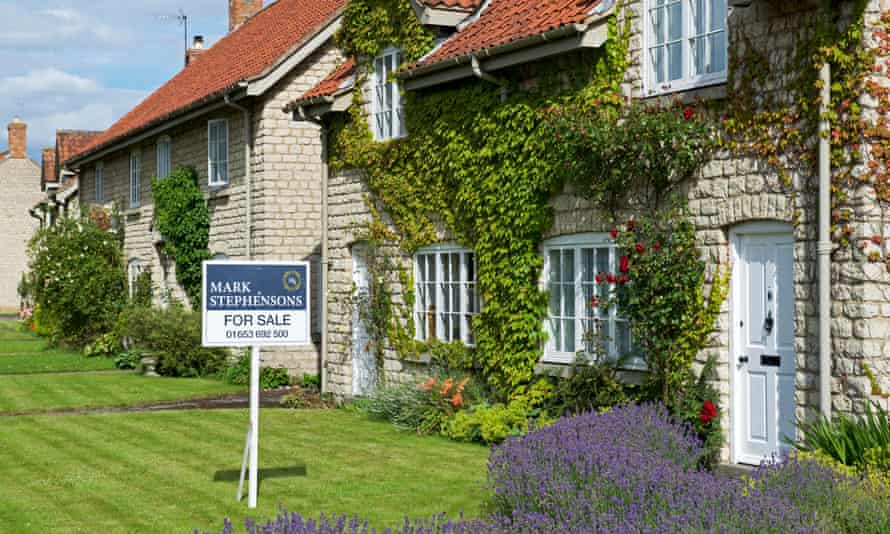 Property market on course for its busiest year since 2007, as new data defies expectations in race for space

House for sale sign in lawn of house in village

The total value of homes sold in the UK is expected to reach £461bn this year, a jump of 46% on 2020, indicating the current housing market boom is likely to continue, according to a new prediction.

The property website Zoopla said its projections indicated the property market in 2021 was on course to be the busiest for 14 years.

Its figures come on the back of data showing that the sector has defied expectations over the past year to notch up double-digit price growth.

Last week the Office for National Statistics said average UK house prices in March had increased by 10.2% in a year  the highest annual growth rate since August 2007, before the financial crisis hit.

The stronger-than-expected growth has been fuelled by a combination of factors, including the stamp duty holiday introduced last summer, new government guarantees for mortgages, and the race for space that has seen many would-be homebuyers prioritise properties with bigger gardens and more room for working from home.

Zoopla  which claims its figures are based on the largest underlying data sample of any UK house price index  said its projections indicated that home sales would reach 1.52m in 2021  a rise of 45% on 2020. If that were to happen, it would mark the highest level of activity since 2007 and mean that this year was one of the top 10 busiest years since 1959.

Demand for family houses is exerting upward pressure on prices, and it is locations away from London and the south-east where buyer interest continues to be strongest.

Zoopla said the hottest housing markets  in terms of both price growth and the time taken to secure a sale  were Wales, Yorkshire and the Humber, and north-west England.

In the more central parts of London, by contrast, homes are taking nearly two months to sell, which is two weeks longer than the 2017-19 average, while inner London prices are almost unchanged on a year ago.

Average prices are falling in the City of London (down 2.5% year-on-year), Kensington and Chelsea (down 1.7%), Westminster (down 2.2%), and Hammersmith and Fulham (down 1.4%). These areas have been particularly affected by the global shutdown of international business and leisure travel due to the pandemic, said Zoopla.