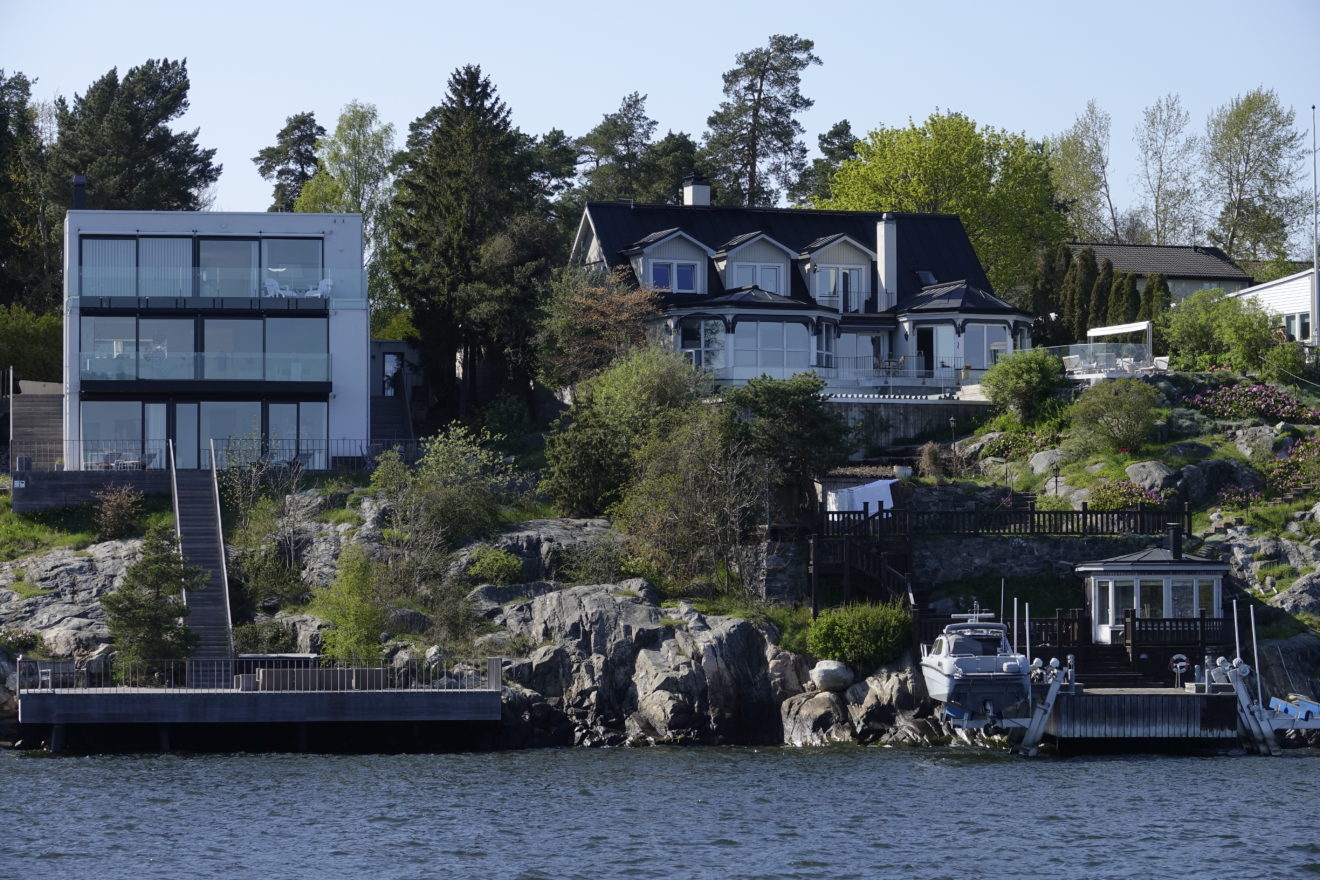 Market watchers assumed house prices would stay steady or even fall during the pandemic. But that isnt what has happened.

STOCKHOLM  Europes economies are facing a new threat as a result of the coronavirus pandemic: house-price bubbles.

Traveling northwest from the center of Stockholm, the million-euro houses used to peter out after the well-heeled enclave of Bromma.

But that is changing.

Last week, two 1930s properties in Södra Ängby, a suburb beyond Bromma, were listed for 1.4 million each. In Hässelby, at the citys northwestern edge, a house with a lake view was listed at 1.5 million.

It is a sign of the times. While these properties have yet to sell, statistics suggest they may well achieve their lofty valuations.

Average property prices across Sweden have risen 19 percent over the past 12 months, according to a recent report by the price tracking company Valueguard. The rise is sharper for houses than for apartments  23 percent versus 12 percent  and around well-heeled Bromma, prices are up around 25 percent, according to locals working in property sales.

Ive been working as a real estate agent for 17 years and Ive never seen prices rise as fast as what weve seen over the past year, said Pär Gunnarsson, who works at the Bromma office of Fastighetsbyrån, a Swedish property company. This is extreme.

The situation in Sweden is illustrative of a wider trend across Europe that has taken policymakers by surprise.

When the pandemic began, market watchers generally assumed house prices would stay steady at best and could even fall as an economic slowdown worsened, but that isnt what has happened.

As citizens were confined to their homes, unable to spend money on restaurants or travel, many peoples focus shifted to a living-space upgrade.

This appetite for a bigger apartment, or ideally a house, drove average prices across a number of housing markets higher, especially in parts of Central and Northern Europe, data show.

In the Netherlands, prices rose 15 percent over the past year, while in Austria the increase was 12 percent. In Germany, prices increased 11 percent and in the U.K., 10 percent.

The Swiss bank UBS has highlighted the cities of Munich, Frankfurt, Paris and Amsterdam as at risk of housing-market bubbles, and Stockholm and London as appearing overvalued.

At the same time, many national central banks have continued to throw more fuel on the fire, holding interest rates at close to record lows to help businesses survive.

That has also made it cheaper for households to borrow more to fulfill their house-buying dreams.

The worry now is that as the wider economy recovers, central banks will have to raise interest rates to choke off growth and house buyers might find themselves with debts they cant service. If they then rein in spending, that would hit the recovering economy. If they have to sell their new houses, that would reveal a bubble just as it pops.

I dont want to use words like worried or not worried, but these have been surprising developments when it comes to house prices over the past 12-15 months, said Cecilia Skingsley, deputy governor of Swedens central bank, the Riksbank. We hadnt experienced a pandemic in modern times, so we didnt know how it would go, and now we can see that prices are rising not just in Sweden, but in a lot of similar countries such as France and the U.K. and so on, she said.

One of the first banks to dial back the stimulus was Icelands central bank, which last week raised its main interest by 0.25 percentage points to 1 percent.

Other central banks across Europe are noting the rising cost of houses.

In its May Financial Stability Review, the European Central Bank said that while house-price growth has varied across the 19 countries that use the euro, prices were trending upward.

Financial supervisory agencies, or FSAs, which in many European nations have responsibility for financial stability, are also keeping a close eye on things.

In Sweden, at the start of the pandemic, the FSA allowed mortgage-holders to pause the regular payments they are required to make on their loans.

That option will be taken away on August 31.

The risks are increasing to the extent that we dont think there is a good reason to maintain the relaxation of the rules, Swedish FSA chief Erik Thedeen told local media.

In the U.K., a tax break introduced on home purchases in July 2020 will be phased out from June 30 this year.

While economists largely believe that with the right management by central banks, FSAs and lawmakers, trouble on the housing market can be avoided, many are growing concerned about the risks for the year ahead.

I am a bit worried, with the stimulus from the central bank and lawmakers there is a risk of overheating, Annika Winsth, chief economist at the big Nordic bank Nordea, told Swedish daily SVD. This creates a risk of bubbles in many different segments.

For now, buyers in Stockholm continue to fight over their dream houses, with deals often struck before a house even goes on the open market.

In Hässelby, one of a small number of undeveloped housing plots that remain in the suburb went up for sale last week.

On it stood only the mossy remains of a wooden shed-like summer cottage from the middle of the last century, but it was still listed at around 300,000.

Within a couple of days it was off the listings, presumably sold.

There is great interest in every house which comes on the market, estate agent Gunnarsson said.  And as soon as a lot of people are interested in the same thing, prices rise.