And good riddance to cold calling 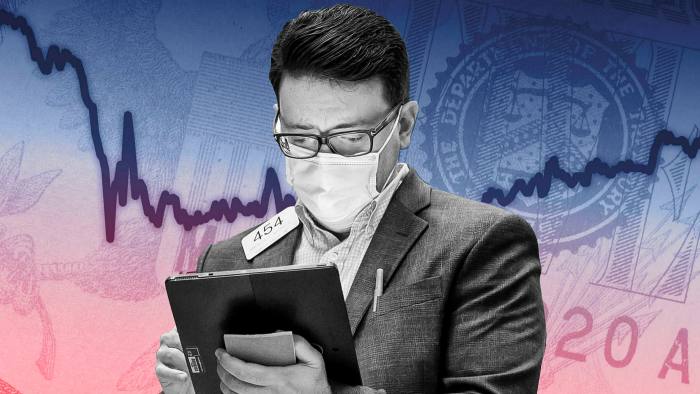 Yesterdays note about Jeremy Grantham provoked a lot of email saying that he is a mean old permabear who always has something bad to say about stocks.

My own view is that his best call was bullish, made precisely as the market bottomed in 2009 (see here). In any case, you bulls will have to be patient for one more day, because today Im going to write about unpleasantly high prices again. Tomorrow Ill find something more cheerful to write about. Do we have to worry about house prices, too?  If you must have asset bubbles, its better to have them one at a time. In Japan in the 1980s, there were epic bubbles in stocks and housing at the same time, and the damage done was immense.

So if we are going to be paranoid about US stocks (as this newsletter has been in recent days) should we not consider whether American house prices are out to get us, too? Heres what US house prices have done, using the most canonical index, the Case-Schiller: House prices have been accelerating steadily since last summer. The more timely, if less authoritative, data from the National Association of Realtors suggest that the Case-Shiller index is going to keep on accelerating as it rolls in over the coming months:

The question is whether the remarkable recent growth (almost 20 per cent in April!) is down entirely to post-pandemic supply bottlenecks (the massive spikes in the price of lumber, for example) and higher demand from the reopening economy, or whether there we are seeing late bull market speculative activity/desperate yield-seeking cross over into housing.  A standard measure of this would be the percentage of home purchases that are not owner-occupied, that is, which have been bought to flip or to rent for the yield (see this paper, for example). But I have not yet been able to find timely estimates of this, so we have to look (for now) to context, anecdotes and expert opinion.

One important piece of broad context, which should make us worry less about speculation, has been offered to me by Dimitris Valatsas, chief economist at Greenmantle. He says the simple scarcity of US houses is more important than the much-discussed labour and materials bottlenecks. In the long recovery of the past decade, the US has under-built. For every job added, just 0.5 houses were constructed. The long-term average is 0.7. That ratio suggests that, as of 2020, the US was 3.5m houses short. So as the US builds more houses (and it is building more) the price pressure should abate (Valatsas is more worried about how the prices of second homes have run up, though).

Professor Robert Schiller himself, developer of the index and an expert on why markets overshoot, said the following late last week on the business news channel CNBC: There are times in [market] history where we have more latitude for our emotions and more social excitement and it seems like this is one of those periods . . . Just now [we set] a new record in real terms, [house] prices have never been so high, so its something . . . I dont think the whole thing is explained [by] central bank policy. There is something about the sociology of markets thats happening. The question is whether they can stabilise it without causing it to crash, and that is hard to do. Here is the chair of the Federal Reserve Bank of Dallas, Robert Kaplan, talking a few weeks ago.

He sees Wall Street capital entering the market hard: Home prices are at historically elevated levels, and in addition, increasingly over the last six to eight weeks, Im hearing more and more widespread reports of private investors entering the single-family housing market, competing with families, often making bids sight unseen above the asking price and requesting that the house remain furnished. So, were in a position where single families are being crowded out, or squeezed out, of being able to buy their first home . . . This is an example of an excess, maybe an unintended consequence, a side effect of these extraordinary [Federal Reserve] actions. 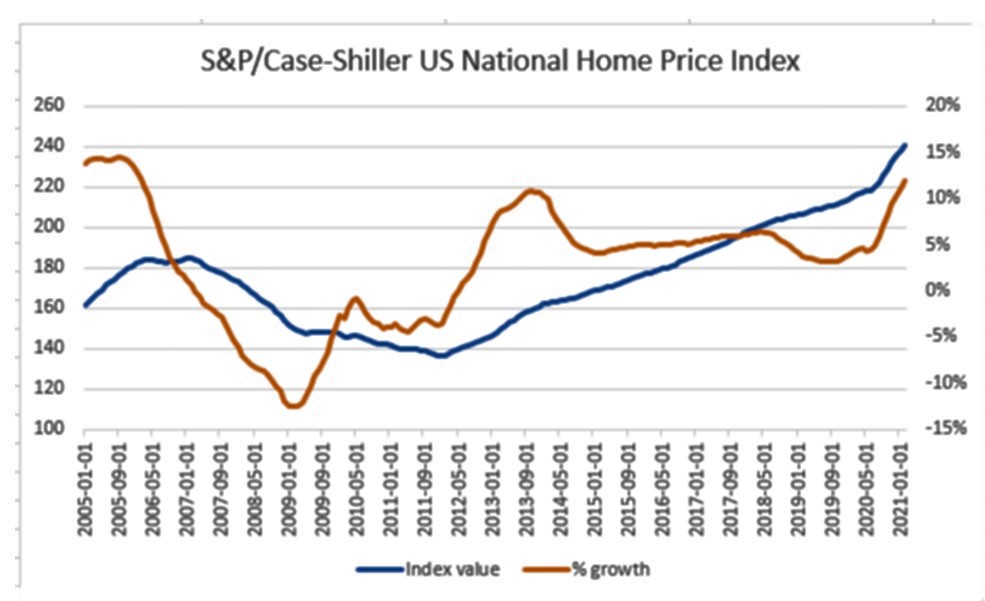 There are lots of such anecdotes to be found. Big investors hold lots of cash and want yield. A Bloomberg story published on Friday noted that Cerberus Capital Management bought more than 200 homes from home-flippers in the first quarter, which the company will rent out. The most striking bit: Cerberus . . . operates more than 24,000 rentals through a portfolio company called FirstKey Homes. 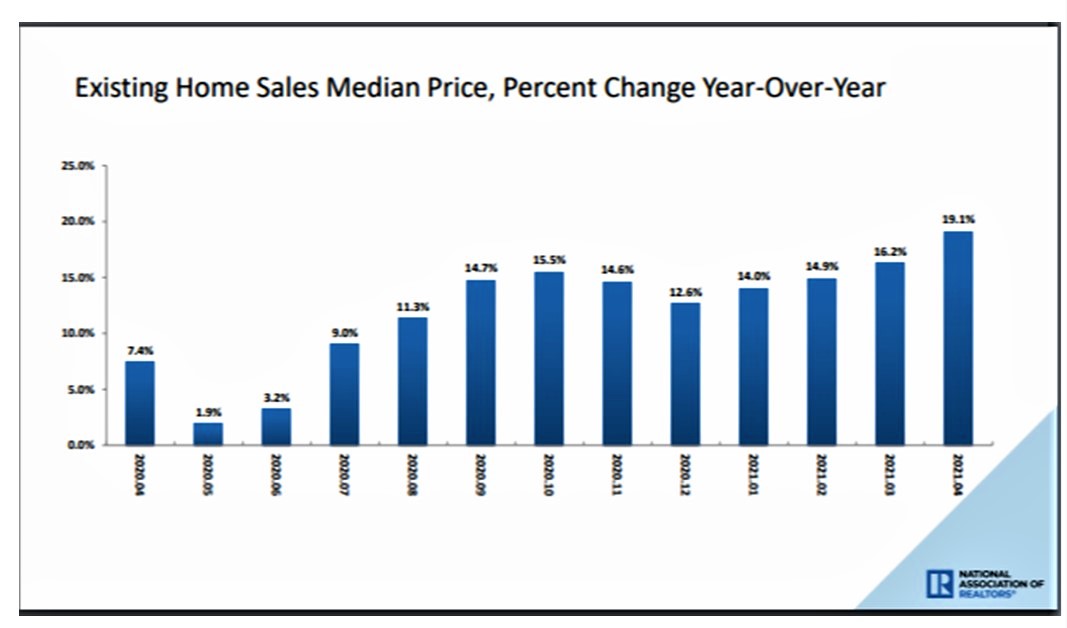 The firm recently borrowed $2.5bn against a portion of the property portfolio at a fixed rate of 1.99 per cent, according to Kroll Bond Rating Agency. If it is possible to borrow $2.5bn at 2 per cent fixed to finance rental housing, what are house prices are going to do, and what will they do if interest rates rise? There are solid fundamental reasons for house prices to rise quickly, but a strong smell of cheap money and speculation hangs over the market, too.

Ill keep chasing better data. Email is no longer for cowards: cold calling With a pang of nostalgia I read that Bank of America trainee brokers will no longer be allowed to cold call potential clients. In this time-honoured practice, ambitious young Wall Street people call zillions of complete strangers and ask them to buy stock or bonds (see this scene from Boiler Room, in which Giovanni Ribisi plays a flipper  a rookie who must immediately hand over initial contacts to a more senior salesman). I am nostalgic about cold calling only because I never did it.

So I spoke to two people who got their start doing it. The first described his cold-calling math this way: he dialled 1,000 numbers to get 100 people to talk to him for more than 30 seconds. Of these real conversations, 10 turned into leads, people he had a real shot with. One lead in 10 turned into a sale. So: 1,000 calls, one sale. Those numbers were robust over time. It really, really worked, he said. It was remarkable that people would give their money to someone they had never met. The downside, he said, was that cold calling gave a big advantage to rich kids, who could grab the phone directory from the country club where they grew up playing tennis (or whatever) and work their connections.

It screws up the kids without the networks, he said.  The other former cold caller, who worked in a particularly bare-knuckled shop, took a darker view (I have taken out an adjective that was repeated throughout): Psychologically, its better not to cold call at all. Its hard. Its a lot of people telling you to go away. Who is going to give you money on a cold call? This is supposed to be a relationship business. One good read Paul Krugman says the Fed is not monetising the national debt. I hope he is right, but I have to think about it more. robert.armstrong@ft.com