House prices soar 10.9% to seven-year high in 'race for space' 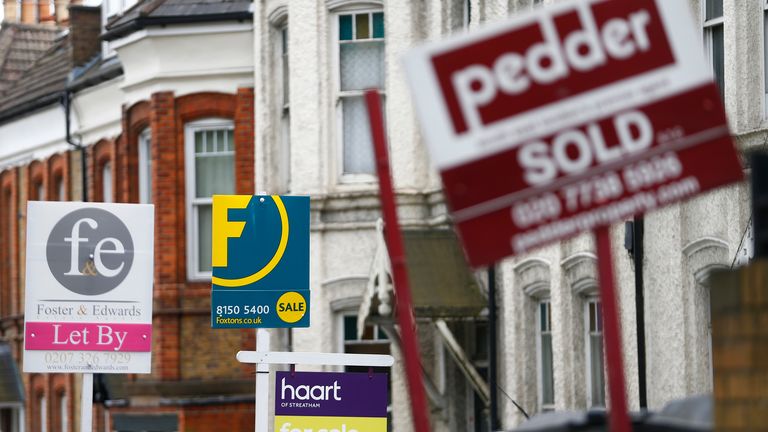 A buying frenzy in the wake of the pandemic has driven house prices to a near-seven year high, amid warnings activity could stall.

Estate agents boards are lined up outside houses in south London June 3, 2014
Image:


House prices in the UK jumped by an annual 10.9% driven by shifting preferences and buyers seeking new homes in the wake of the pandemic.

The data, collected by mortgage lender Nationwide, shows the largest rise in house prices in almost seven years, which hit a fresh record high at an average of £242,832.

According to a survey conducted by Nationwide, the majority of buyers would be considering a move even without the tax incentive recently extended by Chancellor Rishi Sunak - although the stamp duty holiday was helping to maintain momentum, the company said.

The key factor driving prices up now is shifting housing preferences, according to Nationwide's chief economist Robert Gardner said, which are "continuing to drive activity, with people reassessing their needs in the wake of the pandemic."

There is now "a race for space" with more people looking for a garden or easier access to parks, and the majority of people "looking to move to less urban areas."

At the start of lockdown in March last year, buying activity plummeted with housing transactions falling to a record low of 42,000 in April 2020, Mr Gardner said.

He added that the extension of the stamp duty holiday from its original end date of March helped to maintain momentum in the market, but it is not the key factor pushing up prices now.

And while Nationwide predicts room for growth in house prices over the next few months, a rise in unemployment when the government's job protection schemes come to an end could potentially see activity abruptly fall, it said.

There is also a "risk that demand gets ahead of supply and that will lead to a more generalised pick-up in inflationary pressure," according to the Bank of England Deputy Governor Dave Ramsden.

Mr Ramsden told the Guardian in an interview that the central bank was "looking carefully at the housing market and a raft of real-term indicators."