Gap between supply and demand for homes at widest level since 2013, says Rics 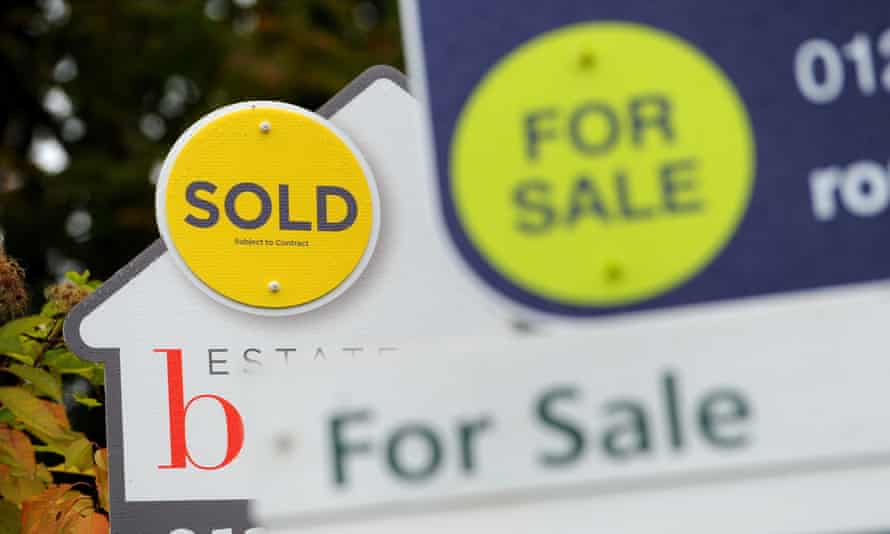 There has been a rise in number of new sales agreed as buyers try to beat beginning of phasing out of tax break at the end of June. Photograph: Andrew Matthews/PA

UK property prices are set to continue to rise after the gap between demand for homes and supply grew to its widest level since 2013, surveyors have reported.

The latest monthly snapshot of the market from the Royal Institution of Chartered Surveyors showed new listings had failed to keep up with the number of interested buyers in May, driving up prices across the UK.

The group said that upwards pressure on prices had intensified for the fourth month running, with the stamp duty holiday in parts of the country one of the factors driving demand.

It said estate agents were still reporting increases in the number of new sales agreed, as buyers tried to beat the beginning of the phasing out of the tax break at the end of June.

Advertisement
After that date buyers in England and Northern Ireland will pay tax on the value of purchases over £250,000, unless it is their first home, while in Wales the threshold will go back to £180,000.

Rics said that while its members had reported an increase in inquiries from new buyers in May, new instructions coming on to the market have become increasingly scarce over recent months.

As a result, the gap between inquiries and instructions was at its widest since November 2013, when demand was buoyed up by the recent launch of the help-to-buy programme and a funding for lending scheme to support mortgages.

Rics said agents expected more properties to come on to the market over the summer, and the phasing out of the stamp duty holiday to lead to a slower rise in activity.

However, there was no sign of house price inflation losing any steam, it said, and agents were predicting rises over the short and long term. Recently two of the UKs largest lenders Nationwide building society and Halifax both reported annual price increases of about 10%. The average UK house price is £256,000, according to the Office for National Statistics.

Simon Rubinsohn, chief economist at Rics, said: Ending a tax break always has the potential to be a little disruptive for a market but with the economy performing better than could have been expected even a short while ago and the cost of money still at rock bottom levels, the principal drivers supporting demand will remain in place even after the expiry of the stamp duty holiday.

More challenging is the question of supply, a theme coming back strongly from respondents to the survey both with regard to the sales and lettings markets.

Separate figures from Rightmove suggest that the rush to beat that stamp duty deadline means that more than 704,000 homes are in the process of being sold across Great Britain  the highest number in a decade.

The listing site looked at how many homes were marked sold subject to contract and found the number had gone up from 613,000 at the start of the year as new sales were being agreed much faster than those in the pipeline were being completed.

Rightmoves director of property data Tim Bannister said: The easing of restrictions, extended stamp duty holiday, better mortgage availability for first-time buyers, race for space and relocation plans have all combined to create the biggest conveyancing logjam weve ever recorded over the past 10 years.