In defence of buy-to-let landlords


Property owners have not received much credit during the pandemic 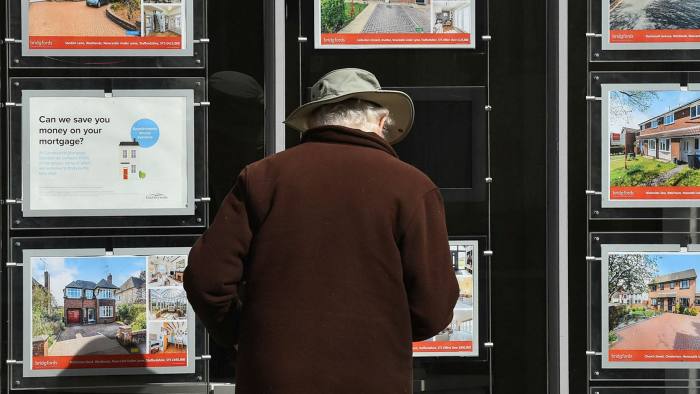 Its sometimes hard to feel sorry for buy-to-let landlords  but I feel that someone needs to speak up in their defence.

This week, the eviction ban in place throughout the pandemic started to ease in England, promoting one charity to predict a wave of homelessness as landlords prepare to boot out tenants who cannot pay the rent.

Before you all scream Boo! Greedy landlords!, I feel an untold aspect of this story is the huge numbers of private landlords who have worked with their tenants to avoid precisely this situation.

In fact, the landlords, lenders and professional advisers that I have spoken to this week reject the suggestion that we will see a stampede to the courts to obtain repossession orders now the ban is lifted.

While evictions are very much viewed as a last resort, the finances of landlords and tenants have been severely strained during the pandemic  something that is going to have long-lasting repercussions on the personal finances of both groups, as well as the attractiveness of being a property investor.

Since the eviction ban was imposed last March, the government has expected private landlords to bear the cost if their tenants could no longer pay the rent.

The official advice was essentially negotiate with your tenants and try to muddle through.

In a survey at the start of this year, the National Residential Landlords Association (NRLA) found more than half of its members had lost rental income during the pandemic. One in five landlords with arrears said they were owed more than £5,000; those in London tended to fare worse than those in the regions.

Some help for landlords was available in the form of mortgage payment holidays. The boss of one of the biggest buy-to-let lenders told me that one in five of his customers had requested this at the height of the pandemic, although fewer than 1 per cent of these borrowers had gone on to request any further forbearance.

Instead, most landlords with rental shortfalls have been using their own savings to cover the mortgage payments. Note that a landlords personal income is rarely taken into account by buy-to-let lenders, which has no doubt prevented a widespread uptick in arrears.

Tessa Shepperson, the solicitor behind the popular Landlord Law advice website, notes the forbearance of very many landlords who have given tenants rent breaks and reductions to help them through the pandemic.

She says most landlords recognise that its been better to have a happy tenant paying something rather than an unhappy one paying nothing, hoping that rental income will bounce back as the economy recovers.

Assuming rental arrears are the only problem, she feels the alternative of pursuing an eviction through the hugely awkward and difficult courts system is a gamble, not least because of the time this is likely to take.

Before the pandemic, it was taking around a year for courts to hear repossession cases. The London School of Economics predicts court bottlenecks and Covid-19 restrictions could lengthen this significantly for all but the most serious cases.

However, 15 months into the pandemic, there is a limit to how much support landlords can continue to provide and many fear what will happen when the furlough scheme comes to an end.

Some landlords have had properties handed back to them by tenants who have racked up large debts. Shepperson says depending on the size of these, many landlords wont bother pursing them through the courts.

Its very difficult to enforce county court judgments (CCJs) so most landlords will take the deposit money, and leave it at that, she says.

Nevertheless, the threat of a CCJ can scare debtors into paying up as it will ruin their credit rating, making it very difficult for them to rent another property.

A friend told me he feels more like a counsellor than a landlord, such is his level of involvement helping tenants with their finances

Claer Barrett
A similar dilemma looms for tenants who want to move somewhere cheaper but whose rental deposits are forfeited to cover arrears.

Generation Rent, the campaign group, is calling on the government to launch a grant scheme for renters in England to pay down rental debts (there are already similar schemes in Scotland and Wales).

Assuming no amnesty is granted, what will happen to those debts?

Some landlords are prepared to agree long-term repayment plans. My mortgage lending contact says many of his customers are collecting an extra £10 or £20 a week to spread the financial impact over as long a period as possible.

Another friend told me he feels more like a counsellor than a landlord, such is his level of involvement helping tenants with their finances and finding a middle ground.

Given the huge appreciation in property prices during the pandemic, some might argue that writing off their tenants rental arrears is a gesture some landlords can afford to make.

For well-capitalised landlords with more than one property, the hit would be easier to take. But around half of landlords in the UK are thought to have a single home for rent. For them, the pandemic experience could be the impetus to sell up for good.

Another NRLA survey found one-third of landlords were now more likely to leave the market altogether or sell some of their properties.

For landlords who stick with it, theres anecdotal evidence theyre becoming much fussier when granting new tenancies.

Shunning tenants on benefits is sadly all too common, but I fear there could also be a stigma about renting to the self-employed, with landlords reporting that the finances of self-employed tenants have been much harder hit during the pandemic.

Like it or not, I predict a rise in the use of rental guarantor agreements, which call on a third party to stand behind the tenant if they fail to pay. These are commonly insisted upon by the landlords of student houses, young people and those renting to foreign nationals with no credit history in the UK  and anyone who signs one is liable for any missed rent.

BBC Radio 5s Wake Up to Money programme recently covered the case of Daoud, a civil engineer from Syria, who couldnt find a rental guarantor. His landlord in Manchester insisted on six months rent being paid upfront  amounting to £5,000.

So while I feel there should be a wider appreciation of landlords who have treated their tenants fairly during the pandemic, there is a bigger political problem looming: dealing with the consequences of a rental debt overhang that is set to put renters at a disadvantage for years to come.