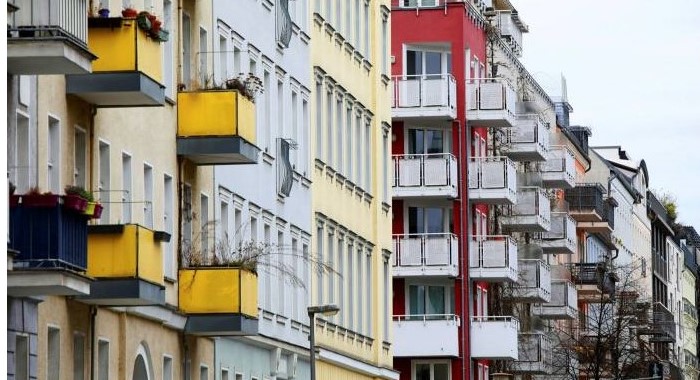 EU house prices rose at the fastest pace in nearly 14 years in the first three months of this year, driven by low interest rates and high household savings despite the historic economic damage caused by the coronavirus pandemic. House prices across the bloc grew at an annual pace of 6.1 per cent in the first quarter, up from 5.8 per cent in the previous three months and the fastest pace since the third quarter of 2007, according to data published by Eurostat on Thursday.

House price growth for the eurozone, at 5.8 per cent, was the fastest since the end of 2006. House prices have risen sharply in recent months in most advanced economies, including the UK and the US, as the unprecedented stimulus measures introduced by major central banks to combat the economic impact of the pandemic pushed a wave of liquidity into financial markets and drove mortgage rates to record lows. Ricardo Amaro, economist at Oxford Economics, said the solid momentum in EU house prices was likely to continue for the rest of 2021, supported by the extensive availability of excessive savings in segments of the market that are active in homebuying, a very supportive interest rate environment and a strong rebound in wider economic conditions from [the second quarter] onwards. The average mortgage rate across the eurozone fell below 1.6 per cent in the first five months of the year, the lowest on record and down from a peak of 5.7 per cent in 2008, according to separate data from the European Central Bank. 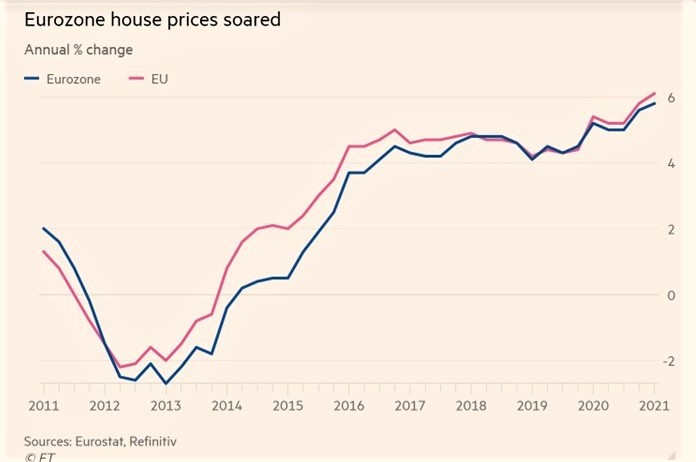 Not only does this mean that more people can afford to take on a mortgage, but also that buying is cheaper relative to renting, contributing to an increase in the number of buyers. Many households finances have remained relatively healthy during the pandemic despite the economic disruption, thanks to government support measures aimed at keeping people in work and a drop-off in consumer spending during lockdowns which boosted savings rates. The rise in homeworking has also fuelled housing demand and triggered a wave of house moves as people seek more living space. Jessica Hinds, economist at Capital Economics, said the rising prices reflected the ECBs very expansionary monetary policy, government support for jobs that has largely protected employment and incomes, and the imposition of moratoria on mortgage payments. However, she added that the trend did not look like a housing bubble. Valuations dont appear massively stretched and residential investment is not looking bubbly either, she said.

Germany reported the fastest increase in prices among the EUs major economies at 9.4 per cent; countries including Denmark, the Czech Republic and the Netherlands logged double-digit annual price growth. In contrast, property price growth in Spain slowed to 0.9 per cent, down from a decade high of 7 per cent in the third quarter of 2018. The figures were published just hours before the ECB releases the results of its first strategy review for almost two decades, which is expected to discuss the economic consequences of housing costs among an array of other issues.