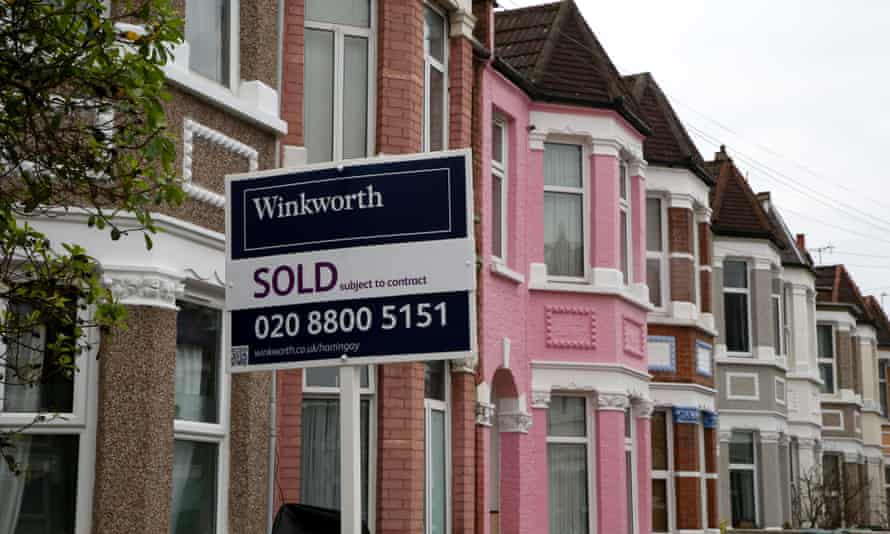 An estate agents Sold sign outside a terraced house in London. An average property cost £254,624 in May. Photograph: Dinendra Haria/Sopa Images/Rex/Shutterstock

UK house prices rose by 10% in the year to May, the fastest rate since before the 2008 financial crisis, as buyers scrambled to take advantage of the stamp duty holiday in some parts of the country.

Data from the Office for National Statistics put the average price of a property at £254,624. The annual growth appears to have been driven by buyers desire for larger homes and outdoor space, and the stamp duty savings that were largest on homes in England and Northern Ireland priced at £500,000 and above.

The figures, which are based on sales that have been completed and registered, show that people moving home saw the biggest increase in prices, with former owner-occupiers paying an average of £296,872  10.7% more than in May 2020.

But for first-time buyers there was also a substantial increase. New entrants to the market paid an average of £213,336 for homes in May  9.5% more than the previous year.

These buyers would already have qualified for stamp duty relief in England on homes costing up to £300,000, so many will not have benefited from the temporary tax relief.

The stamp duty holiday in England and Northern Ireland started to be phased out on 30 June, and finished on the same date in Wales.

Nationwides latest housing market report suggested that prices continued to rise in June, despite the looming deadline. Its figures, which are for mortgages that have been agreed, not completed sales, showed annual price inflation at its highest level in 17 years.

Sarah Coles, a personal finance analyst at Hargreaves Lansdown, said: Double-digit house price rises hit the dizzying heights we last saw just before the onset of the financial crisis, but this could be as good as it gets for a while.

Were not expecting precipitous falls, but rises are unlikely to be as steep in the coming months. While homeowners may miss the boost to their wealth, it could be a blessed relief for buyers.

Jamie Durham, an economist at PwC, said stamp duty was not the only factor pushing prices up, and he expected growth of 5-7% across the year.

The market continues to be supported by a shift in preferences towards more spacious properties, he said. It has also been supported by household savings during the pandemic, estimated to be about £7,800 per adult, and continued low interest rates. We expect that these forces will support price growth over the coming months, though at a lower rate than we have seen in the first half of 2021.