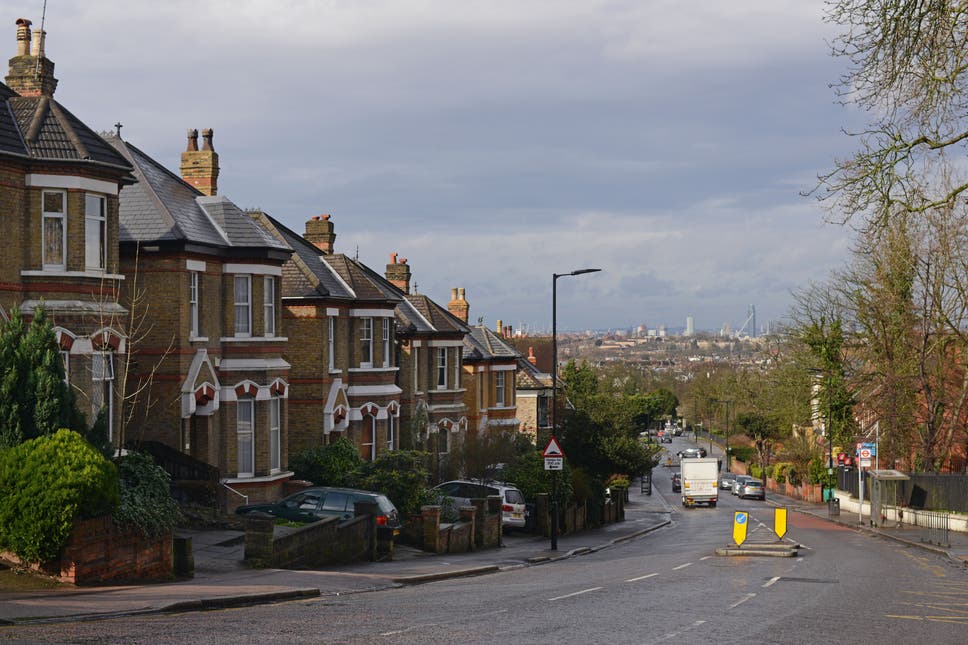 The capital currently has the most stable housing market in the country as prices soar in outer boroughs and other UK regions.

Selling a home in London takes more than twice as long than in Scotland as the housing market in the capital remains sluggish  even after the official end of the Covid-19 lockdown in England.

Asking prices in the capital  now £645,246 on average  adjusted down 0.8 per cent from June to July while records tumbled across the rest of the country, Rightmove reports on Freedom Day.

The usually busy London housing market has been left behind the rest of the country with average time it takes to complete on a home in the capital sitting at 57 days compared to the national average of 34.

Over the course of the last 12 months, which will forever be defined by the pandemic, price tags in the capital edged up just 0.5 per cent on average, in contrast to 5.7 per cent across the UK.

Although slow growth is a sign of stability the London data also hides dramatic polarisation of demand and activity. Over the course of the coronavirus crisis, prices in the more affordable outer boroughs have soared as buyers swapped convenience for space, while the inner urban areas recorded price falls.

This trend is now slowly reversing in the anticipation of offices reopening in the autumn. This month asking prices in Westminster rose five per cent to a huge £1,437,811, the highest jump of any district of London, followed by Kensington and Chelsea (up 2.4 per cent to £1,689,368.)

The mini markets of Camden and Islington also saw positive moment. Asking prices were very slightly down in peripheral boroughs such as Kingston-upon-Thames, Redbridge and Enfield.

Elsewhere, the housing market smashes records
For once Londons average asking price growth has been outpaced by the rest of the country. Asking prices in the UK hit new heights in the first half of July after the busiest start to a year on record, according to Rightmove.

The portal revealed that the average asking price of a property coming to market has hit a new record high for the fourth consecutive month, and it is now £21,389 higher  6.7 per cent  than six month ago.

✕This inflation was spurred by buyers and estate agents desperately trying to complete transactions before the the stamp duty deadline at the end of June. According to Rightmove the bulk of deals are people upsizing to houses outside the city centres in leafy suburbs, smaller towns and villages.

We predict that the number of completed sales will be the highest ever seen in a single month when the next data set is released. This means its likely that the first half of 2021 has seen a record number of moves when compared to the first six months of any other year, induced by the pandemics side-effect of new focus on what a house needs to provide, says Tim Bannister, director of Rightmove.

Stamp duty deadlines in England and Wales for sales (the end of June) also helped to exhaust stock and therefore pushed up prices in popular areas, he continued.

The UK Covid house price bubble
This spike in activity over the last 12 months has created a bubble in some parts of the country, according to Matthew Cooper, founder of house buying agency Yes Homebuyers.

History tells us that such a meteoric rate of house price growth simply isnt sustainable. The past 12 months or so may well have been good for the property industry and for sentiment overall, however caution now prevails as we enter a second year of wildly increasing property values  a bubble if ever there was one.

Wales is showing signs of a bubble with asking prices up 11.5 per cent over the last month to £230,759, the hottest regional market in the UK. Wales is followed by the East Midlands with price tags up 8.5 per cent to £258,697 and the East of England (up 8.2 per cent to £392,889). The only two areas which showed negative monthly growth in July were London and Yorkshire and Humber.