The number of residential property sales fell to 82,110 in July after hitting 213,120 in June - the highest level on records going back to 2005 - according to HM Revenue and Customs.

HMRC said that after the 30 June cut-off for the stamp duty holiday "an expected but noticeable decrease has been observed".

Chancellor of the Exchequer Rishi Sunak arrives at Wolverhampton Art Gallery, during a visit to Wolverhampton to mark the one-year anniversary of the Plan for Jobs. Picture date: Wednesday July 7, 2021. 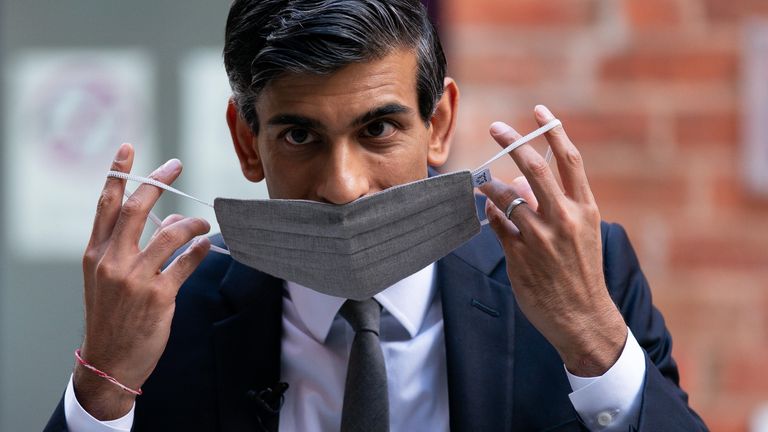 Yet purchases were still 1.8% higher than in July last year when the market remained in the doldrums following the first lockdown.

It meant buyers would not have to pay any stamp duty on properties worth up to £500,000.