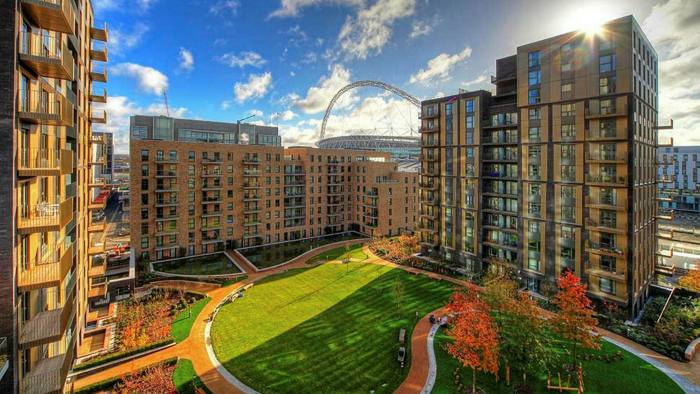 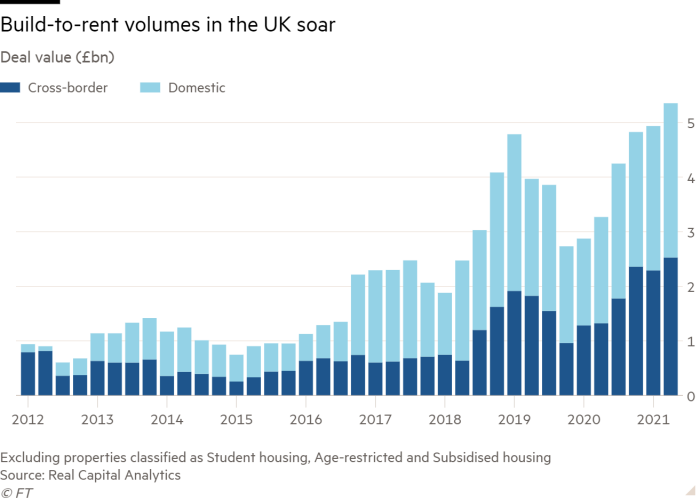 Tenants moving into a pair of Wembley tower blocks in 2016 were told by their landlord Tipi that they were on the frontline of a rental rebellion.

Tipi was among the first build-to-rent companies in the UK, operating a portfolio of residential flats built specifically to let out. The model, common in the US, Germany and elsewhere in continental Europe, was then novel in the UK.

When we started Tipi, people didnt know what build-to-rent was, said James Saunders, chief executive of the business that has since rebranded as Quintain Living.

But now big companies are piling into the sector, which has proved resilient throughout the Covid-19 pandemic and is a beneficiary of a chronic housing shortage and growing urban populations in the UK.

Lloyds Banking Group is the latest to enter, with aspirations to become a landlord to 50,000 homes within the next decade, according to internal documents.

Overseas investors including US property group Greystar and Goldman Sachs are also making inroads. Australian bank Macquarie launched its own platform, Goodstone Living, in June this year and announced plans to pour £1bn into the sector.

Having barely existed in the UK a decade ago, investment into build-to-rent hit £3.5bn last year, a peak despite the pandemic, according to estate agency, Savills. Growth has gradually accelerated since a government-commissioned report threw its support behind the sector in 2012.

In place of the scruffy decor, poor regulation and absentee landlords that are the hallmarks of the worst kind of privately rented properties, build-to-rent operators promise high levels of service, no hidden fees, clubhouses and a calendar of events put on by the landlord.

The proposition has been a hit with renters, thousands of whom have been willing to pay a premium to live in purpose-built, corporately managed blocks. Increasingly, it is attracting serious money too.

Lloyds has set up its own private home rental brand, Citra Living, and laid out aggressive growth plans. A portfolio of 50,000 homes  Lloyds target for 2030 and a number equivalent to about 1 per cent of the UKs rental housing stock, according to Savills  would make it by far the biggest rental landlord in the UK.

The challenge for Citra is that this is not a sector where you can just wade in and buy 50,000 homes. Investors in just about any other sector would be buying portfolios or platforms, but here they have had to come in and build it themselves, said Lawrence Bowles, a senior analyst at Savills focusing on build-to-rent.

Developers are hoping to steal a march on private landlords in what is a hugely fragmented market. The 4.4m households in Englands private rented sector are owned by 2.3m landlords, according to the Ministry of Housing, Communities and Local Government. By most estimates, build-to-rent stock only accounts for just 2 per cent to 3 per cent of the UKs pool of rental housing.

Investors are betting that build-to-rent blocks will be a source of steady returns over the long term and that interest from renters will continue to grow. Yields of 3 per cent to 5 per cent are unspectacular but nonetheless attractive in a low interest rate environment in which bond yields have hovered around historic lows.

Rents from tenants of new-build flats have also proved more reliable than those from other commercial property sectors during the coronavirus pandemic.

Investors are seeing resilient cash flows during the pandemic, predictable income and an ability to maintain occupancy, all of which other real estate asset classes have suffered with, said Mark Allnutt, who is responsible for expanding Greystars presence in Europe.

For Lloyds, the foray into rental housing is a way of trimming its reliance on traditional sources of income such as lending.

But some of the biggest players in the space say that making a success of build-to-rent requires significant investment, skills and scale.

There are bound to be winners and losers, said Rick De Blaby, chief executive of Get Living, which owns and manages the former Olympic Village in east London and is backed by Dutch pension fund asset manager APG and property developer Qatari Diar.

With build cost inflation and high demands around ESG, architectural quality and affordable housing, you have to be pretty skilful and agile . . . When a lot of capital is getting deployed, inevitably people will make some fairly optimistic assumptions in order to win the land, he added. 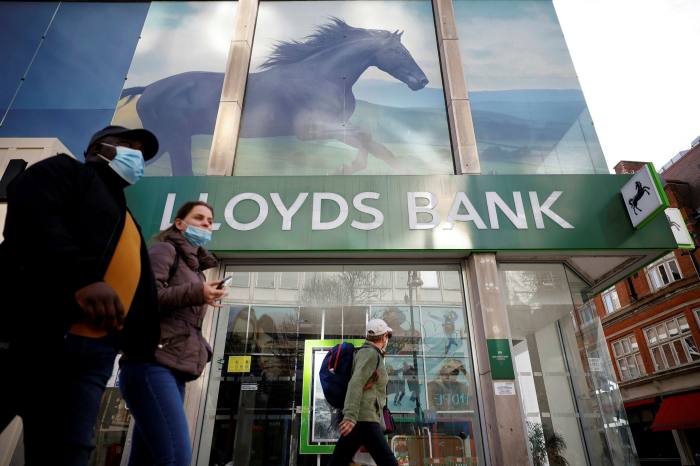 As well as a competitive investment market and operational hurdles, build-to-rent developers and operators are likely to face more scrutiny from politicians than those putting money into less public-facing sectors.

Residential real estate is hard because its in the public sphere. There is a need for more housing in the market, social housing needs to be addressed. What is our role in that? That gets political, said Gibson.

In Germany, where corporate landlords are far more prevalent, there has been pushback from tenants disgruntled at what they see as sharp practice and high rents. In Berlin, a campaign to expropriate 240,000 properties from Germanys biggest publicly listed residential landlords is under way.

In the UK, the complaint from existing build-to-rent landlords is not that they are too much in the public consciousness, but that they are off the radar. Operators talk of 10,000 units being the level at which economies of scale kick in, but none have yet attained that in the UK.

This is a sector where were still writing the manual, said De Blaby.

This article has been amended since publication to clarify that 50,000 homes is 1% of the UKs rental housing stock