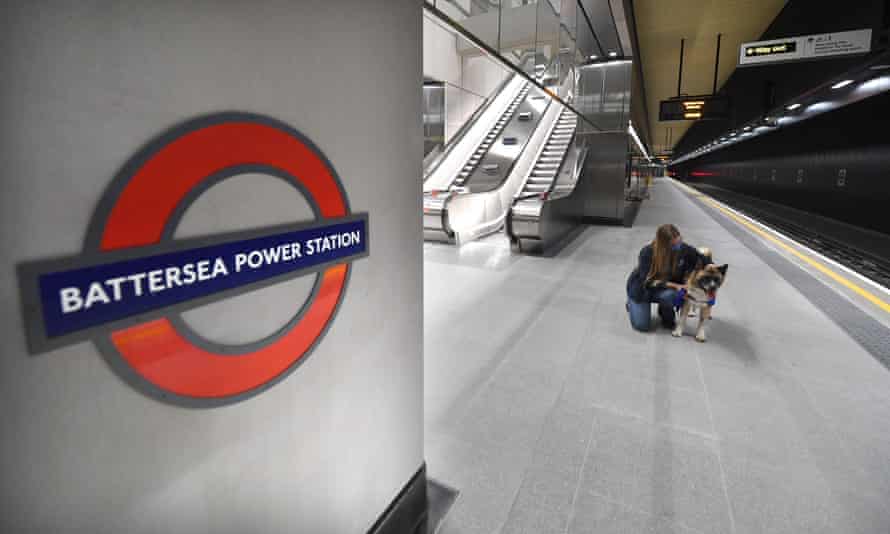 The first major addition to the London Underground this century comes into service on Monday, when the Northern line extension opens to carry passengers to new stops at Nine Elms and Battersea Power Station.

Taking six years of construction and testing, and a longer period again of design and planning, the £1.1bn project  adding nearly two miles of tunnel as well as the two stations  has put the dramatically changing area of south London on the Tube map.

The first trains were due to run from 5.28am, signalling what Transport for London hopes will be a landmark moment in the recovery from the pandemic. About 25,000 new jobs and more than 20,000 new homes will have resulted from the investment, according to TfL, with Battersea now a 15-minute direct ride from the City and West End. Work has come in under budget and only a year behind schedule, including a pause due to Covid.

Approved and launched in 2014, following decades of growing use of public transport in the capital and the population confidently forecast to increase, the extension has opened at a time of much greater uncertainty.

Eight million passengers a year could eventually use the line. But weekday Tube journeys are now roughly half of pre-pandemic levels, with the lost revenue hammering Londons finances. TfL hopes to restore 80% of its former passenger numbers by 2023 to balance the books.

The extension, the first since the Jubilee line stretched eastwards in 1999, could allow the long-entangled Northern line to split into two separate lines, engineers suggest. For now, trains to Battersea will run from all the northern branches, with services on the new extension every 10-12 minutes, doubling in frequency next year. 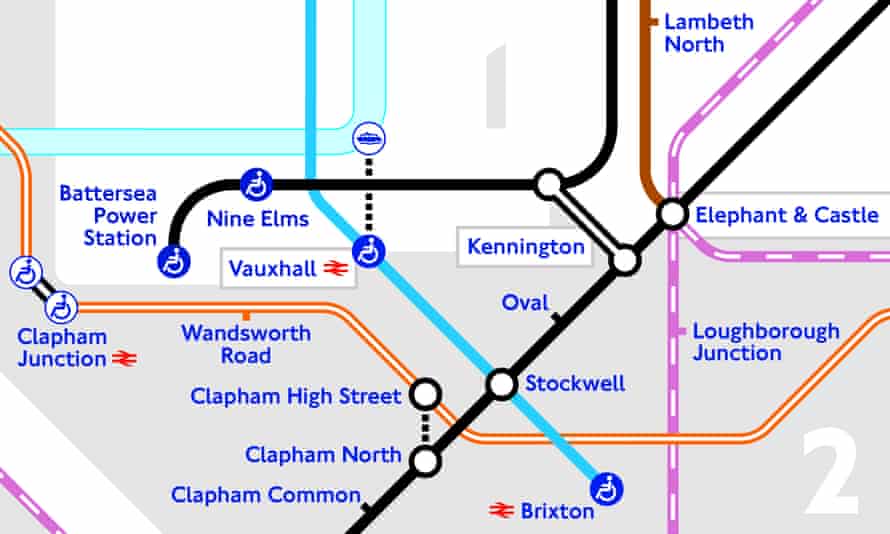 The mayor of London, Sadiq Khan, said it would hugely improve the links between these vibrant, growing south London neighbourhoods and the rest of the capital, adding: The new stations are beautiful and I encourage Londoners and visitors to start using [them].

Nine Elms station on Wandsworth Road is on the doorstep of developments including the US embassy and the revamped New Covent Garden Market, as well as controversial towers that have sprung up in the area. The regeneration has been questioned for its impact on the landscape and the communities, with numerous properties sold to super-rich foreign investors while other residents occupy poor-door housing schemes.

TfL said Nine Elms station could have 479 new rental homes built above and around it, 40% of which will be categorised as affordable.

Battersea Power Station station, the only London stop to be named station twice, will fittingly look better than most: featuring a gold-painted geometric roof with a giant skylight and an imposing ticket hall fitted out with artwork by London-based Brazilian artist Alexandre da Cunha.

The restored power station will open in 2022 as an enormous retail, entertainment and office complex, housing hundreds of multimillion-pound luxury apartments, five years after its four famous 51-metre-high chimneys were painstakingly reconstructed in concrete.

London still awaits its biggest addition to the transport network, the £19bn Crossrail scheme which will open in full as the Elizabeth line in 2022, more than three years behind schedule.

However, the changing patterns of commuting accelerated by the pandemic, along with the hole in TfLs finances and the governments stated aim of levelling up investment nationwide, mean that is likely to be the last extension to the network for some time. Plans to extend the Bakerloo line and build Crossrail 2 have been shelved.