Todays opening of the Northern Line extension is the first major expansion of the Tube since the Jubilee line launch in the late Nineties.

Prices from £997,500: homes in One Thames City are at the Vauxhall end of Nine Elms / Handout 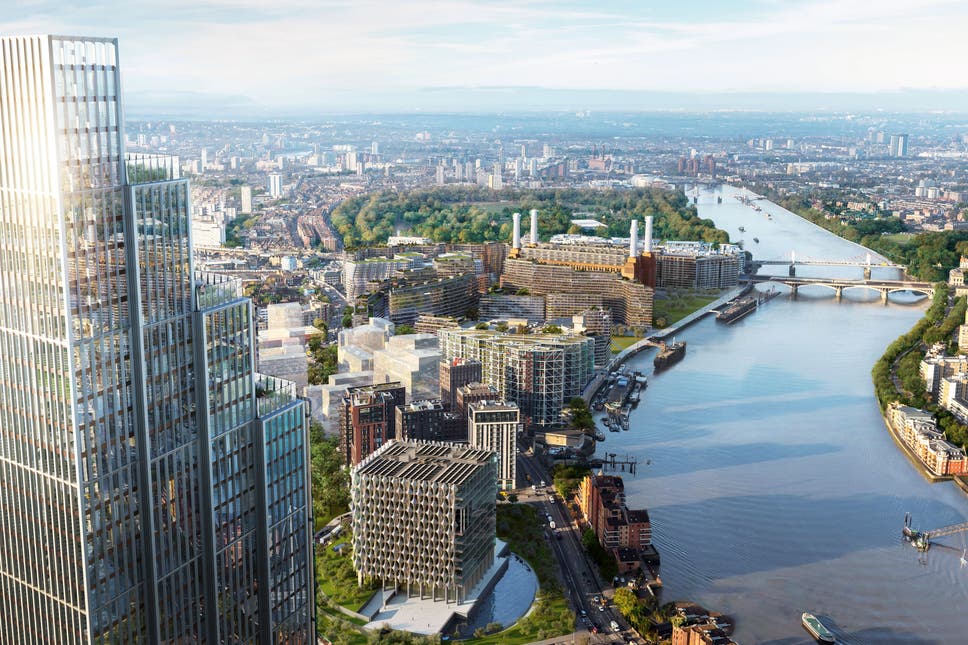 House prices around Nine Elms and Battersea Power Station are forecast to rise by 25 per cent over the next five years following the opening of the Northern Line extension this morning. Rents are set to climb by 14 per cent too.

The promise of a 14-acre linear park and shopping centre, the zone one location and the Northern Line extension will propel house price inflation in that area higher and faster than others which have previously benefitted from a tube or train line extension, according to experts.

The extended track connects the two new housing estates, Battersea Power Station and Nine Elms, via two step-free stations of the same names, with the existing line at Kennington. Initially, the new service will run six trains an hour at peak times.

Forecasts by the property group JLL show house prices in the Thames-side development increasing by three per cent by the end of this year. The rate of increase will gather pace and rise by 4.5 per cent next year and peak at an annual rate of 5.5 per cent in 2023  just ahead of the average annual house price growth for London.

More ideas1. In a large bowl mix the lamb with 1 tsp spice mix, a little salt and 2 tbsp coconut milk. Leave to stand for 10 minutes.2. If time permits, let the lamb marinate for 2 to 3 hours ahead of cooking - cover and keep in the fridge.3. Heat 1 tbsp oil in a saucepan and gently fry the onion, garlic and a further 1 tsp spice, stirring for 5 minutes.Reduce the heat, cover with a lid and cook gently for 15 minutes until soft.4. Pour in the remaining coconut milk and stir in the lentils. Bring to the boil, then simmer gently for 10 minutes.5. Chop all but a few sprigs of coriander and stir into the sauce. Season lightly. Turn off the heat, cover and keep warm.6. Preheat the grill to a medium/hot setting. Thread the lamb onto the skewers and place on the grill rack.Brush with half the remaining oil. Cook for 10-12 minutes, turning occasionally, until cooked through.7. While the lamb is cooking, heat the remaining oil in a frying pan or wok until hot and stir fry the broccoli for about 3 minutesuntil starting to wilt and brown slightly.Remove from the heat,sprinkle with the remaining spice mix and a little salt, cover tightly and leave to stand for 5 minutes to cook in its own steam.8. To serve, remove the lamb from the skewers and serve with the broccoli and coconut curry sauce.Sprinkle over the remaining coriander and a few chilli flakes, if you like it spicier, served with fresh lemon wedges.
Inspired by

Compared to pre-pandemic, rents are down by an average of 10 to 15 per cent due to the flight of tenants from central London during the lockdowns and the absence of international professionals and students, the JLL report reads.

Analysis by Savills also supports the case for rapid price growth. The agent predicts that the increase in values and rents should be more dramatic in Nine Elms than in Woolwich (after the DLR extension).

One of the key differences between Woolwich and Nine Elms is the level of connectivity the area had going in. Even before the DLR extension, Woolwich was on the Southeastern route into Kent. By contrast, the old Nine Elms rail station closed back in the 1960s. Weve found that you tend to get greater house price uplift with step-changes in infrastructure, rather than incremental improvements, explains Lawrence Bowles of Savills. 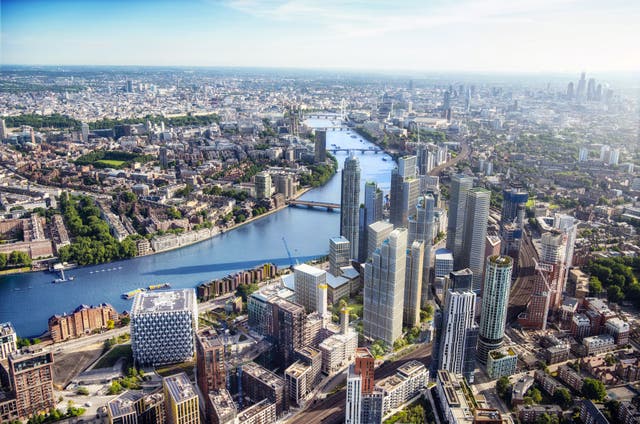 Even by redevelopment standards, Nine Elms is considered controversial. Its neighbour Battersea Power Station is the thoughtful restoration of the much-loved 19th century power station into homes and office space, turning old arches into restaurants and gyms and with a bustling promenade of shops and cafes. Its already well-established with plenty of residents living there and a packed events calendar.

Nine Elms is still a vast building site which has, in the past, been criticised for the lack of an holistic master plan and an oversupply of expensive apartments.

The collection of developers, led by the Hong Kong-based R&F, hope the 14-acre linear park which connects Battersea to Vauxhall Cross and a network of walkways, cycle paths and green spaces will help to win over the sceptics. There is a new shopping centre due to open in 2022 as well.

Nick Whitten, head of residential research at JLL, says Nine Elms could be an archetype of the 15-minute city concept where people can access all they need and want within a 15-minute walk or cycle.

Shifting priorities as a result of the Covid-19 pandemic have re-emphasised peoples desire for vibrant, social and attractive communities in which to live. Placemaking is an increasingly important element of residential developments as the importance of location wanes, Whitten says. 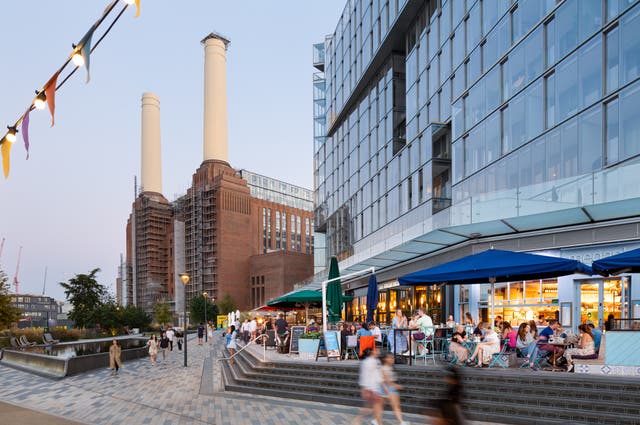 Homes in Battersea Power Station itself are priced from £865,000 / Brendan Bell

Once completed Nine Elms will deliver close to 20,000 new homes in the stretch the size of Monaco that straddles Lambeth, Wandsworth and Vauxhall.

Its architectural showpiece (so far) has been the sky pool: the glass-encased swimming pool which stretches between apartment blocks 35m in the air. However, this could be overshadowed by the newest tower to be launched. The 53-storey building (known as No.8) is the first of 12 in One Thames City  the dominant development that sits at the Vauxhall end of Nine Elms.

There are apartments available in Battersea Power Station itself for £865,000 (020 3912 0137) so buyers must look to the lower profile projects for more realistic prices. The Prince of Wales Drive has one-bedroom shared ownership homes available via Rightmove for £150,000 for a 25 per cent stake, with car club membership. The apartment block is just 180m from Battersea Park at the other end of Nine Elms (site-sales.co.uk).