Buy-to-let property vs stocks and shares: where is best to invest £50k


Buy-to-let property vs stocks and shares: where is best to invest £50k?
Would your cash fare better in the property or stock market?

Buy-to-let property vs stocks and shares where is best to invest £50k
Could rising house prices prove more lucrative than stocks? 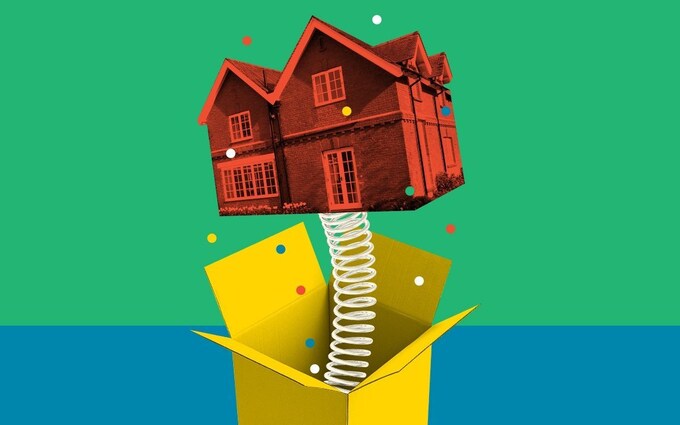 In the not-too-distant past, regulatory red tape and punishing tax changes sounded the death knell for the buy-to-let market as landlords sold up and left.

But the sector has enjoyed an unexpected recent revival, however, thanks to savings made under the stamp duty holiday and rising rents bolstering investor returns.

This has coincided with increasingly attractive income prospects. In July 2021, the North, East of England, South West and South East all recorded double-digit growth in rents. Nationally, rents rose by 6.2pc compared to the same month last year, according to Hamptons estate agents.

But buying and renting a property can be a complicated process that involves a lot of management and high costs such as stamp duty and legal fees. Would it be easier and more lucrative to invest in the stock market?

Telegraph Money has crunched the numbers to see whether £50,000 would perform better invested in properties or companies over a typical 10-year period.

Property
Soaring house prices mean landlords with a £50,000 budget would need to be savvy when choosing where to buy. Investors will be priced out of the likes of London and the South East, for example.

Private Finance, a mortgage broker, analysed the potential returns in the best and worst scenarios for a buy-to-let property. It considered a home in Sheffield, a popular location for investors because of its modest house prices, large student population and strong employment prospects for workers.

In a best-case scenario, the property would be let for £850 a month, rising with inflation, for the full 10-year investment period. Mortgage costs would be £297 a month, which we have assumed would stay the same for the full decade as long-term fixed deals are available at 2.5pc.

However, renting a property is rarely that easy. Most landlords have void periods  the time between one tenant leaving and the next arriving  when they do not have rental income.

If the property in our example was left empty for two months each year, the returns would be more than a third lower. Profits would be £2,938 in the first year, reaching a total of £35,406 at the end of the decade.

However, these profits could be enhanced by underlying growth in the value of the property. The house price boom of the past year has resulted in exceptional growth, but even in more normal times property values tend to increase over the long term.

In our less successful scenario, the landlord would have made £74,485.

Would landlords be better served by investing in the stock market instead? Here you eliminate the risk of void periods of problem tenants, but returns depend on how much risk you are willing to take.

AJ Bell, a fund shop, analysed two potential outcomes. In the first scenario, our investor placed their cash in company stocks, which have historically returned 5.3pc per year, based on data from the past six decades.

But many people would shy away from investing directly in companies. More cautious investors may prefer gilts and bonds. AJ Bell said these investments had typically returned 2.7pc over the past six decades. If this were to continue for 10 more years the investor would have £63,693.

Both scenarios assume stockbroker charges of 0.25pc are applied. In this example the case study had invested directly in companies; if they were to invest in funds then management charges would also have to be deducted.

Those looking to avoid risk altogether can keep their money in cash, but even the best savings accounts struggle to beat inflation. An account paying 0.6pc interest would grow £50,000 into just £53,082 over the 10 years, AJ Bell said.

The buy-to-let property offers the best returns overall in this analysis. The landlord would have made a profit of £54,106 from rent, plus a further £39,079 from the growth in the value of the property. This brings the total profit to £93,185.

By contrast, the best stock market scenario would return a profit of just £31,833.

Each of these scenarios looks at profits before tax. Both types of investor will potentially have to pay capital gains tax, as their assets will have risen in value. They will also be liable for income tax on their income, and dividend tax if the shares have paid out to investors.

The stock market investor could protect themselves from the taxman by using an Isa, but the investment would have to be spread over a number of years given the annual allowance is currently £20,000.

Landlords will also be forced to pay stamp duty at three percentage points above the standard rates, should they already own another home. For a property purchase of £190,000 this would mean a £7,000 bill, another cost for landlords to consider.

The best option depends on an individual's approach to investment. Maintaining a buy-to-let property requires significant amounts of time and effort: if something breaks it is the landlords responsibility to fix it and the standard of tenant can often be luck of the draw.

Investing in the stock market is a much more hands-off affair, but average returns are subsequently lower.