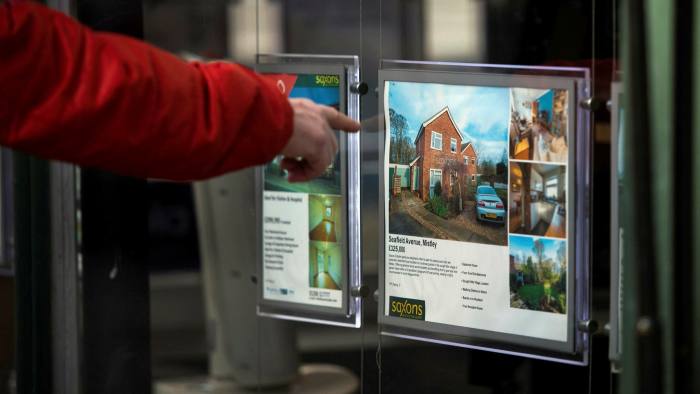 Property price index rises by annual rate of 11.2% in January surpassing economists expectations The average UK house price has risen to a record £256,000

UK house prices have registered the strongest start to the year since 2005 with faster growth than expected despite higher interest rates and surging inflation. The Nationwide house price index rose at an annual rate of 11.2 per cent last month from 10.4 per cent in December, the fastest January rate in 17 years. Economists polled by Reuters had predicted an annual rate of 10.8 per cent.

Housing demand has remained robust, said Robert Gardner, chief economist at Nationwide, but that bumped against an extremely low stock of homes on estate agents books, which contributed to the pace of growth. Housing demand has also been supported by a strong labour market, while more people looked for bigger properties as they continued to work from home. Rhys Schofield, managing director at Peak Mortgages and Protection, said that January was by far and away our busiest month ever, with demand for property and mortgages through the roof. The rise pushed the average nominal house price to a record £256,000 since comparable data first began in 1952 and up £40,000 from two years ago, before Covid-19 restrictions were introduced. The data showed that UK house prices rose 18 per cent in the past two years, compared with an increase of just 1.9 per cent in the two years to January 2020.

The tsunami-like house price growth of the past two years shows no sign of slowing, said Guy Harrington, chief executive of residential lender Glenhawk, noting this was bad news for the millions of people who remain priced out of owning their own home. House prices have grown across most advanced economies during the pandemic as a result of accommodative monetary policies and changes in lifestyles. However, the UK housing market is expected to slow in 2022. A 10 per cent house deposit for a typical first-time buyer is equivalent to a record 56 per cent of total gross annual earnings, said Gardner, which suggests fewer people may be able to afford to buy property if the trend continues. 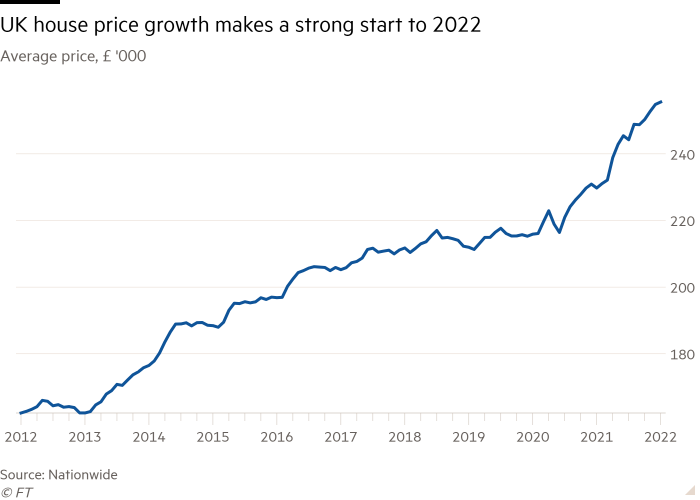 The Bank of England last month raised its key interest rate for the first time in nearly three years as inflation took its toll. A further rise is expected on Thursday. A further increase in interest rates, widely expected this Thursday, will make borrowing more expensive and give buyers pause for thought when stretching their budget, said Jonathan Hopper, chief executive of the buying agent Garrington Property Finders. Recommended News in-depthUK Inequality Poor face choice to heat or eat as British energy price surge looms Hopper added that since lockdown restrictions had been eased across the UK more sellers were likely to come to market, improving supply and taking some of the heat out of price rises. Surging inflation, meanwhile, is eroding purchasing power and consumer confidence.

Some households have accumulated large reserves of savings during the crisis, as spending was restricted, contributing to stronger housing demand. However, as the country faces the highest inflation rate in 30 years, with energy costs and taxes set to climb in April, people are likely to reach into these savings. The cost of living pressures faced by households from rising inflation and taxes mean fewer people will be able to afford to borrow the necessary amount they need to buy at higher mortgage rates, said Martin Beck, chief economic adviser to the EY Item Club.