The signs are Britain is not heading for a property crash 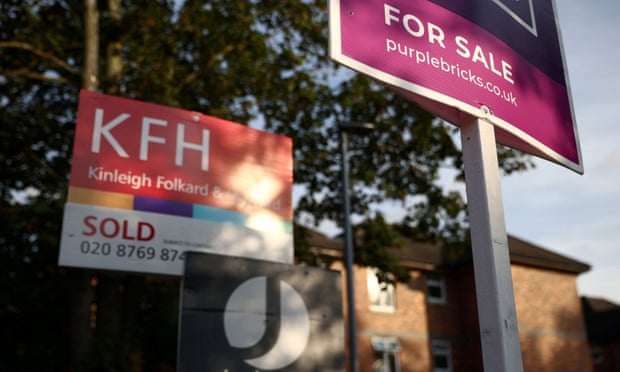 It would be naive to rule out the possibility, but the evidence points to house prices dampening rather than tumbling

Nationwide says UK property price rises have slowed for the third consecutive month and most recently from 11.2% in May to 10.7% in June. The slowdown in growth can be traced to the beginning of the Russian invasion of Ukraine and an escalation of Britains cost of living crisis.

Unsurprisingly, property owners ask whether a crash is on the horizon, especially now that the economy is heading into a downturn and possibly a full-blown recession. Adding to the gloomy atmosphere, Bank of England officials, seemingly immune to the prospect of a slump, have begun to raise interest rates.

While it would be naive to dismiss the possibility of a large and sustained fall in home prices, the weight of evidence is to the contrary.

For one thing, the property market is not homogeneous. London and the south-east have suffered from the Brexit-induced flight of continental workers since the 2016 referendum vote, depressing price growth in most central districts. Meanwhile Wales and south-west England have witnessed rocketing values following the trend for retired people and white-collar workers embracing coastal towns and rural areas that boast fast broadband. This shift is likely to persist, driving hotspots to fresh highs.

Just as important, thousands of sellers are able to ride out a lack of buyers. They want to move home, but they dont need to make the leap. In other words, their impulse is discretionary and when they find the number of buyers has dried up, they dont sell.

In June last year there were 213,000 transactions. By May this year the total had dropped to almost 100,000, according to HMRC figures, yet prices continued to climb.

The market is undoubtedly going to moderate as disposable incomes are squeezed and homebuyers become even more circumspect about making large outlays. Yet with unemployment low, banks reliant on mortgage business, and politicians aware property investment remains a British obsession, prices are unlikely to take a tumble.

The Treasury has a terrible record over the last two years if consistency is the measure of success.

Rishi Sunak was the hero of the hour when he put the furlough scheme in place during the first pandemic lockdown. Within weeks of its inauguration he was warning businesses it would only last until the following October. That he operated the scheme until September 2021 can be explained by a series of short-term extensions, forced on him by pleading business leaders.

Speaking at the annual conference of the British Chambers of Commerce (BCC) on Thursday, Sunak said another short-term policy  his two-year super deduction subsidy for investments in new plant and machinery  would have a successor when it ends next April.

Over the past 14 months the generosity of the scheme has failed to excite businesses more concerned about the damaging impact of Brexit and Sunaks stop-start approach to economic management.

GDP figures covering the first three months of the year showed business investment, which had flatlined through much of the pandemic, fell 0.6%.

No wonder the BCCs director general, Shevaun Haviland, sounded a note of despair. The former Cabinet Office and No 10 adviser said Sunak needed to act now and not wait five months for the autumn budget before showing his cards.

Sunak will not be hurried. He told conference attenders they must wait to discover the design of his new investment subsidy. For many companies, it will come too late.

Boris Johnsons ambivalent relationship with the business community found an expression in the high-handed response of Kwasi Kwarteng, the business secretary, to recent threats of strike action.

Kwarteng thought he was helping firms threatened with industrial action when he promised to rush through changes to employment rules, fuelled by an impulse to undermine striking staff. He said agency workers could step in and businesses could continue trading.

However, it wasnt long before he was accused of not consulting the industry most affected by the rule change  the recruitment and agency sector. In a letter to Kwarteng, 13 leaders of the largest staffing businesses in the UK said they would have objected in the strongest terms had they been asked.

Conscious of the potential damage to their reputations, they said: We will be held responsible for sending strike breakers across a picket line and putting our workers in harms way.

It seems remarkable that ministers concoct major policy shifts without consultation or appearing to think through the consequences. On the other hand, can it be remarkable when such behaviour is commonplace?