TOP TOWN Property site Zoopla reveals the most popular place to buy a home in Britain  can you guess where? Bradford

TOP TOWN Property site Zoopla reveals the most popular place to buy a home in Britain  can you guess where?

PROPERTY site Zoopla has revealed that Bradford is the most popular place to buy a home in Britain.

It said that since 2017 buyer demand had risen by 98 per cent for the West Yorkshire city.

East London was the second least popular spot with demand at minus 12 per cent, while Shrewsbury in Shropshire came last at minus 16 per cent.

Demand for homes is now 25 per cent above average compared with five years ago.

The average property price in the city is £256,600, according to the analysis

Zoopla's research found that Wolverhampton had seen a 91% increase in demand for homes.

Also in the top 10 are Warrington, Reading and Coventry. 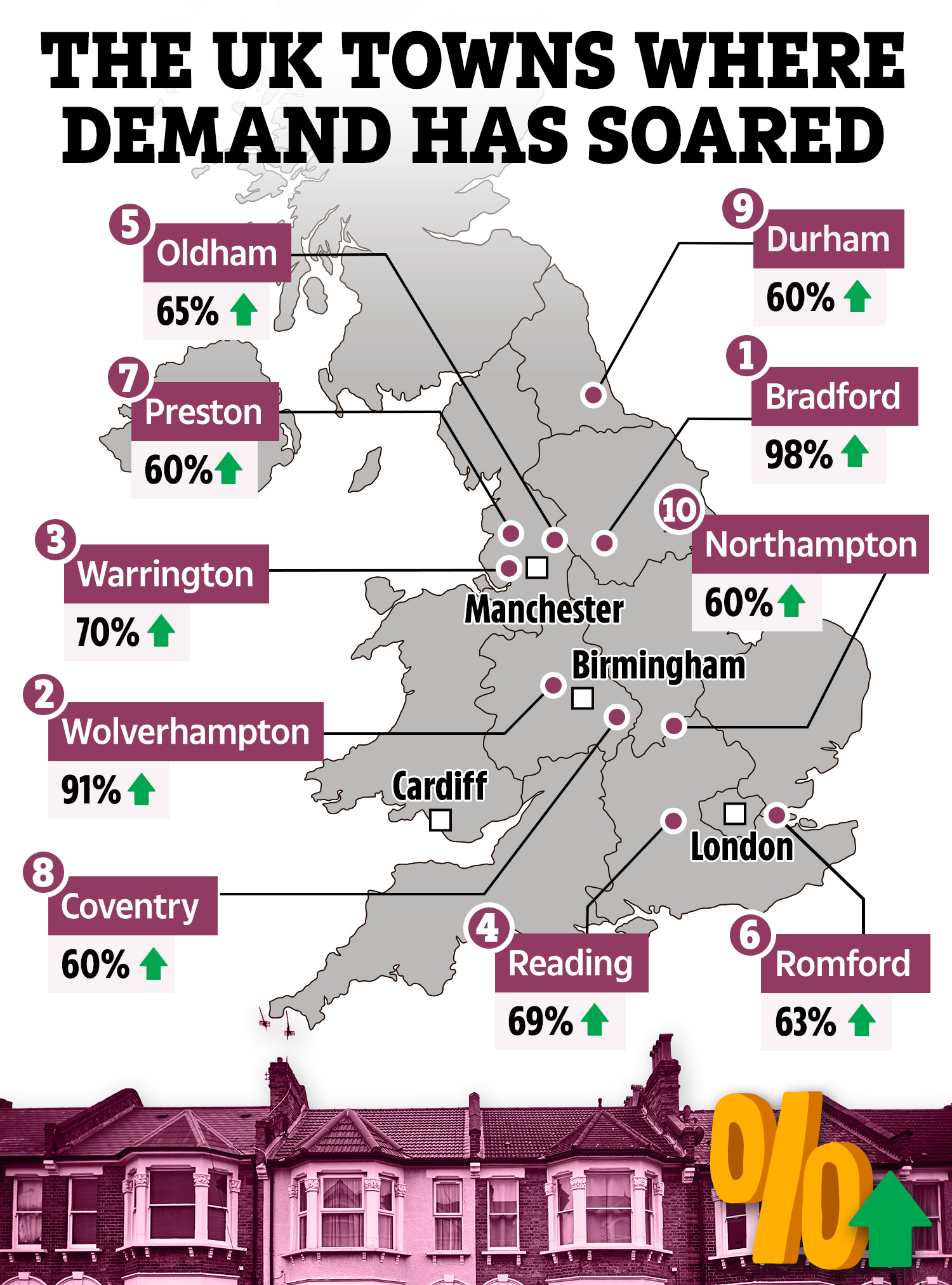 A lack of supply is the main factor driving UK house prices up - as more people clamour to get on the property ladder.

The Covid pandemic and a stamp duty holiday saw prices rise all over the country and many homeowners decided to move away from large towns and cities.

But rising house prices are a worry to any buyers trying to get on the property ladder.

It means buyers are having to save larger deposits and take on bigger mortgages to afford a home.

And there is a growing trend of buyers having to pay over the asking price or go to sealed bids to secure a property as the market remains hot.

The Bank of England last week hiked interest rates to 1.75%, adding £880 a year on to typical mortgage repayments.

The Bank has also warned that the UK is heading for a recession, which could dampen demand.

But while experts are expecting house price growth to slow, a lack of supply and strong demand means that prices are not expected to fall.

Richard Donnell, executive director of research at Zoopla, said: Buyer interest is expected to slow over the coming months as people tighten their belts and spend with more caution."

Charlotte Nixon, mortgage expert at Quilter, added: "With wages failing to keep up, the high costs of moving home will put off prospective buyers and we could see an even greater slowdown in the coming months."

Each week we speak to first-time buyers for our My First Home series about how they have managed to get on the property ladder.

While a 25-year-old woman bought her £426,000 first home with her mum because prices were so high.