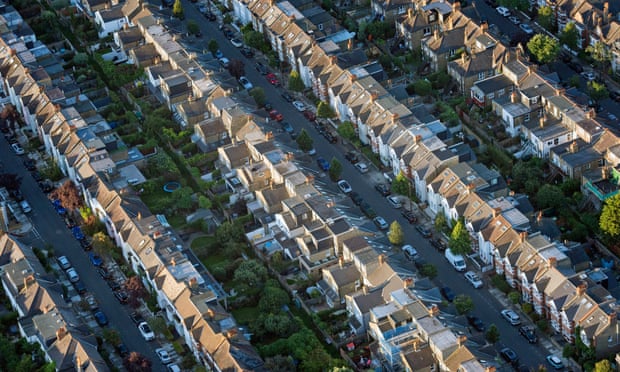 The annual rate of UK house price growth has slowed sharply, falling from 12.8% to 7.8% in a month, according to official data that indicates the cost of living crisis is putting the brakes on the property market.

The Office for National Statistics said the value of the average UK house increased by £3,000 in June, taking the typical price to £286,000. That is £20,000 higher than a year earlier.

While the annual rate of growth had slowed, said Ceri Lewis, a statistician at the ONS, house prices continue to increase, and average prices have now reached record levels in England, Wales and Scotland.

At the same time, rents have continued to climb across the country, with a sustained pick-up in London.

Advertisement
The latest ONS data, which goes up to the end of June, follows figures from other sources up to the end of July or into early August that have indicated house prices are beginning to fall as higher interest rates and the broader cost of living crisis start to bite.

However, the ONS put the slowing rate of annual house price inflation down to the rises in prices seen in June 2021, which were the result of tax break changes.

A huge part of the drop [from 12.8% to 7.8%] is due to the fact that its compared to last June, when price rises hit a peak. This was when the most generous period of the stamp duty holiday was coming to an end, and people dashed to take advantage  vastly inflating prices.

She added: For a clearer picture, its worth checking month-on-month figures. These show that prices were up an average of £3,000 between May and June.

Separate ONS data showed private rents paid by UK tenants typically rose by 3.2% in the 12 months to July, up from 3% in the year to June. The ONS said this represented the largest annual growth rate since this series began in January 2016.