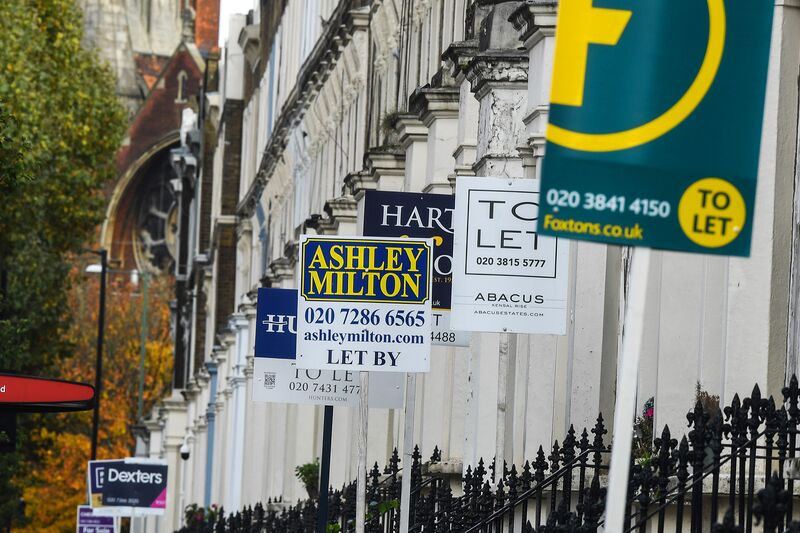 Higher mortgage rates, landlords selling up and canny tenants who locked in low rates during the pandemic are combining to send rents in Londons best districts above their pre-pandemic peaks.

As many as 50 applicants are competing for each apartment that becomes available, about 200% more than in a typical busy market, according to Sarah Tonkinson, a managing director at Foxtons Group Plc in London.

The cost of living crisis is having little impact on the frenzy so far, and soaring house prices are only adding to the pain, forcing more people to rent for longer as they save for a deposit.

Younger buyers struggle to get on the housing market as rising interest rates and stretched affordability begin to bite, said Alec Harragin, valuation director at Savills Plc in London. These buyers have now turned to the rental market.

With lettings down almost 50% on last year in Londons best districts, the price of leasing a property there rose 25.8% in the year through July, according to LonRes. Rents in those neighborhoods are now almost 15% above their level from 2017 through 2019.

Across London, the cost of leasing a place rose 23% in the 12 months through July, Foxtons said in a report. Hotspots include Notting Hill, Shoreditch, Clapham and Stratford, Tonkinson said.

Those lucky enough to secure properties during the pandemic at bargain prices made sure to lock those prices for significantly longer than the standard 12 months, according to Aneisha Beveridge, head of research at broker Hamptons International. Some tenants did so for as much as three years, she said, keeping those rentals off the market.

Regulatory changes that weakened landlord legislation are prompting some to exit the market. The planned removal of the right to give tenants an incontestable two-month notice to quit at the end of a fixed-tenancy is the most significant concern for most landlords, according to broker Savills.

Others have turned the properties into short-term accommodations on platforms like Airbnb which allows them to charge higher rates on a daily basis.

The shortage has spilled over into the room rental market. More than 21,000 applicants are competing for about 5,000 spots in central London at present, according to data compiled by SpareRoom.

Still, a slowing economy, high energy costs and soaring inflation look set to put an end to the gains next year.

Inflation and the cost of living crisis will undoubtedly begin to bite later this year and into next year, said Harragin at Savills. This, together with the significant rental growth seen since the start of the pandemic, do limit the capacity for future growth in 2023 and beyond.

 With assistance by Eamon Akil Farhat