Its very bad: Buyers pull out of house sales over concerns about a house price crash

People are starting to pull out of mortgage deals after lenders began removing products from the market, reports say 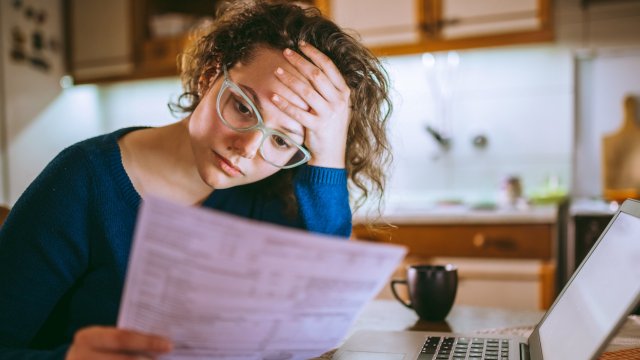 Some first time buyers have got nervous and pulled out of deals, brokers say (urbazon/Getty Images)

By Grace Gausden Deputy Money Editor
Ian Wyn-Jones, who runs a small estate agency in Bangor, north Wales, has had 15 buyers pull out of sales this week  a number he hasnt seen since the Covid-19 pandemic.

One client who pulled out was in a chain of five, he said. For every sale that collapses there is a knock-on effect for all the others in the chain.

Its been a dramatic week for the housing market. Major lenders stopped offering new loans on Monday; by Friday sales were collapsing.

A mortgage log-jam, combined with predictions of the housing market dropping by up to 15 per cent by Credit Suisse, are the main reasons why buyers are having second thoughts.

Buyers are demanding reductions in asking prices to compensate for huge increases in mortgage repayments, and the difficulty getting finance is being compounded by delays caused by overworked property lawyers.

Emma Jones, a mortgage broker in Frodsham, Cheshire, said: We were dealing with two first-time buyers who struggled to get their mortgage application submitted in time before rates were hiked again. They decided to pull out rather than re-apply and pay higher rates. Rates were getting pulled with an hours warning, so if you werent quick off the mark, they would go.

Were now seeing mortgage rates of 6 per cent, which is actually a relief, we thought it would be higher. It seems this is the new norm.

Mortgage brokers and agents report that its mostly commonly first-time buyers who are pulling out of deals, and people upsizing. They are aware that prices are likely to go down so dont want to pay for a home now that could cost less in the future.

While some buyers are pulling out of deals on their own volition, worried by market activity, others are being forced out of their deal.

MORE FROM PROPERTY AND MORTGAGES

'Ive never been more scared about the future': mortgage payments dash family's hopes to save

Mark Lawrinson, operations director of residential sales at estate agency Beresfords said: We are seeing buyers having to pull out of transactions due to the time it is taking to work through the conveyancing process, which is resulting in mortgage offers expiring. Then, when the buyers try and get a new mortgage, they cant afford the new rate.

Up until last week, the house market was very busy in many parts of the country leaving surveyors and conveyancers with a backlog of demand.

Some sellers are in a rush to bring their property to market to get the best deal they can before prices plunge.

Jamie Megson, of Avail Mortgage Brokers, Estate agents are seeing people list their property in a panic because either they cant afford any increases to their mortgage or bills and may have to downsize or move in with family or into rented homes or they are concerned prices will drop and they want to sell now before they do.

Mr Wyn-Jones added: Next week, Ive got a few valuations for customers who want to downsize, as they are worried about their mortgage and energy bills. Its shocking.

Unless the Government does something, this will cripple the housing market.

Many buyers are now making offers below the asking price.

Despite the bleak outlook, other estate agents say they are not yet seeing dramatic changes but admit if the market continues as it is, there is likely to be a crash in demand.

Aneisha Beveridge, head of research at Hamptons: If this instability turns out to be more than a short-term blip, its likely to weigh on transactions and house price growth.

While some households may try to lock in mortgage deals quickly, others will step back to wait and see what happens. If mortgage rates surpass the 5 per cent mark across the board, it increases the chances that house prices may begin to fall.