In a Hertfordshir town, buyers, sellers and estate agents tell of the effects of Kwartengs mini-budget 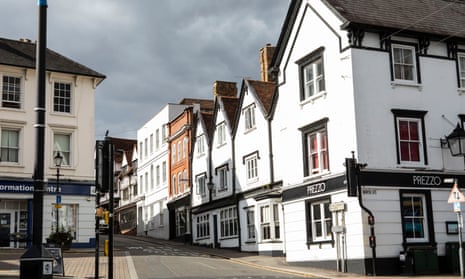 The phone has all but stopped ringing at Mullucks estate agent in Bishops Stortford  except for calls from buyers with bad news about collapsing chains.

Since the chancellor Kwasi Kwartengs mini-budget two weeks ago, a chill has spread through the Hertfordshire commuter towns housing market. Viewing numbers, house prices and client confidence are all cooling rapidly after lenders pulled thousands of mortgage deals, only to return with far pricier interest rates.

So far this month Mullucks has had just 20 viewings, versus 232 for whole of September, as the crucial autumn selling season threatens to fade with a whimper. 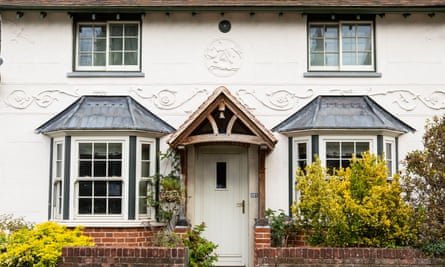 A buyer rang the office on Wednesday morning to say the mortgage they had been offered would now cost £3,000 a month, far more than their original quote, meaning they could no longer afford the home they had been interested in, says William Wells, residential sales director.

The result is that your money doesnt go as far. People are saying: I hoped to be able to buy that, but it is now unavailable. They have to set their sights lower, says Wells, a veteran of four decades in the estate agency trade.

Wells expects the total number of viewings in October to be down 50% compared with the previous month. That is quite a significant drop off, he adds. 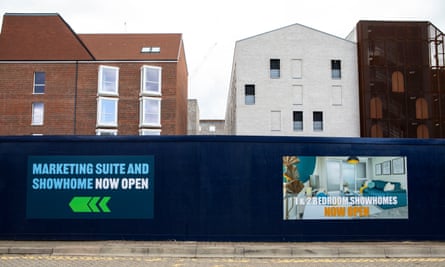 Good schools, large Victorian and Edwardian houses and quick connections into London  the train to Liverpool Street takes 40 minutes  mean family homes in Bishops Stortford often sell for more than £1m. Mullucks, which is owned by the estate agency chain Hunters, also caters to first-time buyers who are making the move out of London, but do not want to be too far from the capital.

The market town, which estate agent patter describes as on the up  was an in-demand location for those moving out of the capital in search of more space during the pandemic, a trend that has continued as many people have permanently shifted to working from home.

Around the station, newbuild blocks of flats are springing up to cater to that demand. However, the turmoil brewing in the housing market threatens to bring that growth to a halt.

A new housing development in Bishops Stortford. Photograph: Antonio Olmos/The Observer
The average rate on a new two-year fixed mortgage has risen above 6% for the first time since 2008, according to the latest data from Moneyfacts. The average increased from 4.74% on 23 September, the day of the mini-budget. At the start of December last year it was 2.34%.

The steeper rates are eating into household incomes at a time when inflation is 9.9%, close to a 40-year high. For the estimated 300,000 borrowers who come off a fixed-rate deal every three months, and those on variable rates, huge chunks of income are now being swallowed by mortgage costs.

AdvertisementThe Mullucks team have already seen those higher rates translate into a dip in sales prices. In September, the average sale price was 104%, meaning properties were going for 4% above the asking price, but this has dropped to 98% in the month to date, indicating a slump in house prices has begun.

This trend is reflected across the country, with the latest Halifax data showing prices dipping by 0.1% in September. The bank said the market, which has been almost flat since June, was now slowing more significantly owing to rapidly rising borrowing costs making buying a property unaffordable for more people.

The market has been the strangest market in 24 years, it has changed, says estate agent Martin Nash. Photograph: Martin Godwin/The Guardian

The issue is having a knock-on effect on potential sellers who are now being told their house is likely to fetch a lower price, and are considering waiting until the market picks up before trying to sell. For those who cannot wait to move, they risk selling their homes for much less than they would have been worth a few months ago.

The market has been the strangest market in 24 years; it has changed, says Martin Nash, the residential sales lister at Mullucks. His advice to sellers worried about not getting fair value for their properties is dont force the market, let the market find the figure.

With this market, the interest rates, stamp duty and everything else, just put it on [the market] at the right price. If it is worth more, it will get more, he adds.

One seller, who asked to remain anonymous, had previously been told that his five-bedroom detached house could be valued at £1.2m  a similar property in the area sold for about that amount over the summer. But during a valuation on Wednesday he was told to expect an asking price in the £900,000 region.

One worry is that actually, I have missed the market, and I know I am going to move from here in the next five years so Im kicking myself that I didnt move more quickly in the summer, he says. Im in a relatively lucky position. I dont have to move, I want to, but I do want the best deal for me and my family. 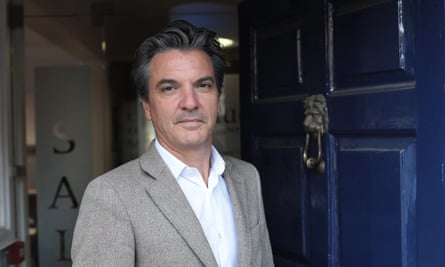 The tumultuous market has caused uncertainty about whether to sell his house now, or hold out for a higher valuation further down the line  meaning he would have to withdraw the offer he has made on another property.

It must be hellish to try and get a mortgage right now, he says, leading to concerns that there will be a drop in valuations throughout the chain.

That scenario is already playing out in some housing chains. Wells tells of one buyer whose mortgage offer recently ran out and was then offered a new deal at a much higher rate. They in turn asked the seller to knock £20,000 off the price to make up for the difference  which was accepted.

Delays are common when buying a house but their length has crept up over Wellss 40 years in the business. It used to take five weeks between agreeing a sale and exchanging contracts, now a 20-week timeframe is normal.

Buyers, sellers and agents find this frustrating during calmer market conditions, but delays are harder at a time when an expired mortgage offer could make the property in question unaffordable for the buyer.

It is a house but it is also a home, you have got yourself invested, and [if it falls through] there is absolutely nothing you can do about it, Wells says.