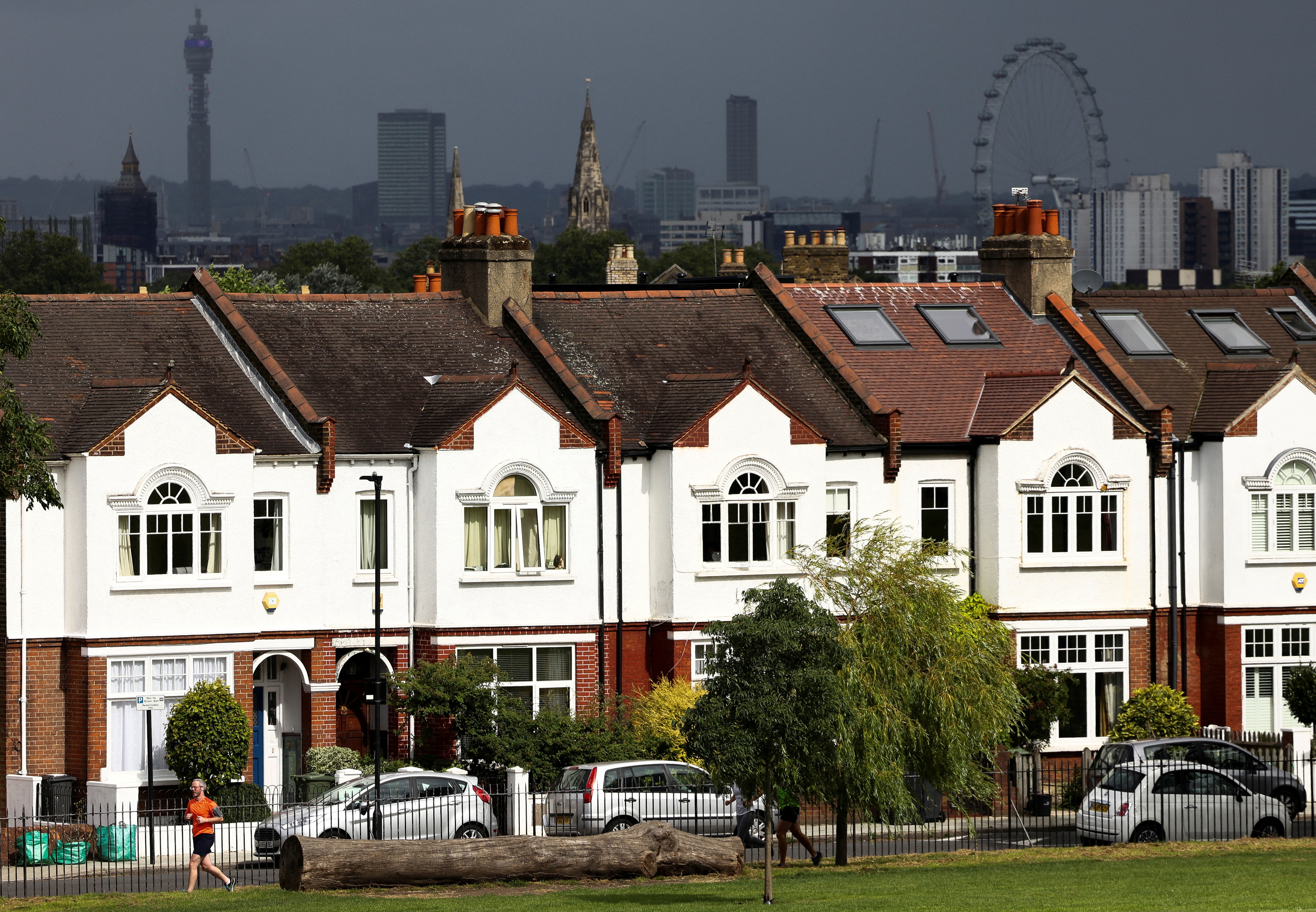 
LONDON, Oct 13 (Reuters) - British house prices rose last month at their slowest pace since early in the coronavirus crisis and they look on course to fall as a surge in mortgage costs adds to uncertainty about the economy for home-buyers, a survey showed on Thursday.

Enquiries by new buyers fell for a fifth month in a row and expectations for the year ahead suggested a slight fall in prices, according to the Royal Institution of Chartered Surveyors' (RICS) monthly survey.

The RICS house price balance - measuring the difference between the percentage of surveyors reporting price rises and those seeing a fall - fell sharply to +32 in September from +51 in August, signalling a slowdown in price growth.

September's reading was the weakest since July 2020, and a separate balance for sales volumes was the most negative since May 2020, the figures showed.

"Even though the headline price balance remains in positive territory for now, storm clouds are visible in the deterioration of near-term expectations for both pricing and sales," RICS's chief economist Simon Rubinsohn said.

"Looking further out, the picture portrayed by the RICS survey has clearly shifted in a negative direction," he added.

RATE RISES
After booming during and after the COVID-19 lockdowns as home-owners sought bigger properties, Britain's housing market has cooled recently.

The Bank of England has raised borrowing costs from 0.1% in December 2021 to 2.25% now. Investors are betting on a full percentage-point increase at the BoE's next policy announcement on Nov. 3 as it tries to get a grip on inflation, which could be pushed higher by the tax cut plans of Britain's new government.

A surge in borrowing costs in financial markets, fuelled by concerns among investors over the extra borrowing implied by the government's plans, has pushed mortgage rates sharply higher.

Even before the most recent increase in loan costs, lenders had planned to reduce the availability of mortgage finance over the next three months by the most since the three months to the end of May 2020, new BoE data showed on Thursday.

Both default rates and lending spreads are also expected to rise, lenders told the BoE in the survey, which was conducted Aug. 30-Sept. 16, before the Sept. 23 mini-budget.

Rubinsohn said the mortgage market had yet to settle "but it is difficult not to envisage further pressure on the housing sector as the economy adjusts to higher interest rates and the tight labour market begins to reverse".

A recent cut to a stamp duty tax on property purchases, part of finance minister Kwasi Kwarteng's package of tax cuts, will be outweighed by rising mortgage costs, RICS said.