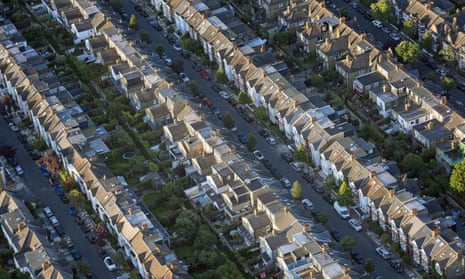 Lack of supply will prevent crash, say some, while others predict simple maths mean property price bubble poised to burst

Turmoil on the UKs financial markets has prompted analysts to predict that house prices could fall by as much as 20% amid carnage in the mortgage sector and warnings of a big jump in borrowing costs on the way.

Despite the worsening cost of living squeeze, the property market has been defying the doomsters for months. That could finally be about to change, following the chaos unleashed by Kwasi Kwartengs mini-budget.

Ray Boulger, the senior mortgage technical manager at home loans broker John Charcol, predicted a fall of perhaps around 10% next year. Analysts at the likes of Credit Suisse said it could be between 10% and 15%. Others claimed it might be even more serious than that.

Graham Cox, director of the firm Self Employed Mortgage Hub, said: Unless we are very lucky and inflation falls much more quickly than predicted, I dont see any other outcome than a sizeable fall in house prices  possibly 20%-plus over the next two to three years. Ill be accused of being a doom-monger, but if you use simple maths and common sense, how can house prices not fall? A lack of housing supply wont help one iota when mortgage rates are somewhere between 5% and 7%. He claimed that the decade-long property bubble is about to burst  Its a buyers market now. 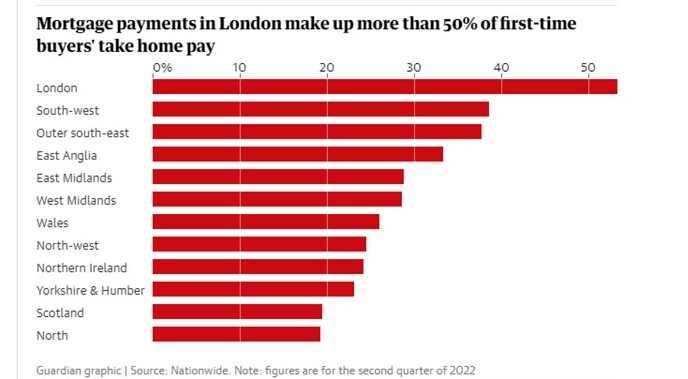 According to most of the published data, house prices have surprised many by continuing to rise: according to the Halifax and Nationwide, they typically went up by 0.4% and 0.8% in August respectively. Nationwide said the annual rate of UK house price growth was still (just) in double digits: 10%, down from 11% in July.

However, one of the elements that has been keeping the market buoyant is that demand has been outweighing supply  in other words, a shortage of homes for sale has been continuing to drive prices up. A lot depends on what happens with supply going forward, and whether people who are currently thinking about buying are going to scale down their ambitions or throw in the towel and ditch their plans for now.

Ian Hewett, the founder of the Bearded Broker in Ashford, Kent, said his local estate agents apparent lack of stock was startling, adding: Yes, mortgage rates have increased dramatically, along with all household bills, so affordability is going to be a challenge, but the extreme lack of stock will likely prevent a crash even if demand drops off sharply.

However, homeowners have been warned to brace themselves for a significant increase in interest rates from the Bank of England, which will mean much more expensive mortgages for the 2.2 million people currently on a variable rate. The pricing of deals on offer to people looking to take out a new mortgage has already leaped, and may have some way further to go. 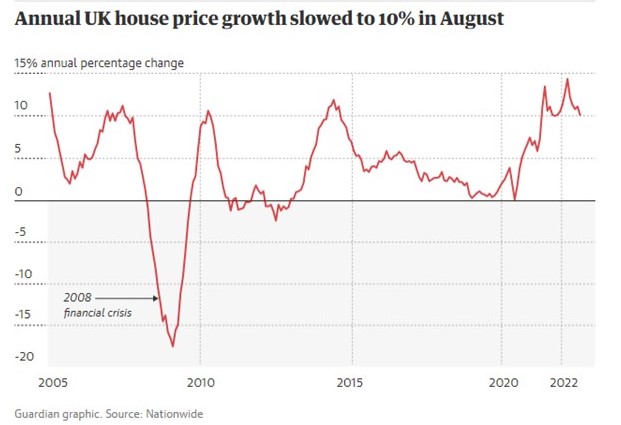 The UK economists at Pantheon Macroeconomics said the average two-year fixed rate where the buyer was borrowing 75% of the propertys value had almost tripled this year to 3.64% in August, from 1.34%. They added: It will rise to at least 6% by the end of the year if markets are right about the path for Bank rate, and possibly further if lenders start to price in a growing risk of borrower distress and default.

We could arguably be getting close to that already. On Wednesday, Nationwide increased some of its new fixed rates by up to 1.2 percentage points, and even its most competitive new two-year fixed rates are now priced at above 5.5%. Just 13 months ago a borrower could pick up a new fixed rate in the market priced at below 1%. Halifax was offering one at 0.83%.

According to Pantheon Macroeconomics, the proportion of the average new buyers disposable income absorbed by monthly mortgage payments could be about to soar to 32% early next year, from 22% at the start of 2022. Few potential buyers will commit to such a burdensome stream of future payments; many others will fail lenders affordability tests, they said.

According to Nationwide, even at the start of this summer, for prospective London first-time buyers, mortgage payments typically swallowed up more than 50% of take-home pay (for the UK as a whole it was a little over 30%).

The turmoil in the mortgage market  with rates available, then gone an hour later  is proving a huge headache for buyers and brokers.

Data provider Moneyfacts said on Wednesday that banks and building societies pulled a record 935 mortgage products overnight on Tuesday  more than double the previous record of 462 in April 2020 at the start of the Covid lockdowns.

Paul Neal, of Missing Element Mortgage Services , said: Its utter carnage out there right now. The wheels are coming off the mortgage market.

However, while David Hollingworth, at broker L&C Mortgages, said things were moving at incredible speed, he added: This is not 2008 revisited, when lenders did not have any liquidity or funding. This is lenders having to contend with extremely volatile funding costs.

The mortgage rate changes are all about new customers, he added, saying that there was no evidence of panic from lenders around existing mortgage offers or applications that had already started their journey. If you have got a mortgage offer, that should be valid for a specified period of time.

But you may be more vulnerable if you have only an agreement in principle, as opposed to a formal application, as this is a broad indicator of approval.