100: Dollar Crash and Impact of Property

For UK investors, the decline in the Dollar since the beginning of the year and recent acceleration has been broadly beneficial thus far. Strong sterling will tend to keep inflation down in part because imports are less expensive. Lower inflation should help keep interest rates down. The high Sterling will also make exports more expensive and lead to reduced sales from manufacturing - this will would reduce GDP, a further reason for not putting up interest rates. In addition, high interest rates will tend to drive Sterling higher - and because the Bank of England will tend not to want this to happen any further, it will also reduce the likelihood of a further interest rate rise. Holding a portfolio of property in the UK priced in Sterling is beneficial to those investors that bought before Sterling rose. 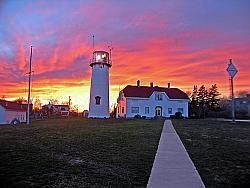 So why the shift away from the dollar - many reasons:

USA and the dollar are becoming globally less important as the Chinese, Asian and Indian economies expand.

The USA budget deficit and balance of payment deficit are so huge, many countries have decided to reduce their exposure to the dollar, in case it crashes or the economy goes into recession.

The housing boom has ended, GDP growth for 2007 is forecast to be significantly lower hen 2006.

Interest rates are thought to have peaked - and could dramatically reduce if the country looks like it is heading for a recession.

So what does this mean for property investors - does it represent an opportunity?

For UK investors investing in the UK - the chances of further interest rate rises have diminished. It's likely inflation will drop to say 2% over the next 6 months and GDP will reduce to about 2.3% - so interest rates will probably plateau at 5% before dropping mid 2007 to 4.75%. This should create stable condition for property investment - with prices continuing to rise in the south and staying fairly stable in the north (rising far less fast).

For UK investors considering buying in the USA - it's likely to be a bit early to do so. It's probably best to wait to see the dollar drop further and make sure the housing market is 'not' heading for a meltdown. There are tentative signs of stabilisation and improvement in the last month, but it's early days. If a full blown recession is avoided, interest rates drop and the dollar drops say another 10%, one could argue it would be the ideal buying opportunity - purchasing dollar assets from sterling at the bottom of the housing market just as interest rates start coming down, which would likely send US house prices higher. It's worth monitoring for a few months with a view to investing in early to mid 2007. 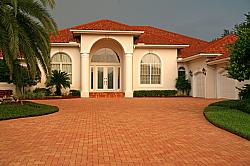 For all those doubters - the USA will always remain a huge growth engine for the global economy. In 1950 the population of the USA was only 150 million - it's now 300 million - by 2050 it will be 450 million. You do not have such population growth in a country with huge natural and intellectual resources without a big increase in GDP. Remember productivity and GDP growth in the USA has been higher in the last 5 years than almost all developed countries. The huge wealth of the babyboomers will be heading to the coasts of Florida, Carolina and California to retire - so the trick is to find coastal property with sea views that is not susceptible to flooding from sea-level rises, erosion and hurricanes.