Abbey National in the UK recently commented that there were many similarities between the economy of 1990 and 2007  seven unbroken years of house price and economic growth, inflation rose to 7.5% in 1990 (interest rates to 15%) whilst in 2007 the RPI has increased to 4.4%. Margaret Thatcher lost power  as seems the likely fait of Tony Blair. However, we believe there are some fundamental differences which should prevent a crash this time in the seven year cycle:

Globalization and the internet: have created great efficiency gains, cost reductions and reduced the pressure on inflation  and have helped enormously in providing cheap imports  manufacturing and distribution are now far more global with trade barriers dropping. A ready pool of low cost manpower has kept a lid on output prices  manufacturing output has risen causing greater competition and keeping price pressure low. 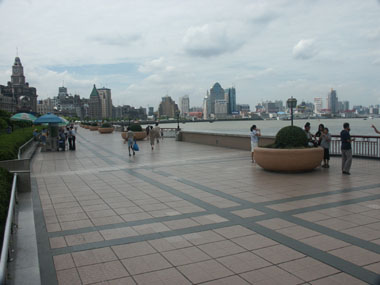 Population and GDP Growth: The , US, Chinese and Indian populations are growing at a fast rate  the younger workers provide the engine for continued growth. The use of technology and rapid transfer of innovation globally feeds through to greater wealth and this is driving up asset prices. Core inflation is low, but asset prices, company values, earnings are all growing rapidly. The Chinese economy has grown at 8-10% for the last 7 years  and economy has grown at about 7-9% for the last 5 years  so why wouldnt their property prices rise by at least this amount each year to keep up with growth? The has grown at rates of 2-3% for the last 7 years  with earnings growth at 3.3  4.5% - again, no surprise house prices have risen significantly.  Unemployment has dropped in almost all western countries in the last five years.

Not yet out of reach: Many people mention they cannot understand how young people can get into the housing market  the answer is, they get help from their parents. Years ago, with large families and small asset values, parents did not give help for deposits on mortgages. Nowadays, if someone downsizes from a house in worth say £600,000 to a cottage for £400,000  they might give their two offspring £20,000 each as a 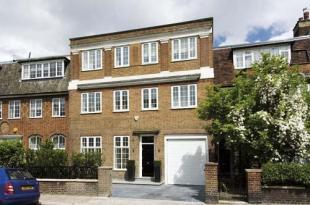 Track Record: Property prices have risen on average 8% a year in the last 100 years  anyone keeping gearing to 80% during this period would have seen a return on equity of some 40% a year. Property is about the only investment the average person understands  most people make property purchases and hence one can consider all these people as property investors. Its tough to find a simpler way of achieving high returns than to invest in property given some good research to determine the right property, in the right place, bought at the right price at the right time.

Continuing Global Growth: Overall global growth is running at around 5% led by (11%) and (9%). Most Western economies have GDP growth rates of 2-3%. As long as commodities price stay at reasonable level (e.g. oil prices below $80/bbl) this general growth and wealth creation could continue on its current course. This could drive asset prices far higher  particularly in , and the maturing economies of eastern Europe, and . Jobs growth globally has been impressive  and a far proportion of this wealth end up back in the  some invested in residential and commercial property. Its difficult to see what would cause a major financial crash  the has had a soft landing recently and confidence in the dollar is slowly returning.

Oil / Gas Price:  Spot wholesale gas prices have dropped to 22p/therm (from levels of 50  80p a year ago) because of a flood if imports from and the warm weather. Meanwhile, oil prices dropped to $49/bbl in early January before rising to $58/bbl mid February  well below the highs of $78/bbl last July. We anticipate 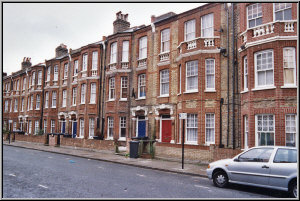 gas prices to say low but oil prices to rise slowly into the $60-70/bbl range in 2007. So the inflationary pressure have certainly eased from oil/gas prices  however, most retailers and manufactures are using this easing to increase their margins and this is putting upward pressure on inflation.

UK Inflation The shock interest rate rise in early January was likely caused by severe unease at the CPI inflation rising to 3% (RPI was 4.4%) - very close to when the Bank of England Governor is obliged to write a formal letter explaining himself to the Chancellor. There are significant downside risks to inflation rising  though the minutes of the meeting gave some comfort to the more optimistic analysts that because the vote was 5:4 for an increase and all the normal internal banking hawks actually voted to hold rates, that there may not be a follow-up interest rate increase in early February. WE believe it most likely rates will rise to 5.5% by early March then most likely stay at that level until the second half of 2007 when they may drop slightly. Such movements are unlikely to knock the wind out of the property market to any great extent.

So in summary, no crash looks likely though it can never be ruled out completely.