Demographic Trends and how they affect Property Investment Potential

Demographics: 'the quantity and characteristics of the people who live in a particular area, especially in relation to their age, how much money they have and what they spend it on'

Baby boomer: 'somebody born during a baby boom, especially the one following the end of World War II.'

The restrictions on the size of families has dented the population growth.  But even though China is not

reproducing itself, people are living far longer than previously mainly due to improved health care, food and working conditions  albeit counter to this trend is that fact that most people get less exercise and are more overweight than 50 years ago. If this trend is reversed, one could expect to see average ages and hence the population grow even higher.

Another important trend is immigration  the mass influx of agricultural people to city areas in such of manufacturing jobs is leading to a boom in population in city areas  this is also supporting GDP growth and preventing wage inflationary pressures building (which can in turn lead to higher interest rates). This general demographic situation is well known, fairly deterministic and should help support house prices and demand for property in the longer term. On a small scale, expect the following demographic trends on a regional level: 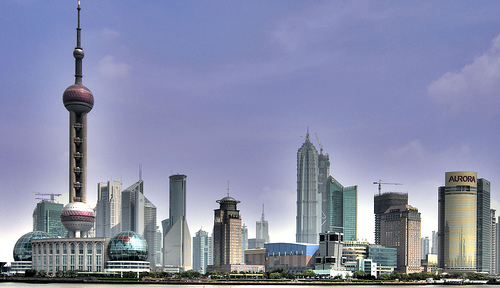 So there will be a shift of low earning rural people to the cities/suburbs and wealthy city folk to the countryside close to large cities. There will be a considerable increase in demand for homes (whether permanent or second homes) with sea/coastal views as the baby boomers retire starting (the oldest baby boomer is now 62 years old) and continuing for the next 20 years.

However, both Japan and Russia will see population drop significantly after 2010 so be wary of investing in these countries  particularly in depopulating agricultural areas a long way from the main cities (e.g. Siberia in Russia and northern Japan).

will see a large population influx and retiring babyboomers, gamblers and people interested in leisure and holidays. The same applies for all select coastal areas popular with international holiday makers  examples include Puckett in and select Chinese holiday resorts along the south coast of .

Asian Demographic Changes up to 2050

Property investment is for most people a long-term financial undertaking  so with this in mind, it seems 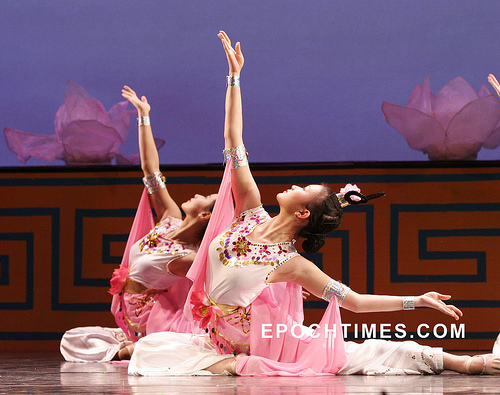 prudent to consider future long-term demographic changes that will affect supply and demand for property in up until 2050. The Asian population will deliver the most increase in the number of people from now until 2050  another ca. 900 million people from 2010 to 2050.

In and , it is not increasing mortality but the low fertility rates that will be responsible for the population shrinkage. People are getting married later, having fewer kids and many only have one or even no children. If the Russians keep their low fertility rate, and there is not a significant rise in immigration, the UN forecasts the population will drop by 19% by 2050.

The Japanese and Russians will have an aging population that will start affecting GDP growth after 2010, as more retired people are kept by fewer worker. may eventually see the affects as well, but this should not be until about 2040.

Some South Asian countries such as , and will see their populations double from 2002 to 2050. Land, food and water shortages could hit such countries, but property prices in central cities is likely to rise as more business is set up to cater for the expanding populations.

Predictions for Chinese Property demand up to 2050

Based on these projections of an aging population, we have prepared a few types of property that will be in demand, and those that will not be in demand as this demographic shift takes place from now until 2050: 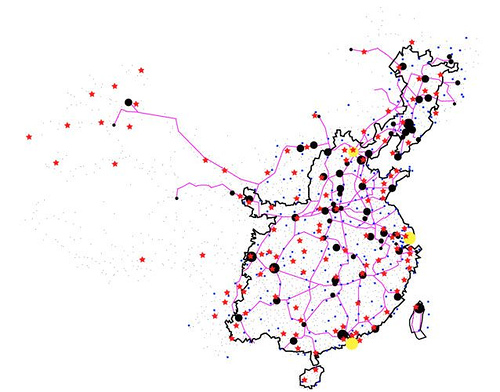 Property Not in Demand

In Chinese cities where wages and the standard of living will rise the fastest, one can expect to see prices moving up fast. Since Chinese like to be close to their families, there will likely not be a mass migration of retiring babyboomers to coastal area  however, the more wealthy babyboomers may purchase second homes or holiday homes in pleasant resorts.

A key consideration in future property investments is how will the baby boomers affect market prices and demand, and which segments will this be in? The baby boomers are those born between mid 1946 (end the World War II) and 1964. This was an unprecedented baby boom period in . Immediately after the war, a surge in babies continued at rather high levels until the early 1990s. It trigger the start of the house building boom in 2000 and is likely to continue the boom through to 2030. 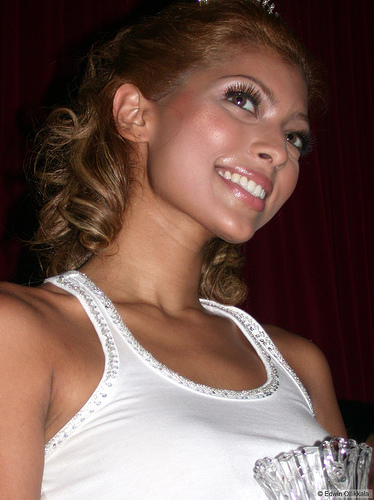 most retire between 60 and 65 years old. In the next twenty years there will be a huge opportunity to service these baby boomers  they are the ones who have benefited most from the boom economic years and have already driven house prices to record highs. They are currently in their peak money generating years (40s and early 50s). So what next? Our prediction is that these baby boomers will want the following:

These new baby boomers will not want to sit out their retirement  most will be active, sporty, fit, desire the café culture, want to travel extensively, and be independent. They will not desire boring warden assisted retirement complexes in the middle of nowhere  what they will desire is fun, the sea, a community and proximity to family, friends and culture. They will avoid high crime areas, want to be close to airports and avoid traffic jams. They may also desire to return to where they or their family grew-up if they had fond memories, or move to where they enjoyed family holidays. In summary, they are likely to either:

We believe the ideal investment to service these needs is a medium-high end two double bedroomed apartment with balcony overlooking the sea or marina (example locations would be the south coast of ). There will be more and more baby boomers chasing less and less property  and its just beginning. The suburban semi-detached and detached houses  so called commuter properties  may become less fashionable though demand will remain high in and the larger industrializing cities. Large houses in the countryside with land will probably increase their value if they are close to large cities, although these properties may become difficult for the elderly people to maintain and service in later years.

We see particular capital growth in these areas in the next 10-15 years, as more baby boomers decide to settle outside urban conurbations to the seaside. The sea, sand, sun, surfing, sailing, walking, cycling, café culture and activities / amenities will increase demand in these areas. That it not to say that the main city centres will not do well. Baby boomers may also choose to have a pied-de-terre for tourism, leisure, maintaining business and investment contacts, visiting family and friends  hot areas are likely to be , , , , Hong Kong, and . The closer the pied-de-terre apartment is the top theatre, restaurants, central banking and business complexes and city leisure centres the better.

Below for reference are the largest Asian cities with their populations and ranking. The cities that are expanding quickly such as Indian and Chinese cities will do very well from property investment. As it becomes more difficult to travel into work and the cities expand and congestion increases, the central apartment locations will sell at a premium.