PropertyInvesting.net presents below unique insights into the susceptibility of different countries to Peak Oil (and Peak Hydrocarbons). We believe "Peak Oil" was July 2008. As oil shortages occur, other energy sources will be required to fill the gap. The main two sources of energy that will help close this gap are gas and coal -renewable energy sources will become more important in future years (hydro/solar/wind) as will nuclear, but over 90% of energy is currently sourced from hydrocarbons (oil/gas/coal) and hence all the prices for these commodities are likely to sky-rocket as oil production fails to keep up with demand.

Just to put this into perspective, China is forecast to increase the amount of cars in use according to IMF projections from 25 million in 2008 to 550 million by 2050. If these cars use the same amount of fuel as UK cars, by 2050, we calculate China will need a further 21 million bbls of oil per day - far more than the USA currently uses (and USA uses 25% of the world supply!).

What we have done for the property investor who wants to consider these insights as key business risks or opportunities is to:

This then gives a key insight into the measure of the susceptibility of each country to the ravages of Peak Oil and increasing oil/gas and coal prices. We call this the Peak Oil Susceptibility Index.

The key reason why we prepared this Index was to provide our website visitors the latest key insights into Peak Oil susceptibility - so you can then use this to guide your property investment strategies. If you are worried about Peak Oil and ensuing high energy prices, as we are, then avoid the red and purple boxes and gravitate to the green boxes. For UK investors - so far it's not too concerning - about ten times less concerning than for Japan. But the UK's index will likely drop to -1.5 by 2020 as oil and gas production depletes.

And for all countries with red boxes, it's time to start: 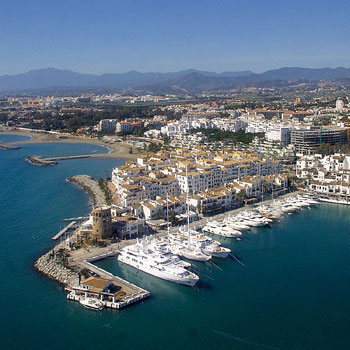 particularly badly exposured - since they use much energy for not much export-manufacturing gain. Here - we are thinking of Spain, Italy and Greece. These countries are also quite dependant on low cost airlines for tourism - something we believe will get far more costly and there will be far less airline travel in future because of shortages in kerosene. These countries will also likley be hit by global warming - with agriculture becoming more challenging as droughts and summer heat-waves become more frequent. The reason we mention this is because, if you think far flung sunny holiday property on the Mediterranean will keep their value, there is considerable risk in this strategy as airline travel costs will rise in future years. Water and food costs will also rise. In key centres like Valencia, Madrid and Malaga-Marbella, with good electric rail and commerce, things may not be too bad. But the remote EasyJet accessed towns reliant on cars and airlines will suffer we believe as hydrocarbon based travel becomes more expensive.

Better to stay close to major GDP generating European cities with good electric rail services to other economic centres, like Paris, London, Brussels, Cologne, Lille, Lyon. And if you are really worried, head to Oslo, Aberdeen, Moscow, London and St Petersburg - all cities with oil/gas and mining interests.

We believe its the first time the total hydrocarbon surplus-deficit production picture has been presented for you like this. We hope this has given you some good insights for your investment.