Absurdity and Necessity of Cars  One cant help pondering how absurd it is that we all dash around, spending half our lives in a car. One side of us thinks its a real shame, huge inefficient polluting cars  dangerous  noisy - unhealthy  costly  and stressful bein stuck in so many traffic jams. The other side of us might thinks  freedom, prestige, power, fun, exploration and the bigger the better  put a DVD on and cruise all day - with very little effort. 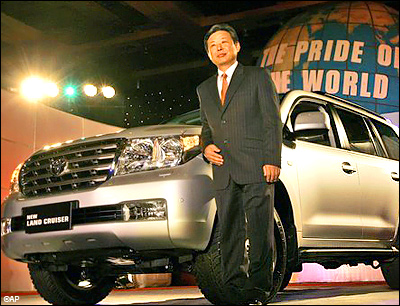 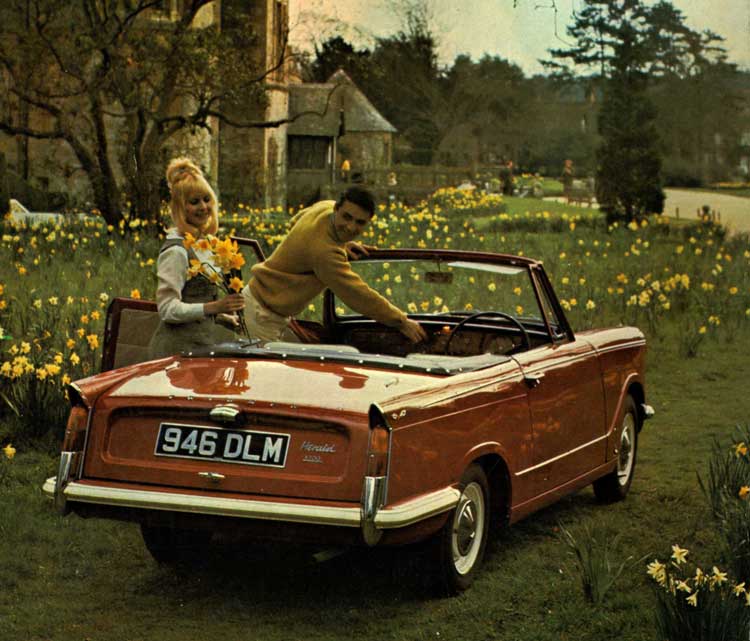 Size of Cars Doubles  Its also interesting to ponder the absurdity of the size of cars this decade. Back in the late 1960s, a 1.3 litre 50 BHP Triumph Herald was an average car. They made the MG Midget, a 1.1 litre Sports Car! Now it seems the average car has a 2 litre turbo changed engine, is 160 BHP and is more than double the size! Its not uncommon to see 4 litre BWM 4x4 or Toyota that look like lorries and are taller than a man  driving around the same narrow city streets used by horse and cart in Victorian times. Then there are the space wagons or people carriers with no people in them that just seem to get bigger every year   bigger than a 1970s Transit van!  Car parkings places no longer have spaces that fit these gigantic cars. And yes, we like big cars too  most people do. Cant remember driving a car of less than 2 litres in the last 15 years  and one feels the lack of oomph without the turbo! When we look back in 15 years time, we'll probably think it was a bit crazy of us to drive these pertol powered monsters.

Pros and Cons of Cars: We thought wed do some analysis on the disadvantages of cars  outlined at the end of this report. Then consider the advantages. The reason why we did this was to try and get a balanced view  as context to the biggest global economic threat of our time  Peak Oil.  Yes, we are very serious. Peak Oil production we believe was July 2008, and from now on, the world will never produce more than it did that month.  But something does not stack up. Listen to this  it will blow your mind. And re-confirm why we expect oil prices to sky-rocket in the next few years. 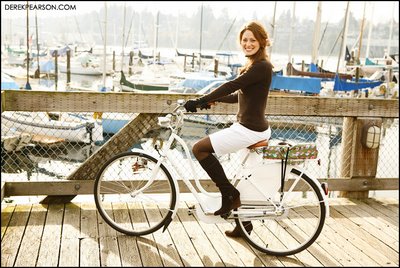 Another 20 million barrels a day please Sir  If and when China increases its car usage by 500 million cars, it will according to our calculations, assuming the same petrol consumption per car as at present, require an additional 20 million barrels of oil a day!  Meanwhile the world produces 85 million barrels a day  and we believe this is on a bumpy plateau and will start to decline significantly in about 3 years time. Where are the extra 20 million barrels a day going to come from? We havent got a clue. Its a very serious issue  believe us! Anyone that thinks we can find an alternative to power cars quickly is kidding themselves  it would take 25 years to convert a countrys fleet of cars to alternative power. Even if there was a mass conversion to electric cars starting now, the electricity needed to be generated to power 500 million cars would be astronomical  and the CO2 and environmental lobby say no coal. So how will the world reduce CO2 emissions when oil will start running short soon and the Chinese will be driving 525 million cars by the year 2050! We have no answer again. Nuclear power seems the most CO2 friendly, but most projects get canned because of environmental concerns....

Political Dimension   To keep the Chinese Leadership in power and prevent social unrest, economic progress will be required and overall increases in prosperity for Chinese citizens  and this also means allowing people to drive cars. The Chinese will take as much oil, gas, coal and other fuel as required to make this happen. The competition for these resources has only just started to heat up  and in part caused the $147/bbl in July 2008. Yes, the Chinese will eventually start converting to electric cars, but they will also use coal-to-oil technology, coal-to-gas technology and anything-else-technology and fuels that can be mustered up to fuel the growing fleet of cars for the masses. If they are not as wealthy as the Malaysians by 2030 we would be very surprized, and the Malaysians have almost as many cars per family as the Europeans.

Fuel Prices Will Rise   Expect fuel prices to rise from now onward  it has only just started. And for those in the UK that cry  "how can this be  we already pay too much"  look no further than the Chancellor and The Prime Minister who have increased fuel tax to 66% despite the UK being self sufficient in oil (up until 2006), and have extracted a gigantic 60 billion pounds a year in diesel and petrol fuel tax from the UK consumers. Oh, and that's a tax on after tax pounds being spent. If you take into consideration most employees pay about 45% tax on income (combining income tax and national insurance) - the actual real amount of tax being paid on fuel is about 85% - because we are taxed then taxed on after tax income!  Because there are 25 million vehicles on the road, that's a staggering 2,374 pounds per vehicle per year in fuel tax alone. So the good news is, if oil prices double, your petrol price at the pump will only rise by 25%, because most of it is tax! 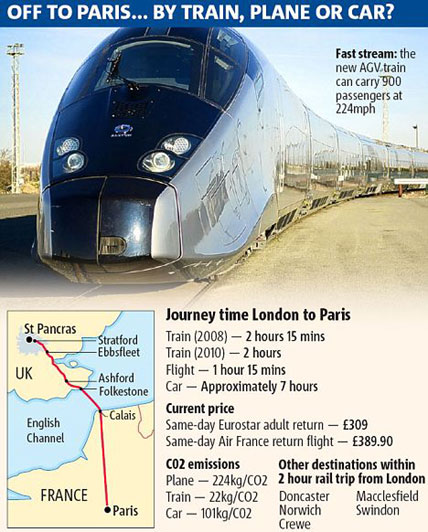 Property Investors Take Note  For all property investors, the particularly relevant aspect of this is that property close to major wealth creating urban and town centres will hold their value far better than a property in poorer far flung regions with remote access by car. Access to electric rail stations  for fast commute to London and other major cities will also help sustain high property prices in these areas. Even better, new high speed electric train services will see property prices rise higher  e.g. Stratford, Ebbsfleet, Ashford, Canterbury, Folkestone, Ramsgate. By 2020, Crossrail and a High Speed line to Birmingham will help property along these rail lines. Birmingham city centre could prosper eventually, despite the recent manufacturing decline (what's needed is some electric car, rail and battery factories!).

Pros and Cons  Enclosed below are the pros and cons of cars - to give a balanced view - both sides of the argument for cars. Overall - we think the pros will win the day in China. We are almost sorry to say the pros outweigh the cons for most people and governments in the world. One has to be realistic - the car is not going to go away. Instead, as countries industrialise, their car usage will explode. Think of Brazil, Russia, the Middle East, Africa, India, China - they will also have increasing car concentrations and busier roads - have you ever heard of a country with fewer cars than years ago? It's not going to happen. If massive fuel shortages occur, the crisis will lead to a technological scramble - this could be nuclear power to electric (with wind and gas as a bridge) - we do not know though until it happens.  The days of cheap fuel are over. And again, all those that say it's already expense, the only expensive thing about UK petrol and diesel is the tax! (it would be 20% of the price if there was not tax). If we all thought the tax revenue was being wisely spent or invested, it might feel better.

·         Anti-social  does nothing to develop community or relationships

·         Dangerous for pedestrians and cyclists

·         Maintenance  expensive and time consuming to repair, replace and maintain

·         Drinking and driving  if you drink alcohol then drive, you can end up in prison, without a licence and can be prosecuted for manslaughter  negative stigma, guilt etc

·         Waste of time  cannot us PC, mobile phone, TV, read book or do anything else except listen to music (unlike on a train or plane)

·         Kills many innocent school children, cyclists and pedestrian that come in the path of one ton mechanical beasts travelling at up to 60 mph  pedestrians do not stand a change

·         Safety  perception of safety driving a large car with airbags (e.g. 4x4) despite being far more dangerous than rail, bus or air travel

·         Health  do not have to share space with other people from different social groups that may also have ill health (colds, flu)

·         Ability to avoid public transport (bus, train) that in many areas is considered to be used by poorer (needy) people

·         Often faster than rail, bus and other public transport

·         Car can be used to transport office equipment, clothing, shopping and odds and ends that makes packing far easier (e.g. bung it in the back of the car, instead of organising proper efficient packing)

·         Ability to pick someone up, then transport them somewhere, then drop them off  in a perceived safe and secure manner  (e.g. school run)

·         Purchase of an extra large, tall and heavy car protects the driver even more from other cars  and is therefore the preferred mode of transport of the rich (e.g. Land Cruiser, BMW 4x4) - have you ever seen a rich person driving a small saloon car?

·         Because oil is starting to run out, it may not be possible to own a car in future years  or it will become far more expensive  hence we better drive as much as we can now and enjoy it while we can, before its too late!

·         Efficiency improvements over the years now allow me to drive a car that is double to power using the same amount of fuel. Because of this speed and power, I feel more like driving long distances in my beautiful area. This conservation has actually lead to my consuming more!

·         Can be a pleasant experience going for a leisurely drive

Provocative Thoughts  We hope you have found this Special Report interesting. It is meant to be somewhat provocative because the issue is serious and there needs to be a wake up call to the fact that China will be using 30% of the worlds oil by 2050 instead of the current 10% - and someone will have to give up that 20% share - when oil production could be at about 60% of its current level!

Enjoy It While You Can  In the meanwhile, enjoy your cars, before the fuel prices will start rising! And if we have good environmental values  we should get on our bikes and do our bit to reduce global warming and stay healthy (if we can avoid those gigantic cars - not much smaller than a World War II tank!), and help conserve the remaining oil and do your bit to help push out the oil shortages that are almost certainly about to hit us.

Peak Oil Model  We have prepared the forecast below based on a detailed supply-demand model for all oil consuming and producing countries - a bottoms-up build that we believe is an accurate medium term representation of the supply crunch shortly to unfold. Beneath this chart is one of the 40 countries in this model, the UK - with its oil production forecast (decline of 5% per annum for the next six years).