Economies on the mend? News the economies of , , and are on the mend have been regularly published in the last two weeks. Its not really surprising in view of record low interest rates, oil prices as low as $38/bbl (albeit briefly) and the massive printing of money, borrowing from eastern nations and a global co-ordinated approach to get economies moving. Property prices in the seem to have bottomed out around about March 2009 (we expected this by August 2009, so in our vew it came earlier than expected). Most indicators suggest prices have risen about 3-5% from their lows in late winter - particularly in London.  Despite unemployment contin 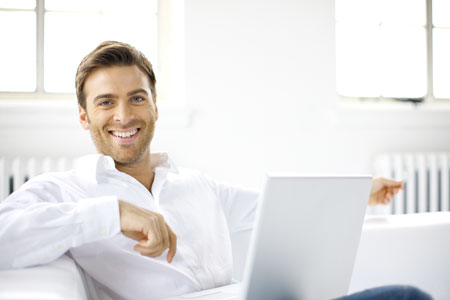 uing to move higher, the massive reduction in borrowing costs (almost halving in a year) has stimulated the property market. Yes, banks are very tight with lending  they are hoarding the cash raised from the government and borrowing should be more plentiful and at more competitive rates, but all the other stimuli seems to have been enough so far to stabilize the market and lead to some modest price increases in the more wealthy areas (London, southern England).

Outlook:  So what is the outlook. We believe it very much depends on oil prices. You might say to yourself, whats this got to do with it? To which we point you to the Special Reports on the subject we have prepared on the last five years for detailed analysis and comment. 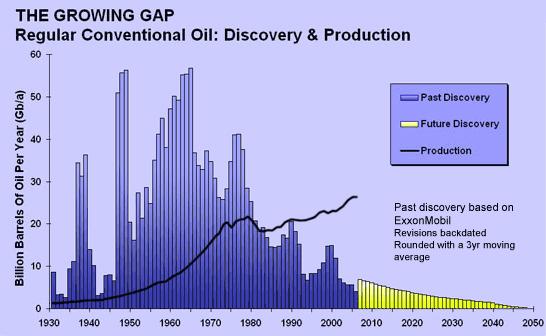 $50 Oil:  If oil drops back $50/bbl, this will stimulate the western economies and lead to lower interest rates, economic stability and rising house prices. The only concern would be if oil prices crashed to say $30/bbl this would imply a major prolonged recession or depression with deflation starting in many countries. Oil prices at $50-$70/bbl is probably best for property.

$70 Oil:  Oil has now risen back to $70/bbl  at these levels  we give it an amber danger signal. $70/bbl will start to stifle economic recovery  likely to be felt late in 2009. But it probably wont have a significant or noticeable impact at such price levels. 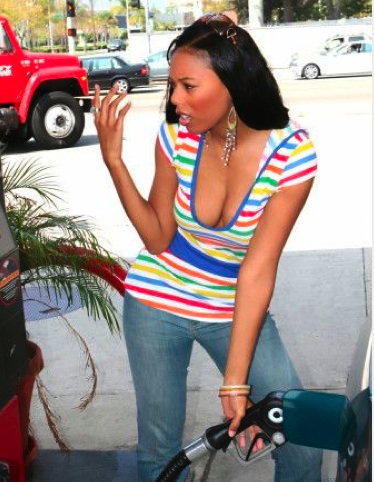 rowth would be suppressed, inflation would start to become a problem, interest rates would rise and within a year, property prices would start to decline again.

$150 Oil:  At $150/bbl  at such price levels, we would get what we had before  an asset bubble likely bursting with stock prices and property prices starting to drop significantly and another period of recession in the western world kicking-in. Remember, at $150/bbl, the US oil import bill is about $0.75 Trillion in a year  how can a country afford to see so much money leave the country? Thats a whopping $2,500 per person per annum. The would be less badly affected because it only imports about 300,000 bbls/day  so its overall annual oil import bill would be far less per person  at $16 Billion or $273/person per year  about ten times less than a citizen.

, Importers: and will be clobbered once more. would suffer as would . , and would be the only winners from western countries. The UK would suffer far less than many countries because it currently only imports about 20% of its oil and gas needs  albeit this will increase as oil and gas production depletes by ca. 5% per annum moving forward from its peak oil in 1999 - when the UK was the fifth biggest oil producer in the world.

So in summary, for all property investors, do not think these current - in our view benign conditions will stay for long. As inflation starts kicking in early 2010, expect interest rates to start moving up  possibly quite quickly. Yields will drop, property prices will then likely stagnate again or could drop  IF oil prices rise above $100/bbl. Also ask yourself, do yo believe the current UK and US governments are able to control the inflationary mix that was started end 2008? And do they have a good control on factors such as oil prices and energy supply-demand? If you are skeptical, watch out and consider hedging with oil and gas investments.

Which way oil prices then?  So the big question is  do we think oil prices will rise above $100/bbl in the next 18 months to cause this problem. Regrettably the answer is  yes. The reason being that Peak Oil we believe was July 2008 and we are now on a bumpy plateau before worrying global production declines kicks in after 2015. Western oil demand has dropped significant, but oil imports have increase 42% in the last year. This happened during a western world recession and despite the Beijing Olympics ending. Chinas oil demand will sky-rocket as more people buy more cars. 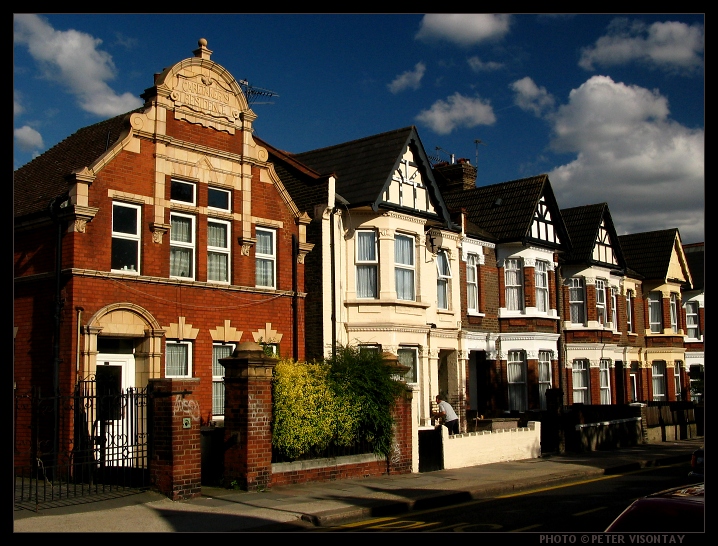 We believe the end of low prices energy has arrived  for good. Expect oil, gas, coal and metals prices to rise sharply as the economic recovery gains pace. But it will also temper any big GDP growth in oil commodities importing nations. The best performing property markets will be those expose to commodities. For citizens who want to invest at home, we rank and as the highest for potential property price growth as energy prices increase. Travel will become more expensive, so far flung commuter towns reliant on car transport from home to work will suffer disproportionately.

What About So Called Demand Destruction?  There seems to be this very western-centric view that oil demand will continue to decline because we have experienced some kind of wake-up call or mini-shock when oil price rose to $147/bbl. And we'll switch to other fuel sources so the issue will go away. We just don't buy this argument. There are some realistic reasons for this:

Top electric rail hedges: In the UK it's best to stick close to good high speed electric railway lines  examples of such commuter towns with good fast electric links to are:

Death of the Budget Airlines to Obscure Regional Airports: A further warning is  the days of low priced budget airline travel we believe are nearing an end. Many budget airlines used small regional airports with low landing taxes to ferry tourists in and out. As airline fuel prices skyrocket, these airline will probably either curtail many of these destinations and/or go under. In any case, even if the flights are retained, they will be costly and be exposed to increases in aviation taxes because of CO2 emissions concerns. Hence, we would be the last people 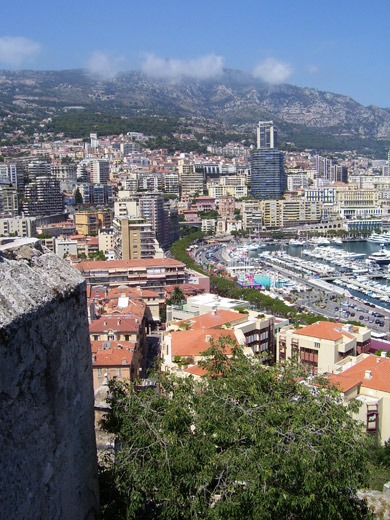 to advise on purchasing countryside property close to one of these small airports with in-frequent flights. These areas have been opened up by low cost budget airline, but can equally be closed down by them as well  a property investment risk you will have no control over. Add to this the realization of how much fuel is used to move a person say 300 miles by plane and its impact on CO2 emissions, we seriously question how many more years frequent airline travel can continue with Peak Oil now behind us. It was great fun while it lasted  and all those weekend trips to Pau and Gdansk for £50 round trip were exciting, but the world will probably get real shortly and start to tax aviation fuel like they do normal car and truck fuel. As for the Seychelles and Maldives, whether the super-rich can keep these destinations active is a key question. Cape Town in South Africa is also exposed.

If you do select to purchase holiday property abroad, better off to research areas with outstanding high-speed electric rail lines close by - close to high paid jobs and industry. Examples include , , , Lyon, , , Marseille and . Look to the Eurostar and TGV rail maps for reference.

s Massive Re-Developments: In the we still favour property investment in or close by. The reasons are:

But its more difficult to see with high oil prices cities that are more reliant on manufacturing and public sector jobs outperforming and southern in the next ten years. has 53% of its population employed in the public sector  more than before the collapse of the Soviet Empire  so if government money dries up  likely with both Labour or Tories victories mid 2010, these areas will probably suffer from public sector jobs losses.

Summary:  Meanwhile, there are few projects in that seem to have been cancelled. Actually, from November 2008 onwards there was a spate of projects being given the green light. We can 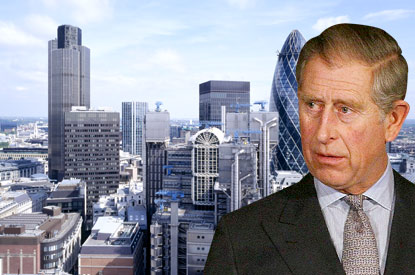 only surmise that the dash to create jobs during the recession has stimulated a flurry of approvals - in part to keep economic momentum going. Jobs are what are required in hard time. When you look at the shear size, scope and quantity of the regeneration projects outlined above, we hope you can understand why we keep on about investing in property. In he next three years leading up to the London Olympics  it is difficult to envisage that a nice one bedroomed Victorian flat for £140,000 in (village) will not rise in price. But possibly even safer is a one bedroomed flat in a quiet street in Battersea (close to ) for say £240,000. Seems a high price, but when you consider that many of the worlds most wealthy people have pied-de-terre within a stones throw and massive financial dealings are done every day  it must be one of the safest property investments in . And meanwhile with a significant upside. Starting prices for flat in Chelsea are £500,000, so anywhere huddled close to Chelsea-Kensington-Mayfair should see a benefit on the basis that the wealthy will stay wealthy. If you don't believe they will, it will be counter to hundreds of years of history!

We hope you have found this Special Report interesting. If you have any comments, please contact us on enquiries@propertyinvesting.net

Gas Pump Prices - are likely to rise in 2010 onwards. But in the UK, because petrol tax is currently 75%of a tankful, if oil price double or rise by 100%, a tankful will (only!) go up by 33%. Whether you can describe this as good news is open to debate! 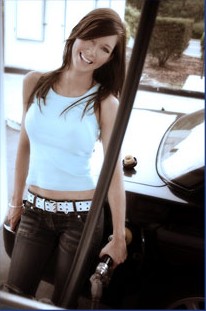 World Population:  Anyone that thinks oil demand will not rise moving forwards with so many young people in te world wanting cars is, in our opinion, rather unrealistic. Expect oil demand in developed countries to drop slightly, with oil demand in developing countries sky-rocketting after 2010. Price, we believe, will move higher - before they act as the key constraint to demand - at some price higher than $150/bbl. 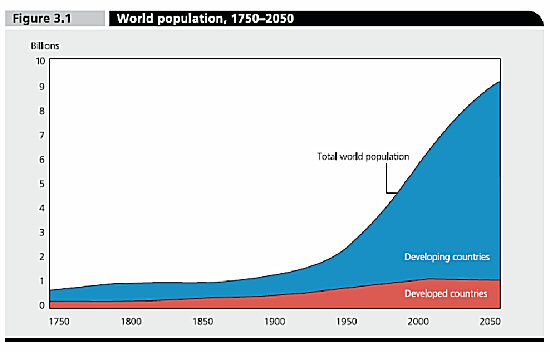 Oil Bills: Look at these massive oil import bills for the different regions. The Middle East earns a gigantic net $1 Trillion a year at $150/bbl. Much of this is pulled from Japan, USA and China along with western Europe (except Norway, Russia and Canada).