In this Special Report, we will explain our view on the dynamics of the financial markets, energy and socio-economic outlook for the UK and give pointers to yourself as a property investors to help you improve your returns. 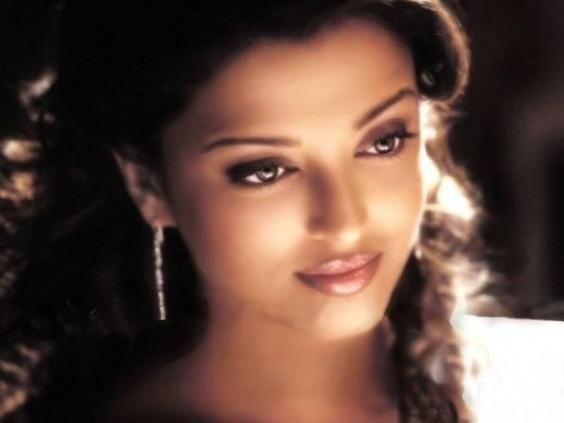 Bumpy Plateau: From a macro-economic stand-point, as described in the Special Reports from mid 2008 onwards, we believe Peak Oil was July 2008. To be precise, thats the maximum daily oil production rate (not oil reserves). However, if all major net oil exporting countries avoid security, political or production crises, it is still possible production could edge higher than July 2008  but this depends on how quickly Iraq raises its production levels from the current 2.4 million bbls/day to the planned ~6.5 million bbls/day by 2015, along with how quickly other countries production declines. Our modelling, which we believe to be pretty much the best modelling on the planet (we kid you not)  predicts a bumpy plateau of production averaging around 86 million bbls/day for the next five years. The production rate will wave around a bit  we dont expect a production crash, but we dont expect a significant increase either. We are therefore at Peak Oil  or thereabouts. Please note that production has not risen significantly since late 2004  as conventional crude oil production has declined, this has been offset by increases in natural gas liquids (from higher gas production), unconventional heavy crude oil (Canadian Oil Sands) and biofuels (from sugar cane/corn/ethanol). Expect the oil plateau to continue until about 2015  then its likely to start a slow decline  possibly at a rate of about -1 to -2% per annum.

Demand To Outpace Supply: Meanwhile demand for oil is increasing dramatically in China, India and other developing nations. The less well informed might think China and India should not be able to afford oil at $100/bbl  however, oil is such a critical part of a growing economy (used before building, power, roads, manufacturing, cars, trucks etc) that developing countries will likely out-bid developed countries for oil  in part  because they need far less oil per unit GDP than a developed countries does. Developed countries have become so comfortable with low oil prices over the last 50 years and have become so inefficient with its use that whenever the price rises about $80 to $100/bbl, its enough to tip developed countries into recession  look at the USA, Ireland, UK, Greece, Italy etc.

Peak Oil Caused The Crisis: As discussed before, we believe skyrocketing oil prices in mid 2008 was the underlying cause of the financial then economic global crises  that has now morphed into a country crisis for Greece and could yet develop into a Euro crisis. If you refer back a year to our charts on exposure to Peak Oil (see below), you may have noticed how Greece was one of the most exposed because of massive imports of oil, gas, coal, metal and exposure to airline travel and longer distance tourism  without having any strengths in manufacturing or financial services and having an aging population and not too impressive GDP.  Spain and Portugal were also lagged along with Italy. So be wary of investing in these countries  they use large amounts of oil/gas/coal and metal but do not have GDP and population growth to support this  every time the oil prices (and other commodities prices) spike higher  they will be in trouble and dip into recession again.

Population Boom in Oil exporting Nations: Ever noticed how rapidly the population is expanding in some of the biggest oil producing countries around the world  name 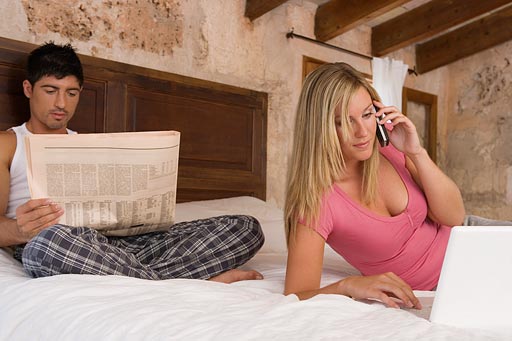 ly UAE, Saudi Arabia and Iran. These countries also massively subsidize oil, energy and fuel prices  so it cost almost nothing. Hence energy conservation is almost unheard of. Their exports will drop even if their production remains flat because of their massively increasing indigenous oil usage, fuel subsidies, increasing standard of living (air-conditioner usage, cars usage, urban development etc). Despite all the hype about Brazil being the next big oil producer  it will still use more crude oil than it produces according to our modelling. The only reason it might get to export a small amount of oil by about about 2018 is because of its sugar-ethanol biofuels production in addition to its new crude oil production. Meanwhile, according to our modelling, Mexico will be importing oil by 2015. And Venezuela production has been in free fall since 1999.

Bumping Into A Peak Oil Growth Ceiling:  Regrettably, the developed world (all those that do not export oil and gas) will have periods of growth when oil prices are below $100/bbl, but every time oil prices rises above this level  they will dip back into recession.  The growth in the developed world has hit a constraint  and its cheap oil. Now that oil is more expensive, growth rates will be lower. There are a few exceptions  Canada, Norway and Australia all have large reserves of oil, gas and/or metals/coal/mining. So their currencies will strengthen and they will escape the ravages of Peak Oil  particularly Norway with its gigantic gas reserves, large oil reserves and a small educated population that is not in decline. They also have a very well managed sovereign wealth fund that made massive returns last year  and as we predicted  their property prices are buoyant at +12% per annum. The key point for property investors is  oil fuels growth. No oil  no growth. Cheap = high growth. Expensive oil = 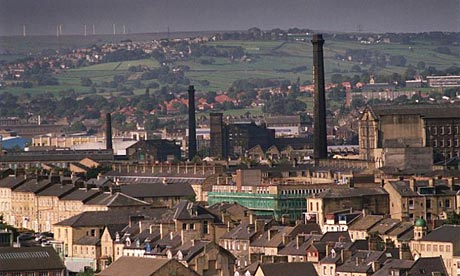 low growth or recession. Unless you export oil. The UK is fortunate to produce about 70% of its oil and gas needs  but production of both is declining at a rate of 5% per annum  with little chance of reversal. So our oil and gas import bills (energy deficit) will increase. Not good, but far better than every other European country apart from Norway (Holland also produces a lot of gas).

Winner in a Peak Oil World: For the winners and loser in the Peak Oil world, refer to our extensive ranked listings  to see which countries to consider investing in, and those to avoid. We are confident in our predictions and we can see them happening right now  weve spent years modelling the effects of high oil prices. Then using this analysis to guide us. If you ever have a chance to visit China, do so, it will open you mind. The Chinese now produce more cars than the USA each year, up a staggering 46% from a year ago. We projected last year that China would have 525 million cars by 2050  and if 50% were powered by electric, that would mean China would need 8 million extra barrels of oil a day to fuels these cars. Its staggering.  China will need all the oil it can get  and it will be at the expense of western develop oil importing nations  thats why we thing oil prices will rise, until another recession hits, then they will be knocked back temporarily again. But each time the low point will be at a higher level.

But will gas peak? Answer  no  - not for the next 30 years anyway  we think there is abundant gas around the world and indeed there is currently a bit of a gas glut. As oil plateaus and becomes more expensive to 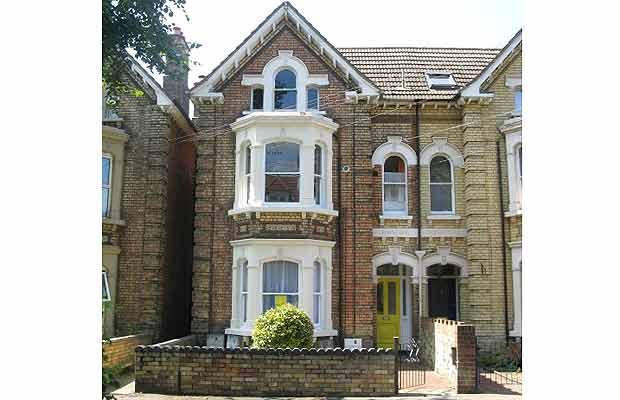 extract (through a push into deeper water, more intense depletion, heavy oil sands, environmental and water constraints etc) more gas will be use to power economies  there will be a switch from oil to gas. This has been going on for a decade or so now  but is likely to accelerate. The biggest gas producers are the USA, Russia and Qatar. Norway and Australia are also big. Shale gas is a game-changing breakthrough  gas is produced from horizontal fractured well in the USA using a combination of some older technologies that has give the USA a big boost in gas reserves and production  the quicker the USA can decrease its gigantic oil imports and increase its indigenous gas production the better. At the height of the oil price spike of 2008, the USA was spending $250 billion a year on oil imports! 5% of the worlds population uses 25% of the oil  its crazy. Little wander the budget deficit is so gigantic.

Confusion on Climate: We wont bore you too much with comments on climate change  a few years ago this was called CO2 emissions, then greenhouses gases, then global warming, now its called climate change. After enduring one of the coldest summers then one of the coldest winters on record in the UK, then all the hype and non news at a freezing Copenhagen Summit we remain sceptical  others might call it contrarian. What seems to have happened in our independent and objective eyes is  after the Soviet 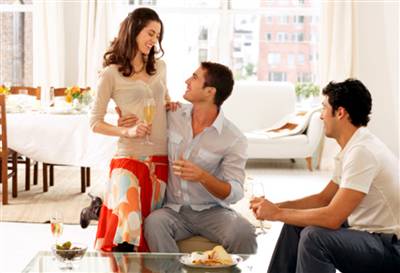 block crashed, all the brown coal plants closed. Particulate pollution dropped dramatically  then Siberia and Western Europe started to warm up a bit  caused by less smog and global dimming. Methane from frozen bogs in Siberia have since been liberated  adding to gases in the environment that tend to warm the world. Meanwhile, airline trails have increase in the USA and other parts that gives a cooling effect. Yes, man has changed the environment  thats why there is hardly any rainforest left (this warms the world). Our own view is that if we could increase forests, particularly rainforests (and stop deforestation)  the world would be a far better place.  But try convincing a poor country that needs land for an expanding population  its tough. Anyway, we think Peak Oil will be higher on everyones radar screen in a few years time  when power cuts, transport disruptions and occasional lack of heating and periodic recessions will be utmost on peoples minds. How come we are the only people saying this? Does it make sense?