Peak Oils Not Attractive: Yes  Peak Oil isnt attractive. Thats why 98% of the population either are not interested in it, dont care about it, or do not want to understand it. Who can blame them?  Indeed, for the average person  its probably an intensely boring subject. 99% of the population think the 1% crying at the tops of their voices from the mountains are crying wolf. They seem to think Peak Oil advocates take delight in scaremongering and declaring Armageddon is around the corner.

Its Intellectual: Weve decided that, unless Peak Oil becomes attractive, no-one will understand or care about the issue. But we cannot think of any good ideas to make it attractive! Its interest is defined to a close knit group of intellectuals, geologists and analytical scientists  plus the occas 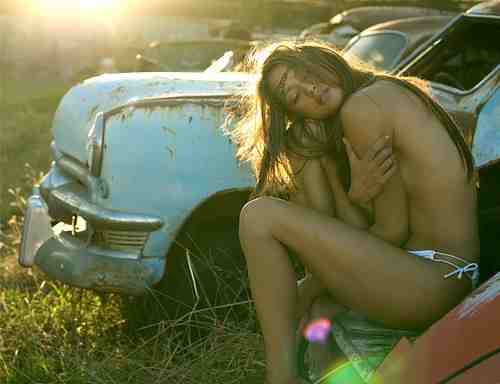 ional environmentalist  that think they in certain respects understand the analysis, economics, political and social angles of this complex multi-facetted subject. Its a rather uncertain subject and its easy for sceptics to criticize the theory of Peak Oil production  because people have been warning about it for many years  and most people think this trend will continue and the world will use economic and technology means to boost oil production to keep the increasing population happy and fed with cheap gasoline for their cars and hydrocarbon burning lifestyles.  We can understand this  why someone driving around in a 250 bhp BMW X7 5 litre doesnt stop to think of this  and is happy with the present situation.

Fact: On Peak Oil, its worth noting that:

·         Middle East , India, China and Pakistan subsidized  petrol/diesel  yes, the government pays the consumer to use it! (less than zero tax)

·         Oil reserves discovery peaked 40 years ago in 1970. The world only replaces one barrel in every nine barrels produced from new oil discoveries in 2010.

·         Its difficult to see or model any further increase in oil production over the expected ~2.5 million barrels of spare OPEC capacity. Its quite likely oil production will never exceed the rate of 86.5 mill bbls/day in July 2008.

·         As oil producers populations skyrocket (Iran, Iraq, Saudi, UAE) and their living standards increase  their oil consumption skyrocket  so even if their production rises, their exports drop. Subsidized oil, lack of investment, social spending programmes and wanting to save some oil for future generations means oil exports will drop in future years.

·         Good examples of countries that are likely to stop exporting oil in the next five years are Mexico, Venezuela and possible Iran (Iran has the third biggest oil/gas reserves in the world, but there is a high chance they will not export oil by 2018).

Natural Gas Can Save The Situation: The good news is there are gigantic reserves of gas out there  some 1000 TCF in Russian, 1000 TCF in Qatar/Iran and 1000 TCF in USA. Conversion of half of the worlds car and truck fleet to natural gas would solve all the immediate Peak Oil problems  and keep the oil price down to a reasonable level  plus stimulate economic activity, health, education and welfare for the 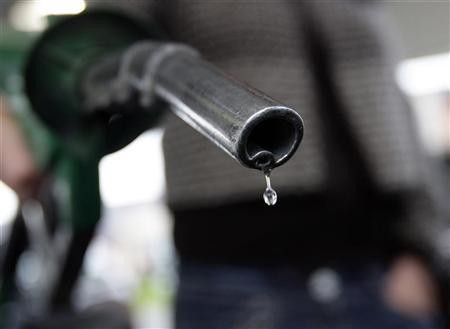 expanding world population. Without a rapid switch to natural gas (or gas and coal to electric powered cars and trucks)  the world will start to become starved of oil and recessionary periods will become common in western developed nations.  The old reason why sustained high economic growth to very prosperous levels was possible in western developed nations like Italy, Spain, Greece and Portugal was become of very cheap oil. Take the cheap oil away  and youre looking at declining incomes, recessions and high unemployment. We are very serious on this. Its already started. Peak Oil (crude oil only) was 2005 and Peak Oil (all oil liquids) was July 2008. Oil production has not increased since 2005 despite massive growth in India, Middle East and China  we have already reached Peak Oil and we are now on a bumpy production plateau. Were about the only people saying this  probably in a minority albeit a vocal one of about 1%. Take a look at the chart below if you dont believe us.  It's just possible production could rise to July 2008 levels again, but we would give only a 50% chance of this. There will be no meaningful rise in production from July 2008 levels in future. We are at a Peak now. All the talk of Peak Oil production being in 5 to 15 years time is missing the point  it was 5 years ago! And we cannot understand why so few people realise  it might just be it's not sexy as we mentioned before.

Gross Fuel Inefficiency:  Its remarkable after 100 years of the internal combustion engine, that fuel consumption has hardly changed. What we mean is, in 1910 the model T Ford did 30 miles to the gallon. Now people drive a Jeep or BMW that does 30 miles to the gallon. The difference is the car is three times bigger and five times more powerful. But it uses the same amount of fuel to transport an individual from A to B. Efficiency has lead to increased consumption. This despite ever increasing costs of oil extraction 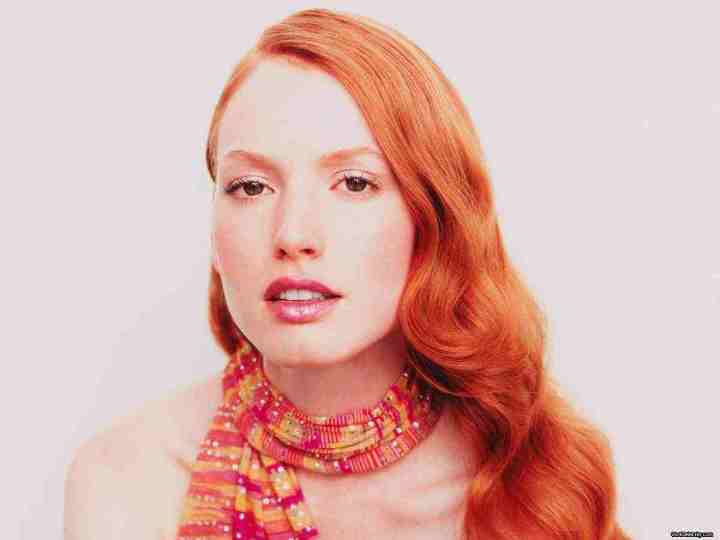 and the threat of Peak Oil scarcity. What we say is  people need to drive smaller less powerful cars - that are far more fuel efficient  otherwise oil prices will sky-rocket and there won't be enough to go around. But lets be frank  who wants to give up their 200 bhp Volvo for a 100 bhp smaller lower speed version  practically no-one. People like big safe cars. They are also status symbols and make people feel powerful - yes, let's just admit it!  This is one of the reasons why oil prices will have to sky-rocket before anything happens  regrettably the only way to kick governments and business into concerted action is for a crisis to break out. In summary, it's not until a crisis that people will beleive we have reached peak Oil and kick-start action - although it will be too late because lead times for infra-structure and energy change is 5-10 years. And this is exactly what we think will happen sometime in the next five years. It needs a real crisis for many months before governments will put in new regulations and incentive for change  and investment can start in new infra-structure that will allow electric and natural gas power vehicles to become common-place. If you go to Holland, about 10% of cars are power by LPG (liquid national gas)  the reason being that Holland produces vast amounts of gas and with it LPG, but has to import almost all its oil. It costs £1500 to convert to LPG  and its not a new technology. LPG prices are about half of petrol prices. Admittedly tax is less, but it should be because LPG in Holland is not imported. Surely all countries with plentiful gas should use the LPG stripped from g 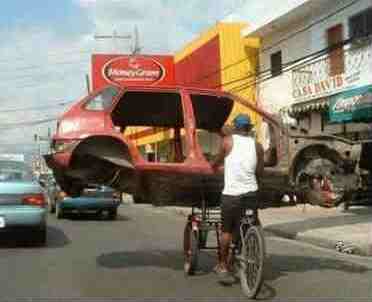 as to fuel their cars. But practically no countries do this. Instead they import refined oil products at vast cost, exposure to dent their deficits.

Extreme Inefficiencies:  Petrol burning engines are only 25% efficient whilst electric engines are 75% efficient (albeit the electric is generated in power stations that are only 50% efficient). Overall, electric cars are more efficient by about 40% and therefore produce less CO2 emissions  particularly if the electricity is generated from gas or renewable sources (biomass, hydro, solar, wind). Surely its time to start converting to electric powered vehicles  quieter, faster, quicker at accelerating, less polluting and overall more pleasurable to drive and be around. The only thing we worry about is cyclists and pedestrians because they are so quiet you cant hear them coming along!

Governments: are subsidizing the most expensive and inefficient energy sources like wind and solar, but meanwhile ignore nuclear and tax heavily oil and gas - with coal subject to new taxes on CO2 emissions.  What the world needs with the increasing population, healthcare needs and education needs is more low cost efficient energy  through natural gas, nuclear, hydro and oil etc  the world cannot afford ultra-high cost offshore wind, solar and increasing dirty coal usage. Regrettably, energy policy is a mess in most countries. 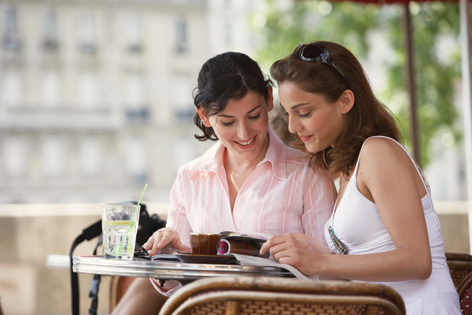 economically the world is starting to bump along the Peak Oil plateau  with India and China booming at the expense of developed oil importing nations in Western Europe. The end of strong growth in Western Europe and USA is on us now that competition for natural resources has increased with the developing China, Middle East, South America and Africa all needing their share of depleting resources. Technology will help, but only a crisis seems to be a realistic trigger for change. Expect a dislocation some time in the next five years when the real affects of Peak Oil become obvious rather than speculative. And prepare your investment portfolios to mitigate against the threat and seize on the opportunity. Dont let Peak Oil ruin your business.

For property investors, if you invest in oil and gas exporting countries, you should do well. If you invest in countries with declining populations, massive oil, gas, coal and electric import bills, countries that have now prowess in manufacturing, technology and financial services and countries that rely on oil dependant airline tourism  youll be on a hiding to nothing. Best invest in cities with good electric rail communication  with large oil/gas exports.

Matt Simmons  A Tribute: It was depressing to hear on Monday 10 August that Matt Simmons  the maverick Peak Oil awareness raiser - died at his home in Maine. As a tribute to Matt, wed like to express our sorrow that his views will not be developed further and our thoughts are with his family during this

difficult time. Matt Simmons was a delight to listen to  his videos, presentations, interviews  he was always so frank and self assured. His views were not mainstream  but we think in ten years time people will look back and see he was right to be raising all the warning flags about Peak Oil and oil scarcity. We hope his project on offshore wind-to-ammonia production gets off the ground in his absence- its a visionary project that he believed in strongly. His greatest external work was the book Twilight in the Desert, an in-depth and analytical view of oil production past, present and future in Saudi Arabia  it was taken seriously by the Bush Administration to which he was energy adviser. His analysis considering his no-technical background was outstanding - he did all this work in his spare time. Matt was known as a bit of a doom-monger, but we think in years to come people will understand where he was coming from as his predictions start playing out.  We hope that T. Boone Pickens will continue to take the mantel and communicate key Peak Oil concerns as an energy man that knows all too well the perilous situation the world is in, with its addiction to oil that will become scarce very shortly.