Gloomy Security Situation: We are rather gloomy with regards to the global security situation. In summary, for all investors, we advise making investments in the more secure regions  and not risking your cash in areas close to or where "the rot has set in.  We believe there are many underlying causes of a deteriorating global security situation in 2011: 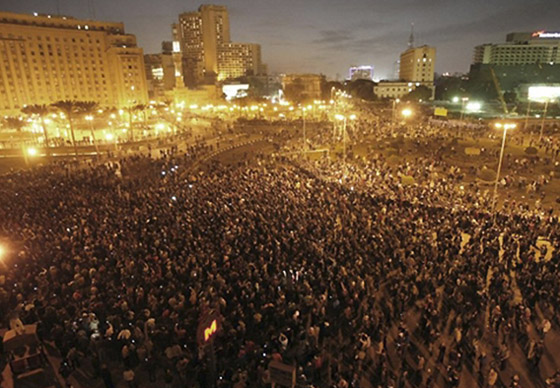 ·         Influence of extremist groups - close to a tipping point -where their power and influence is probably set to rise  off the back of disaffected populations, high youth unemployment, shortages of work, food and water

Desperate Populations:  When things get desperate, some people turn to crime or fundamentalist ways of operating to achieve their economic well-being or gains for their families and friends  as Peak Oil and food shortages hit, these people are likely to join disparate groups  whether these are piracy, terrorist, militia, criminal, drugs or other such groups depends on the country, the individual and the local security situation. There are many countries where the economy and government are bordering on failed states that could deteriorate at any time  and set a toxic contagion in motion within a particular region. 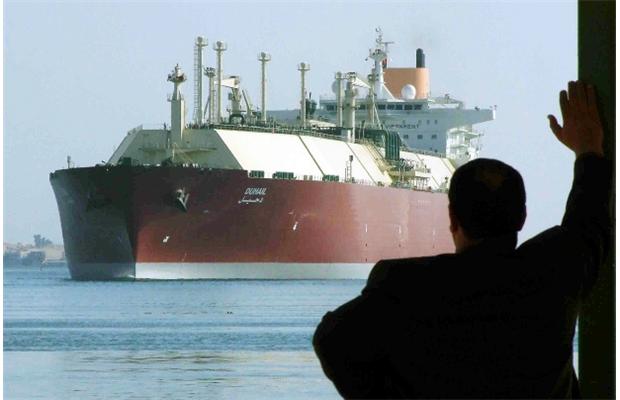 In Common: A few things these countries normally have in common - a mixed combination many of the following:

Peak Oil Deterioration: Its not hard to see why the security situation is deteriorating  off the back firstly of the Global Recession and Peak Oil then weaker or non-interventionist US global leadership. Another way of seeing this is a declining 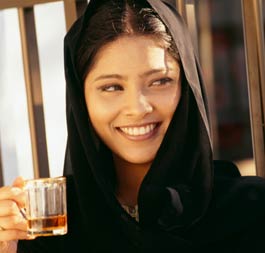 US global power and influence, partly because of Peak Oil in all its manifestations. Lack of support for stable nations with higher security  often autocracies can contribute to the instability.

Has The Rot Set In? : When the rot sets in, its difficult to reverse  it took 8 years to get back to a more secure world post 9/11  but since 2008 we believe the situation has been festering and getting worse  beneath the surface - with many disparate groups waiting to act within NE Africa, the Middle East and western South Asia regions. We hope we are wrong of course. As the old autocracies struggle to contain a vocal youth  many of whom have no jobs or prospects  its easy to envisage fledgling democracies going struggling with security.

·         Egypt  the crisis has put huge pressures on oil markets because of the threat to disruption of the Suez Canal and pipelines in the region (remember, a main truck gas pipeline to Israel was blown up only a week ago)  this in turn has made food price rise further particularly as the local currency has crashed. How will a new democracy pan out? How can an economic recovery begin?

·         Somalia  pirates recently hijacked a Greek oil tanker with $200 million worth of crude and threaten all shipping in the Indian Ocean  how can this international security situation have been left to festering for five years without any significant improvement or results?

·         Pakistan  an endless war against terrorism and insurgents

·         Afghanistan  an endless war against terrorism and insurgents

·         Palestine  sandwiched between Egypt and Israel and Lebanon  its difficult to see prosperity happening any time soon particularly if the Egypt-Israeli Peace Treaty is reviewed or challenged as an outcome to the Egypt crisis later this year. The expanding population is poor and deprived of economic wellbeing  a breeding ground for festering resentment against 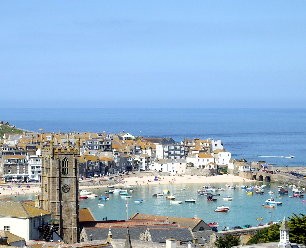 the west and moderates in the region.

Property Investment: In summary, the risk to any property investment in North Africa and the Middle East has gone way up in the last few weeks. The region is on a heightened alert. Hence we would advise zero property investment in this region  until things become far clearer. It could just be the tip of the iceberg and history does not bode well. 40 years ago when the regional desert population was 25% of what it is now, wars raged. With pressures on land, water, food, employment, inflation and housing in these desert nations  its tough to see things getting a lot better and easy to see deterioration for the reasons outlined above.

Safe Havens: As people shift money to safe havens  its highly likely that property prices in such havens will rise. Lets be very specific and realistic. What we are talking about is the top 1% of high net worth individuals in North Africa and the Middle East. Please do not think they have all their holdings in this region  they will have huge holdings, property, cash and other assets held in Europe and USA under different entities.  If security concerns rise  the money is likely to end up in property in the top international locations:

Prime Real Estate: Some of this money might end up in Munich, Frankfurt, New York, Channel Islands, Rome etc  but essentially the safest havens for the very most wealthy people would be West London and Geneva and Monaco. High net worth individuals from North Africa and the Middle East look for culture, the best education, a cosmopolitan free environment and anonymity  so Chelsea/Mayfair, Geneva and Monaco come top.  We predict property prices in the very most select areas will rise this year  and significantly outpace other middle to lower priced areas and regions. Dont be surprised to see a 10-15% increase in London Chelsea and Kensington property prices this year. The rich will remain rich and get richer  and regrettably there will be more poor people  and an ever increasingly expanding population, feeding off limited resources. London will continue to be a playground for the super-rich.

Peak Oil Tipping Point: We are close to a tipping point. OPEC claims to have 6 million barrels of spare oil production capacity  however, we believe OPEC is struggling to stand still never mind increase oil production. Saudi Arabia claims to have about 3-4 million bbls/day of spare capacity  we think this is probably less than 0.5 million bbls/day  close to zero. In 1998 the country had 10 oil rigs operating. It now has 100 oil rigs busy drilling like crazy. Has there been any increase in oil production? No. Demand is increasing by 2.2 million bbls/day per year, but supply is flat. It means higher oil prices creating demand destruction are required to reduce consumption. The world will increasingly become constrained by Peak Oil - the oil production will be on an undulating plateau with downside risk of a sharp unexpected drop if a crisis hits one of the big oil exporters.

Saudi Oil Consumption Sky-rockets and Exports Drop: Meanwhile Saudis own oil consumption has sky-rocketting as a fast expanding desert population uses more power and more cars hit the road  the country now consumes 2.6 million bbls/day (40% more than the UK)  dont be surprised to see exports actually decline rather than rise in the next few years.

The Knowledgeable Intuitively Know Peak Oil Has Hit:  We think the main reason why  despite record oil inventories and sufficient supply  that oil prices are at $100/bbl is because demand is so strong and analysts and markets can see Peak Oil is here (or they think its just around the corner). They are therefore buying and hording as much oil as they can  filling tanks to the brim  because they know oil prices will be higher in a years time. They are also using Obama printed $2 Trillion to invest in physical oil  as inflation takes hold and the dollar declines.  If prices really look like they will rise, some OPEC countries might even consider reducing supply rather than increasing it  because the value of the oil will worth more in the future. 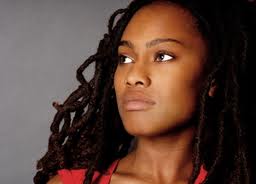 All these goes counter to the normal perception of the oil markets - but if you think about it logically, it's highly likely to explain why oil prices are so high whilst inventories are high - along with high demand.

Unknown Unknowns: Then there are the wild-cards or Black Swans. Nigeria has elections in April 2011. Iran is President of OPEC for 2011. The Egypt crisis is unfolding. Iran and Israel are at loggerheads as ever. Iran continues its nuclear enrichment programme. Russias oil production is at a record accelerated high but could start a drop at any time. Iraqs oil production has been increasing  will this continue? China is exerting its new power and influence in a feverish scramble for resources (oil, gas, metals, coal) to build its country. Will there be another war in the Middle East  all quiet at this time.  Overall, you can see some quite significant unknown risks out there  any one of which could send oil prices sky-rocketting in short order.

Short: In you are into shorting (we arent), then airline stocks must be a winner  surely they will drop. Any oil price above $100/bbl normally would lead to airlines going bankrupt. Old fashioned car manufacturers  those that build gas guzzlers  are due for a tumble. Property in insecure areas. Watch out for US banks again  surely the dollar will drop and US sovereign debt is a really giga 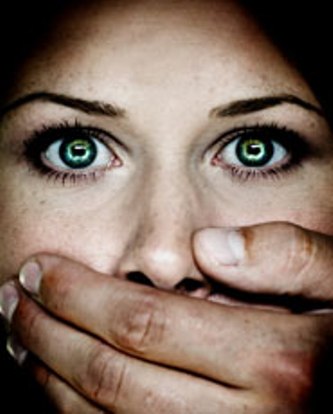 ntic issue. Greece, Spain and Portugal use gigantic supplies of oil and gas - they cannot afford current energy prices - period. They surely have to leave the Euro and deflate their currencies.

Turbulence: In summary, we are a bit spooked by the lack of oil supply and expect oil prices to keep heading up  until possibly May 2011  then demand destruction could kick in again triggered by regional insecurity and another US recession.  Its going to become very turbulent. The markets all look okay at the moment, but the cracks triggered by inflation are appearing and we dont think its going to be long now before the whole pack of cards starts falling down again. The short bubble created from $2 Trillion of printed money will deflate. Savers with no-where to go, put their money into stocks and shares early 2009  now two years later  they could get burnt again as the smart hedge funds and banks are the first to get their money off the table.

Summary: Things have overheated - unsustainably. Another bubble has developed. Expect it to go pop in May 2011.

We hope this Special Report has been helpful for targeting your investments. If you have any comments, please contact us on enquiries@propertyinvesting.net