Slow Long Crash: The market crash continues  as we have previously advised, we expect the Dow to drop from 12600 to 8000 and FT from 6200 to 4000. For the FT, we are already half way there. For the US stock market  its only just started the correction.

Undue Optimism: People with vested interests in the health of the stock market keep coming out and saying the market is oversold and good value. To this we say  we completely disagree and think we are only half way through this current down-leg of the 17.5 year bear market. 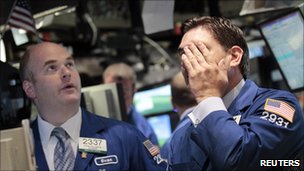 e say that earnings will drop sharply soon as the western developed nations fall back into recession. If earnings halve, the P/E ratios will double and hence stocks will start looking very expensive.

No Surprises  Slow Debt Destruction: As we expected in March, all the indicators are starting to point to a recession now that we are midway through the summer holidays. By September, it will become very clear to the financial markets once more that another recession has begun. In fact, it probably started in June  this is our prediction from back in February.

Recession Started: When the markets finally get wind of another recession  some clear evidence  there will be another mass bail-out. The current turbulence is merely a pre-curser to a proper crash. Another giant bear market down-leg that can start any tim 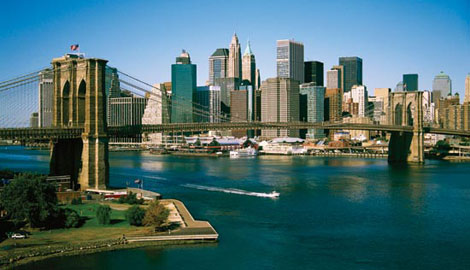 No Panic Yet: The trick will be to jump in just when its most gloomy  that not for quite some time we have to warn. Although people talk of panic, in our view this panic has not begun. The Dow Jones went from 6600 to 12600 from early 2009 to April 2011. Its still at a heady 10800  and we think a panic would lead to the Dow dropping closer to its realistic fair value  which is about 8000. No panic yet, but panic is highly likely some time soon.

QE3 Trigger Now Close: The trigger for a market recovery could be one last giant announcement of QE3  yes, more printed fiat phantom money. As soon as the markets really start to panic, expect a QE3 announcement. This is the last final gamble by the US Administration that frankly hasnt got a clue about what is happening. QE2 will lead to high inflation (5-10% per annum)  its just starting to get get going. But QE3 will lead to sky-high inflation (10-25%). When QE3 is announced, th 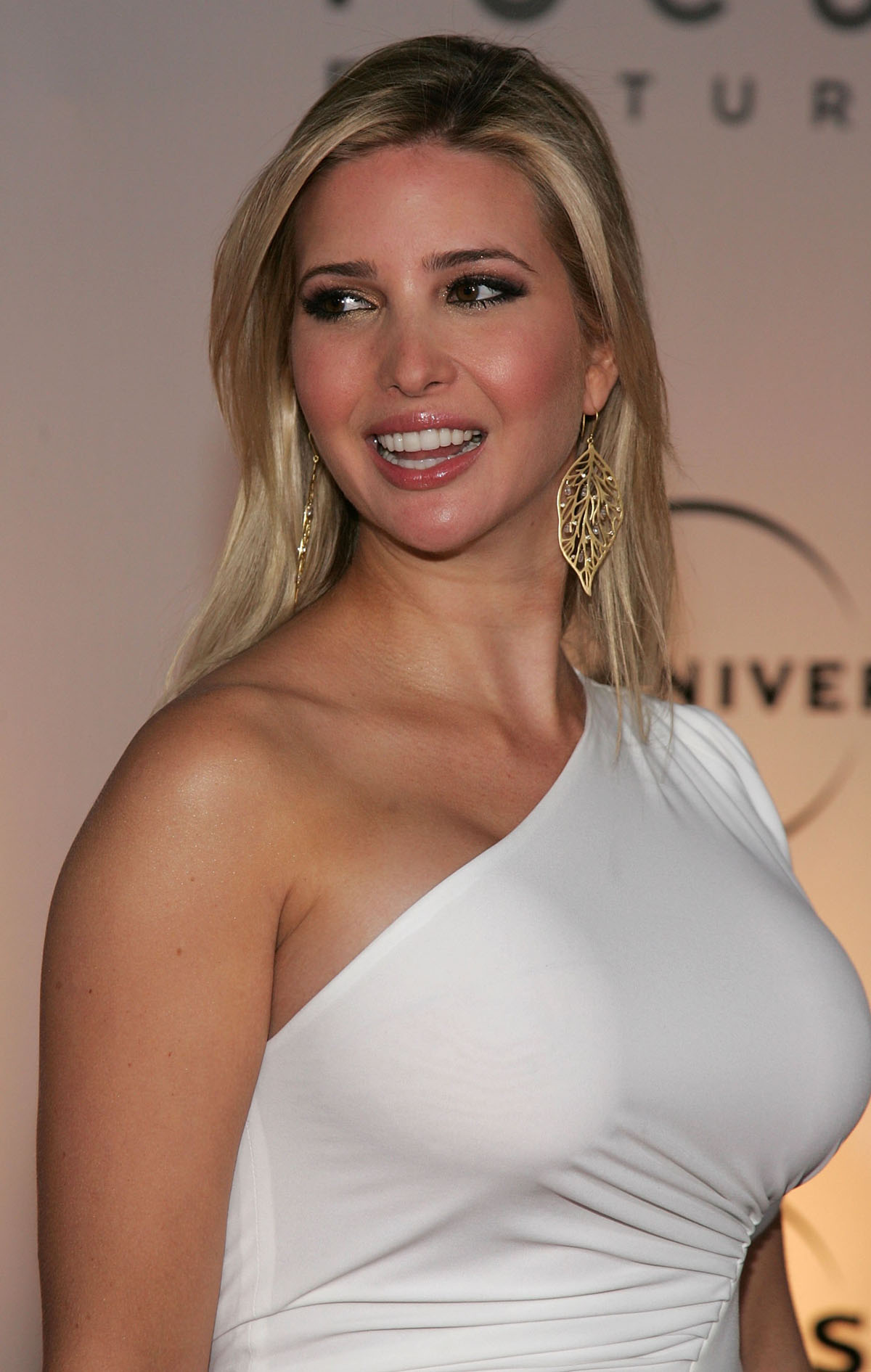 ere should be some sort of market rally as this cheap money is used to pump into risky stocks and paper. Earnings will be expected to rise as this printed money is spent, but after this last final dollar fix  once inflation really takes hold  then the next big crash will take place as borrowing costs skyrocket.

US Insolvent: Most learned investors already realise the US is  to all indicators  bankrupt  barely solvent. If the government has costs each year of $3.75 Trillion but only gets $2.75 Trillion in tax receipts  surely its insolvent. It will need to default. Going to the printing presses gives this impression that debts can be paid off  but all the administration is doing is delaying the fateful day when US debt risk increases, borrowing costs rise and the US is not able to pay its debts because interest rates have sky-rocketted. The US cannot keep devaluing its currency expecting international investors to keep faith with the dollar  when it devalues and the chance of debts being paid goes down each week. The US is looking back at its history and expecting things to be the same moving forward. But they wont because things have changed. The playing field is different. Its just that no-one has told Bernake and Obama the head of the Fed and country. This illusion that the US dollar will always remain the standard is being undermined on a daily basis by more printed money. No other country could get away with it. This is the key reason why gold prices will sky-rocket. All the most wealthy people will pile into gold as a safe haven because its inflation all the way. If a bus 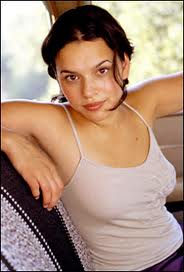 iness was run with such a deficit, it would surely be deemed insolvent.

Clueless Politicians: Regrettably  there is almost no politician that is experienced or knowledgeable about business and economics. The current cadre of political elite are career politicians who have never experienced life outside the public sector or government. They are "career politicians". We cant expect these elected individuals to be skilled in how to run the economics of the country. Most have never studies finance, economics, business or science/technology. They are also surrounded by civil servants and banking people that have little or no real life experience in business. So when they see an easy option that they think will deliver short term votes, they grab it. The easy options are  more printed money, regulation and contr 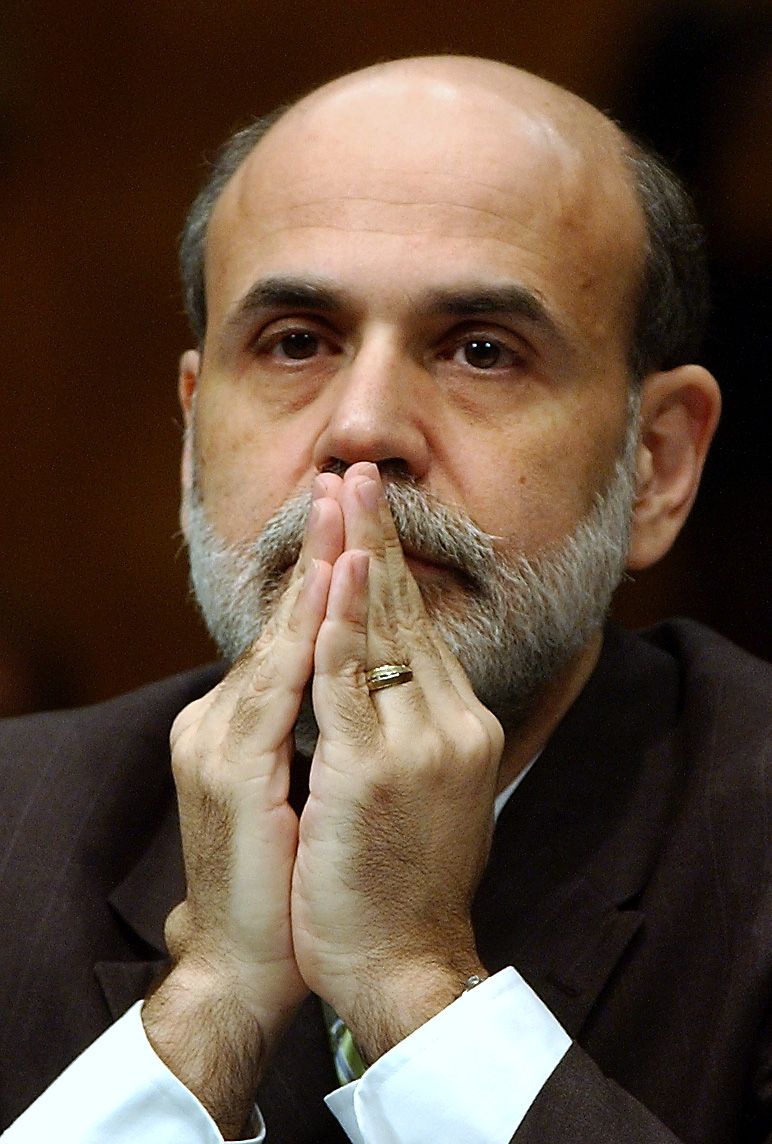 We frankly cannot afford most of the things the western developed nations have got used to  free housing, free health, free education, an entitlement mentality, short working hours, long holidays and early retirement on big pensions. Efficiency in both the USA and UK has to increase by at least 20% to deliver a 10% of GDP deficit reduction. Well need to work harder, longer or for less money - with far less wasteful public spending. This period of re-balancing will take years. But every time the government prints more money, they store up higher inflation in the future and more a severe recession in the future for a short term gain. By saving failed banks and businesses, the agony will be prolonged. The weak and inefficient are rewarded and protected. So we expect to see western governments muddle along, printing more money, as the economy continues to slide and unemployment rises. Were talking about another 6 years before a significant improvement is seen. The end of this stock market bear down-market is likely to end in a whimper around 2017. Only then, when no-one is interested in stocks and shares any more  because of a prolonged bad memories and high taxes on gains  will the next 17.5 year bull run commence, as inflation dies away and rates drop back to reasonable levels again.

Tax on Shares: Another thing that is affecting the UK stock market in particular is excessive tax 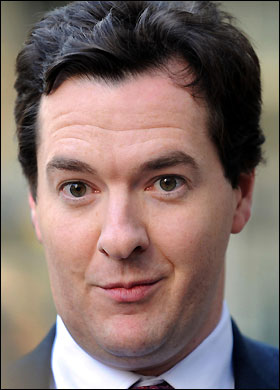 . Any capital gains from stock market transactions are now taxed at a massive 28% rather than the old 18% (or 10% before that0 for everyone but very low earners. Add to that the announcement that Merkel and Sarkozy made mid August that they wanted to introduce a Tobin tax on financial transactions. No wander the market crashed shortly after on 18-20 August. People got on their calculators and worked out they would be making any money any more and there would be gigantic cash outflows into Middle East and Far East-Australian markets  financiers took flight. So the outcome of this low growth period seems to be even higher taxation and higher inflation on investors  many of whom can simply take their capital and allocate it in other parts of the world. This is Europe shooting itself in the foot again for political gain. This will lead to slower growth, more regulation, higher tax and higher deficits  most tax increases eventually lead to lower tax revenues and this is a classic example of one lining up to do just that.

Tax on Tax: For people living in the UK and high earning (over ~£130,000 per annum) the incremental tax rate on both earned income, bonuses and share options is 50%. On top of that there is National Insurance (~12%), VAT at 20%, no tax relief on private education, council tax, and petrol tax of about 80%. These are all taxes on taxed income. Essentially, the real tax rate is more like 80%. Little wander some very smart people have voted with their feet and moved to Geneva, Monaco, Jersey and Luxemburg. Banks have started moving offices to Geneva, Singapore and Hong Kong and the brain drain is accelerating.

Crazy UK North Sea Tax: As we warned in April 2011, the new North Sea tax hike swiping £2 Billion per year from oil companies would have a devistating impact on North Sea jobs and activity levels - and lead to a massively accelerated production decline. It's only taken a few months to start - drilling activity has crashed by 52% in the last year. Oil production decline rates have tripled from 5% to 15% and gas decline rates have crashing from 7% to 15%. Oil revenues are rapidly drying up and our reliance on imported oil and gas is increasing on a monthly basis. Overall tax take after about a year is surely going to be less as many major projects are cancelled or deferred. Again, the government shoot the country in the foot with this crazy tax hike using short term panic thinking. The energy crisis will worsen and oil prices will need to rise further as such higher taxes means exploration and production activity moves to Norway, The Netherlands and other international locations with thousands of Scottish jobs losses.

Inflation All The Way: Yes, its inflation all the way for the next five years. And physical assets like gold, silver, oil and property will be the best hedges against this inflation. Were making sure we are well out of the stock market for the time being, and into gold, oil and property.