Budget: Frankly, the budget had plenty of good news for existing property owners and landlords  it was also good news for aspiring home owners close to purchasing their first properties. Whether it was good for the overall UK economy is far more debatable.

·         Taxpayers to underwrite mortgages (from January) - seeing those with small deposits, including more than a million people trapped with so-called zombie loans, where the fall in the value of their homes has left them unable to move

·         Relaxation in planning rules to be announced end March - to stimulate house-building and buying, thereby boosting the economy

Mini-Boom: Undoubtedly this should help kick-start the housing market  and could even create a mini-boom in the next few years. But lets step back and look at the underlying economy before getting too excited  then we will analyse what is likely to happen in the next few years  the overall trend that has been set in motion. Then make a few predictions to help property investors.

Realisation Manufacturing Died: Firstly, despite UK Sterlings 10% decline against the dollar and Euro recently, exports have hardly risen and UK manufacturing stays in a permanent state of decline and depression. Since the 1960s, manufacturing has been on a downer  only making up 7% of overall UK GDP. The Blair-Brown years boosted service and public sectors jobs  whilst depressing manufacturing. The three massive tax hikes against the North Sea oil/gas resulted in overall production crashing from March 2011 by 25% in a single year. Oil production is now half the level of the peak in 1999, with gas production is a miserable 33% of the peak. This has added to the manufacturing woes and increase imports and deficit spending. Our opinion is that the Treasury now realises that manufacturing and services led recoveries are not capable of getting the UK into moderate-strong growth. The austerity measures were not nearly enough early in the election part of the 5 year cycle and the only way the Tories will get more votes is to stimulate some sort of property boom before the next election. Its that crude. They need to boost the aspiring home owning

classes otherwise they will be relegated to third spot in the next 10-20 years. The drop in private home ownerships means there are less potential Tory voters  this is a serious situation that requires serious action. Waves of foreign workers and voters does not help the Tories either. Hence the budget.

Only Opportunity for Votes: There must also be a realisation that the housing crisis is in fact severe  with rental prices going up and young people finding it ever increasingly difficult to get onto the housing ladder  long term, this is a disaster for the Tory party. They have to boost home ownership, aspiration and try and keep a lid on rental prices skyrocketing otherwise they will get blamed at the next Election - and Labour will come storming back into power.

Hence we set the scene for what the Tories would like. A building boom. A house price boom. A home ownership boom. An increase in jobs  private sector building-construction jobs  and hence an increase in GDP and the feel-good factor before the next election. They have just enough time to manufacture this boom. But the tax payers will be paying for the government backed mortgages  and the rating agencies will not be impressed with this risky strategy.

Crisis and Constraints: Despite all the hype, we doubt the property planning side will be freed up  environmental regulations and planning rules get tougher every year  so we are very sceptical there will be a building boom. So whats going to happen? Whats the trend?

First Time Buyer Boom: Firstly, first time buyers will be able to purchase properties up to £600,000 with a meagre 5% deposit  this will surely boost property prices in London and most major cities  plus towns  within 1½ hours travel time of London. Manchester, Leeds and Bristol will also do well out of this  where many well paid workers are waiting to purchase their first property  after being squeezed out for the last 5 years since the financial crisis in 2008.

Middle Level Resurgence: Secondly  this low end of the market resurgence will feed through to the middle level and support upper level property prices.

General Inflation: The Sterling downgrades will then lead to higher general inflation  so wages will start rising  particularly for better paid workers - and thence rental prices and property prices will also rise. In global terms, property prices may be stagnant  but in Sterling terms  they will increase. For instance, if Sterling declines 20%, property prices will rise 10% at least. International property investors will see the decline in Sterling as an opportunity to pick up quality London property at lower prices. This further flood of international money will drive prime London real estate prices up even further.

Planning Quagmire: The anticipated building boom will simply not materialise because planning rules will stay mired in bureaucracy  staying low, expensive and risky. Land prices will rise, but levels of building will not rise significantly despite the government stimulus. This will mean further pressure on housing and property prices in London rising further.

London and SE England Property Boom Spike: So in summary, the governments easy lending, planning constraints and a declining Sterling value will all lead to property prices rising in SE England  where plentiful private sector jobs exist  and general inflation will take hold. A mini-boom has been set in motion, an investment opportunity for fast moving investors. Eventually it could end in tears  but for the time being  dont be surprized to see London prices rising 10% in the next 12 months, with say 5% in areas within an hours commute of London.

Stagflation: The economy as a whole will be stagnant  call it stagflation  just like in the late 1970s. Oil prices in Sterling terms will rise. Petrol prices will rise. Food prices, rental prices and house prices will all rise. People with savings will be slowly destroyed. Property owners will be some of the only people to benefit. The more property assets you have the better.

Bond Market Risks: For those that doubt this trend, they might point to the bond markets and interest rates rising, we say that the Bank of England has the power, ability and decisiveness to step in a buy its own debt by simply printing money and debasing the currency. Like Japan, the USA and to a lesser extend Eurozone Europe, this should for the time being keep interest rates low. Lets face it  no-one can afford to pay high interest rates anymore. The damage is already done and everyone is addicted to cheap money. There would be negative growth if easy printed money and very low interests were not available. The only thing the government can do now is keep printing money, buy its own debt, debase the currency, create inflation and inflate the debt away as best possible  whilst creating the illusion of growth. For all those that expect deflation  we say at any time the government can change a few numbers on a computer and print hundreds of billions more currency.

Eventual Crisis: Eventually  sometime in the next 1-5 years  there will be a major crisis and there will have to be a re-set. But until then, it really looks like the Tories have set in motion a mini-housing boom for SE England. So property owners and investors in this area  plus major cities in England reasonably close to London  should see the benefits soon.

Gold and Silver Assets  Real Money: Gold and silver prices in Sterling terms will also rise sharply as people see this as a safe haven against inflation, money printing and a future financial crisis. So owning London property, gold and silver bullion seems the prudent thing to do at this time. 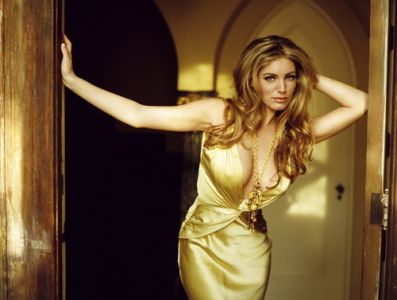 Their Chosen Strategy: Finally, the last thing we want to do is give you any impression we support or agree with this Tory strategy. We remain objective as investors to the trend and the private sector investment opportunity that it might create, so these views are simply stating it like it is  to help property investors maximise their returns. Hence we see strong property price growth in London set in motion for the next two years  triggered in large part by the budget of 21 March 2013.

We hope this special report has been helpful in framing your investment strategies. If you have any comments, please contact us on enquiries@propertyinvesting.net