477: Bond market has turned - trouble around the corner

Bond Market Bubble About to Pop: The end of the bond market bubble is now very close indeed  as you might be aware, we have been warning about this gigantic bubble for three years now. Its the biggest bubble in the last 100 years. This week has signalled the start of some really serious turmoil and we expect things to rapidly deteriorate henceforth. The bond market has turned. Its starting to look ugly.

End of QE? Firstly the unemployment and growth data coming from the USA does not look attractive at all despite all the rhetoric  however, the Fed Chairman signalled the gradual ending of quant 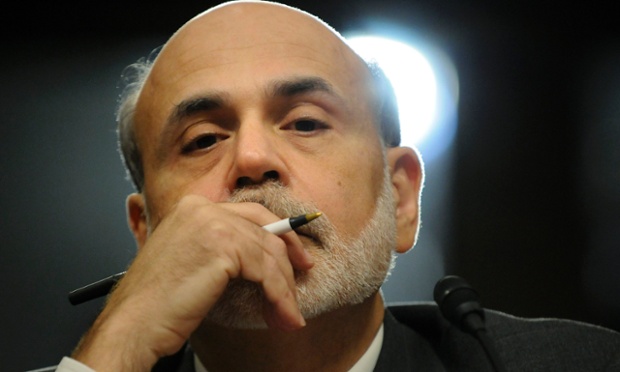 itative easing in a speech mid-week and the markets hated it. This demonstrates clearly how the financial markets are like drug addicts  they are addicted to cheap currency printing, low interest rates and low bond yields. Take away this expectation or drug and they start to go cold turkey. This is probably true of most households as well, and investors. The markets believes the US Fed Chairman when he indicated the ending of the $85 billion bond buying programme, likely starting to taper down later this year then further into 2014.

No End to QE!  We take a rather contrarian view on this  we think the US economy will slow dramatically over the summer  unemployment will stay high and the Fed will need to continue its bond buying programme  they will need to warm people up to this by the Fall. But frankly, things are so distorted and manipulated that its very difficult to predict what will happen.

Gold Bear: Gold prices have been severely hammered  hedge funds and investors have panicked fleeing to cash  since they dont now expect hyperinflation and prolong currency printing. Many thi

nk this is the end of a gold market bull run that start in year 2000.

Gold Bull: Again, we take a rather contrarian view on this as well  we think gold will turn around sharply. But it might drop to $1000 before it does. Its just we cannot see how the Fed and Central Banks will be able to keep yields low and the economies in moderate growth without printing more currency. They will need to print to buy their own debt and pay interest payments. But again, we are not sure of this at all  it could be that indeed, the US and global economy picks up and interest rates revert to more normal levels. This is what the market seems to think, but again, we are sceptical. We dont think any of the problems from the 2008 financial crisis have been solved. Instead  a gigantic bond bubble has developed. As for gold, the exploration-development-production cost of gold is running at about $1200/ounce  so if it drops much further, mines will close and supply will drop. Its difficult to see how gold prices could drop much below $1200/ounce for a long period. The same is true of silver  the mining cost is about $22/ounce  the current price is $19.6/ounce  its difficult to see how prices could stay lower than this for an extended period. Silver prices look like the bargain of the century  but we said this at $30/ounce  so we can understand if you are cautious or sceptical on this. 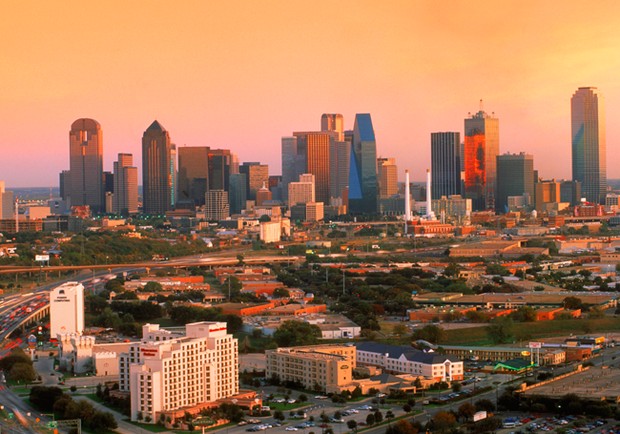 during this period because of shale gas  drilling multiple fracced horizontal wells efficiently in places like Texas and North Dakota.  Shale oil and gas have reduced US oil and gas imports dramatically  consumption also dropped with the recession  and this has helped keep the dollar stronger than it would have normally been. In a way, this has suppressed gold prices as foreign investors  despite the abusive currency printing by the Fed, big government and lack of reform  have deemed up until now the USA to be a sort of safe haven. This could change dramatically though if the gigantic US treasuries-bond market bubble pops.

Popping Wave of Dollars: So what happens when the bond market bubble pops? Many believe when international investors sell their bonds in panic, a wall of dollars will hit the streets driving all physical assets very sharply higher. These assets could be property, artwork, gold, silver, oil and luxury goods.

Financial Collapse: But the counter-point to this is the wholesale financial collapse and a big deflation where all assets and prices drop sharply in value. With interest rates skyrocketing and bad debt being pervasive across the globe with many people and businesses going bankrupt. But we believe this is not politically acceptable and the Central Banks will literally print until things get more back to normal and nationalise bad private sector debt even further. Kick the can down the road again.

Cycling Around of Money:  Because the world global markets are like a big washing machine of currency (cash and paper assets)  if gold, stock and bonds decline  some of the money will end up being invested in property. But if interest rates rise as bonds decline, then gold crashes a

nd stocks crash  there is certainly a doomsayers scenario that no investor likes  namely that property prices would also decline as well. Its difficult to imagine property prices rising if mortgage interest rates rose from say 4% to 7%. It would kill off so many investors and private individuals  and its quite possible this could happen in the next few years if the bond market implodes.

Worry Level Very High:  I think you can see we are getting very worried now. Years of ultra-low interest rates and currency printing have failed to get the US and UK economies going. Europe is in a mini-crisis permanently. Even though property prices have risen in the UK  its primarily been ring-fenced around central London  properties over £250,000 in value  others have been declining or stagnant  dropping in inflation adjusted terms. Talk of a property bubble in the UK is a joke  its confined only to the top 10% of property prices.

Deflation Possible: The most disturbing thing is  if there is a massive deflationary event like a bond market bubble popping creating panic selling of all assets and financial turmoil. Jap 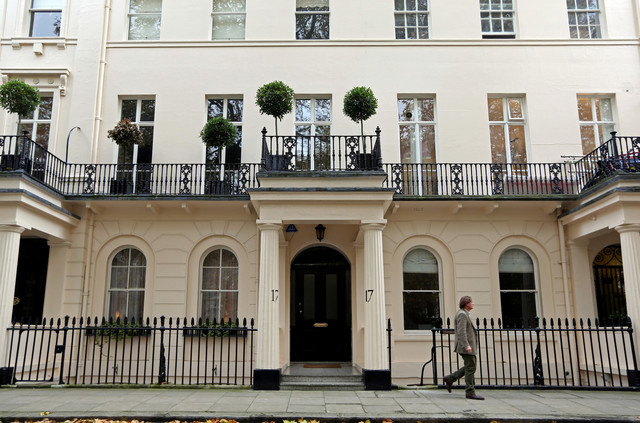 an or China could be a trigger  it does not have to be the USA or Europe. Markets are so intertwined these days that contagion spreads rapidly. Then interest rates actually rise sharply. Then bankruptcies dramatically increase along with unemployment  and the rental sector in the UK suffers whilst property prices start to crash. All this is possible  though not a central prediction or P50 outcome.

Bond Rout: Our steer to property investors now is to watch like a hawk the bond markets  if yields rise sharply  then interest rates rise sharply, you will be paying far high interest payments. If you then marry this with higher unemployment, lower rental prices, declining house prices and a debt that is not being inflated away anymore  then trouble would rapidly be on the horizon for debt laden property investors.

Bond Yields Key: The hope is that yields stay low, interest rates stay low, property prices rise, rental prices stay high and employment improves  but we could be on the cusp of a nightmare period of a massive deflation-crisis caused by the bond market bubble going pop and the inability of Central Banks to prop it up any more  leading to waves of bankruptcies.  Check bond yields here:  markets.ft.com

Interest Rate Derivatives: One particularly scary statistic is there are $441 Trillion worth of interest rate derivatives around the world - this number comes from the Banks of International Settlements. Another is that - if US interest rates went up by only 3% - to still less than the average over the last 50 years - the US would lose $1 Trillion. The US GDP is about $17 Trillion and its direct debt is $17 Trillion, with unfunded liabilities at $66 Trillion. You can understand servicing this debt with interest rates at 0.5% is relatively easy. But just consider what would happen if they rose to 5% - that's  an interest rate bill of $850 Billion a year. The total US tax revenues is only marginally greater than this number.

Middle East Turmoil: Add to this the Middle East and North African turmoil as civil wars rave been different factions  and we have a recipe for higher oil prices slowing the economy even further. Without growth, countries cannot pay off their debts. The problems in Syria, Iraq, Lebanon, Egypt and Libya look set to worsen  with Russia, USA and Israel s involvements increasing complexity, risk and downsides.

London Property: As for London property  just as things are starting 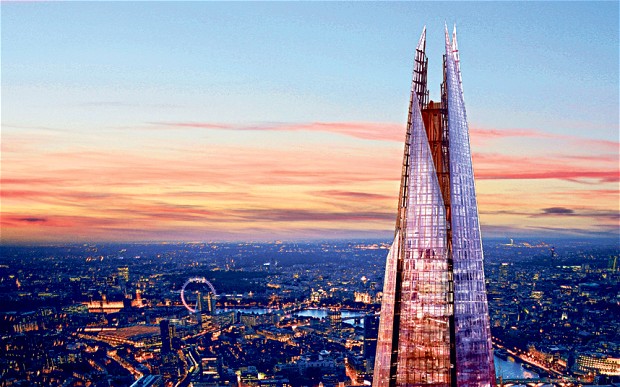 to motor higher  we might find a pause or change in direction because or if global turmoil increases.  China is starting to look a lot more unstable financially  and the growth rates have dropped sharply to about 4%. Japan went on a currency printing binge that either has or will back-fire. The waves of Middle Eastern, African and Asian money going into prime London real estate has been rampant but might start to slow if major wars break-out or a general recession starts. And a financial crisis hitting London would also cause property prices to dip. But on the positive side the Governments Lending for Business and First Time Buyers help is spurring the property market forward significantly up to mid June at least. If the bond market stabilizes, stocks stabilize, interest rates stay low and mortgage lending becomes easier  then London property prices could rise sharply in the next year because of the overall supply shortage, housing crisis and population boom.  Difficult to say which direction it will go in now.

We will find out in the next few months over the summer period. Its looking bleaker than ever.

Finally, below we provide an analysis of reasons why London property prices could rise, but equally reasons why they could fall in the next 1-2 years - using a counter-argument.