529: Count Down to Election - Uncertainty and Risks for Property Investors

Critical for UK Property Investors: The reason for mentioning this is for UK property investors, beyond any doubt, it will be the tipping point for either housing prices and rents continuing to rise, or house prices dropping sharply and rents probably rising. 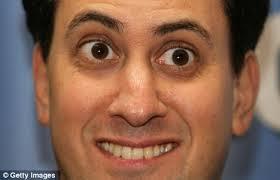 Uncertainty: Despite all this, house prices increases have levelled off. The reason for this in our view is obvious. The market  the average person  its petrified to buy property just before the election  because if Labour get in, house prices and their investment will slide. They will lose money. Its nothing else but this.

Mansion Tax Threat: Things are therefore in a holding pattern waiting to see if Labour will implement their so called Mansion Tax on flats and small terraces in London. This would drive wealthy international people overseas t other countries and the economy will be far less dynamic because of this. This could also impact mid level properties as confidence drops and people start to think this stealth tax will affect them in years to come.

Dont Invest Right Now: We wouldnt advise anyone to purchase property in the UK at this time  returns are highly dependent on who gets into power after the Election. If Ed Milliband and Ed Balls are running the country  we think property prices will drop very sharply.

Impossible to Predict: Because the election outcome is so uncertain, impossible to predict and also so important for the forecast of the economy and hence house prices, we modelled the two potential outcomes which will occur a few weeks ago, either 1) Tory Coalition or Majority; or 2) Labour Coalition or Majority. Our view has not changed recently.

Labour: If Labour win power, our view is that the economy will tank because international financial institutions, wealthy individuals and businesses will shun the UK and invest in other countries instead - "in the global market place" since Labour will undoubtedly:

·         increasing the size of government and public sector

Unemployment will then rise, GDP growth will decline and house prices will drop sharply along with this. If Labour form a Coalition with the Liberal-Democrats or SNP, the outcome will be the same since all three parties have similar left wing policies. The socialist government will precipitate a similar outcome to the French socialists currently in power  namely economic decline/stagnation, low growth, high tax, lower confidence levels and higher unemployment.

Tory: The converse will be true if the Tories win an outright majority or form a Coalition with UKIP, the Liberal Democrats again and/or the SNP. Namely:

·         slightly reducing the size of government and public sector

Unemployment will drop further, GDP growth increase and house prices will increase sharply along with this. The economy will boom >3% GDP growth helped by lower oil prices.

Simple Model: Its really that simple. But the outcome of the Election is impossible to predict. Its just too uncertain. Enclose a chart describing the two scenarios, we hope this helps. The bottom line is - by end 2015 property prices will be all about who won the election. Its very difficult to see a scenarios where Labour win or form a Coalition and property prices continue to rise.

Financial Markets Fearful of Labour: Regardless of what a normal UK citizen thinks, because financial markets and large investors have so little confidence in Labour's ability to properly manage the economy - if Labour win power there would be following ramifications for all business investors and private citizens:

·         Sterling would decline sharply against the Dollar and Euro

Listen to the Words: This fear is not groundless since you only have to listen carefully to what Labour say  or are promising  to get very concerned about any private sector investment. Namely  they want to increase taxes, increase public sector and tax and regulate business far more. A good example is freezing energy prices  of course this now looks ridiculous since oil prices have crashed from $110/bbl in June 2014 to $50/bbl in Jan 2015.

Tipping Point: This chain of events is fairly predictable in an economy which is out of favour with international financial markets and investors. We have to remember the UK is an island, not part of the Euro, has very liquid markets and hence a run on Sterling would be an outcome of a Labour victory as the Treasury finances deteriorated and putting up taxes had the consequence of destroying businesses and eventually reducing overall tax take.

Risks:  This is the key risk for property investors in the next year or so - a Labour victory. It is about 50/50 that Ed Miliband will be the next prime minister in our view simple because there are so many people that seem to like his populist anti-business rhetoric. Despite Ed Miliband being completely out of touch with his mainstream Labour voters being a London based career politician (who's never had a non-political job) from a posh Oxbridge background and having socialist policies far to the left of New Labour - we still think there are enough supporters in urban areas to elect him as prime minster.  UKIP have divided the centre-right vote and could let Labour in through the back door.

Drastic Drop in Building Levels: If Labour win  its likely the level of building will drop sharply since business confidence will drop and builders will be reluctant to take financial/business risk particularly in an environment or likely rising unemployment, taxes and greater government regulation and red tape. The outcome would probably lead to declining demand for the private purchase of property but increasing rental demand. The increasing regulation and political support for councils, licencing regimes and tenants would drive buy-to-let investors away from providing rental properties thence the rental demand would tighten and rents would then rise despite the depressed economic environment  particularly for mid-low priced rental properties in most parts of the UK. This has already started to happen since building levels have crash by 35% in the last 12 months in anticipation of a potential Labour win or the uncertainty of it.

Europe Angle: The uncertainty in whether the UK remains in Europe or not would add another layer of political complexity. Interestingly this might be more under a Tory Coalition with a potential supply-delivery agreement with UKIP  with UKIP wanting to drive the UK out of the European Union. This would likely not be good for overall business  particularly in the short-medium term.

Dont Risk It Now: As you can see from all of the above, its not a good time to be risking hard earned cash  and taking big risks on property investment. If you fear a Labour win, its probably also too late to see  since the market has gone quiet. Most people are sitting on the side lines and keeping their fingers cross  not a good investment strategy since luck is also involved. We just wanted to be very clear that property returns in 2015 and 2016 will be highly dependent on the Election.