Migration Trends:  A decade ago, people warned of mass migration in future years - some said this would be caused by "global warming", others by "wars" or "starvation".  They appear to be right to a certain extent, though what we have is a culmination of a number factors coming together that are causing both refugees and/or people looking for a better life to take drastic actions to move across countries and oceans.  If one looks at the big picture with migration of people into Europe, the following trends are becoming more pronounced: 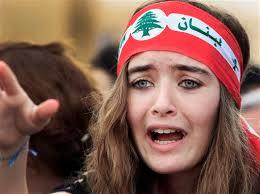 d travel means people are aware of opportunities in other countries far more than in decades past  when dumbed down people with poorer education and lack of access to the internet would never have known where to and how to migrate from their mother country for a better life.

2.  Wars-Terrorism - The sectarian/religious and terrorist wars in the Middle East have displaced millions of people  through ISIS and other extremist groups  these displaced people are desperately trying to leave their mother country to find a better and safer life.

3.  Population - The global population is exploding, particularly in poorer developing countries in Africa. Wars rage and resources and good agricultural land is scarce, so people are moving to find a better life.

4.  Agriculture to Urban - There is a general trend for populations to move from agricultural to urban areas because these are considered safer, work is less manual and better access to educational opportunities is key. People will migrate to European urban areas because of their wealth, safety with relatively high paid job opportunities for people from places like Africa, Asia and war torn Middle East.

5.  Oil Price - As the oil price collapsed - countries like Syria, Iran, Iraq, Russia and Egypt have been hit hard with declining oil revenues and some will conclude this is a good time to move to the developed west as social spending in the Middle East comes under pressure.

6.  Climate Change and Water - As equatorial global areas become warmer and water becomes more scarce in part caused by the rising population, people in arid areas are desperately fleeing a lack of water and/or productive irrig 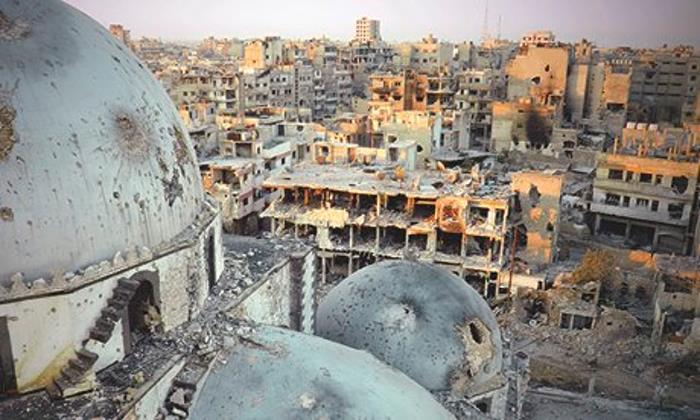 ated land, along with higher temperatures and higher food prices. They look to cooler countries with plentiful water supplies for an easier and more productive life.

7.  Transport and Networks - To migrate across the Mediterranean as an example requires: a) access to a boat; b) access to a trafficker; c) transport across land; and d) food-water supplies. It cost a lot of money for the average African or Syrian to cross major seas. Most of these people will be the better off and fitter  younger people, wanting a new life. Access to traffickers and boats is almost certainly easier with the use of mobile phones, internet and social media  the ability to research a location-entry point is made far easier now due to the internet/social media phenomena.

8.  Contacts: Many migrants who successfully escape hardship/problems in their mother country are facilitated by family/friends that will encourage them follow to a certain country as new communities form  years ago this would have been uncommon  this eighth factor in its own right can lead to an exponential increase in migration. A hundred years ago this happened in USA as Europeans migrated across the Atlantic. For the UK with its strong ties with Commonwealth countries, the old colonies, USA and EU  along with job opportunities and way of life-culture all make it a favoured location of migrants.

Underlying Issue: The Middle East is divided into broadly sectarian lines of Sunni and Shiite Muslims groups. Wars are fought directly and indirectly along these line whilst many areas these groups live peacefully together. They blame western Christians for making matters worse. Much of the refugee current crisis and mass migration is related to displaced moderate Sunnis, about 88% of Syrian refugees are Sunni. In Syria these people are attacked by 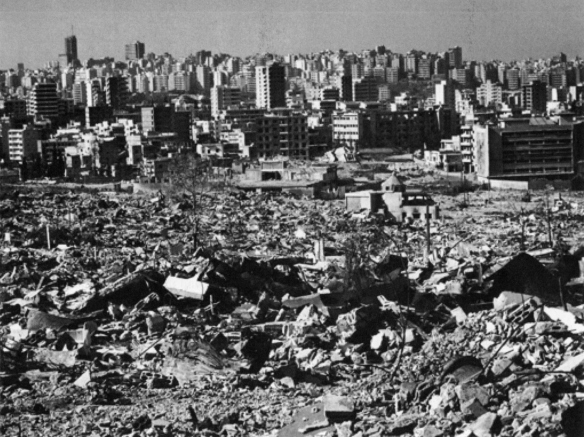 President Assad's Shia forces that have accounted for about 88% of deaths this year - along with the extremist ISIS (or IS) forces. Its a mess, very complex and westerners, even experts, can never really understand the true dynamics and emotions. Suffice it to say that since the Beirut 1975 crisis (see image to the right) and subsequent sectarian conflicts in the region  things are very unlikely to ever settle down in the Levant region as Sunnis, Shias, Jews and Christian Druze compete for scare resources plus political, cultural and economic influence.

Exponential Trend: It is our view that all eight of the trends mentioned above if anything will accelerate  and when they combine and multiple together, the trend for massive migration of populations is set to dramatically increase, not decrease. Overall  one can easily envisage an exponential increase in migration from south to north from Middle East-Africa to Europe. If we think the situation is bad at this time  when we look back in 10 years time, well probably see it as just the beginning of a mass movement of populations.

What Can Be Done: One of the most alarming things about the mass migration 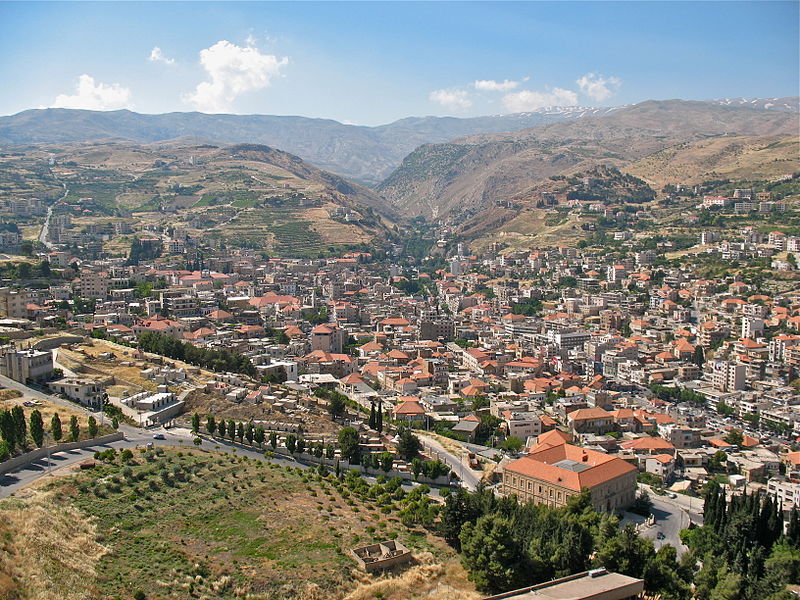 for many indigenous people is that on the whole, in part because of the open borders and human rights laws and regulations, EU countries are almost powerless to do anything about it. Migrants know this  its difficult to challenge desperate people in the EU for fear of being considered or accused of being inhumane. The flow of migrants  both legal, illegal and asylum seekers  is set to increase not decrease in years to come. It is starting to have similarities with the mass migration during World War II 1939-1945 - there are certainly some parallels and it plays on people's consciousness. We have to look to the cold winter and wonder what will happen to all the people without shelter in the cold moving through freezing eastern Europe and what governments will do about this situation.

Schengen: Most EU countries signed up to the Schengen agreement, meaning the free passage of people across borders. Tourists from different continents would only need one visa, not multiple. The UK never signed up to the agreement. It wanted proper border controls. The mass migration means mainland EU countries signed up to the Schengen agreement are almost powerless to stop the passage of people -refugees, migrants or anyone - within their borders.  North African and Middle Eastern migrates are of course well aware of this - since the internet, social media, education-information-knowledge and globalisation combine to improve accessibility and planning. What's been so alarming in the last few years has been the risks the refugees are willing to take to escape from their mother countries. In particularly the drowning (lack of lifejackets) facilitated by corrupt traffickers.

UK Migration Challenge: The Tory party set themselves a target of getting net migration down to the thousands in 2012  meaning a target of may be a net 10,000 increase a year in the UK as a whole. The current net migration is around 320,000 without a refugee influx (thats 620,000 arriving and 300,000 leaving each year as of mi 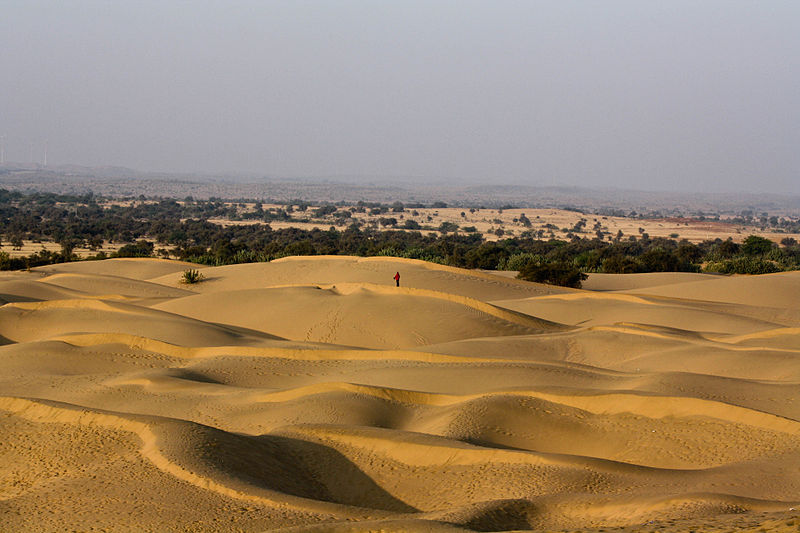 d 2015). These numbers have been considered by the Tories and Opposition as "crisis territory". To put this into perspective, Germany has a population of about 85 million (20 million more than the UK) but have promised to take 800,0000 Syrian refugees. The UK has accepted 1000 so far, 800 times less. The UK population is increasing at a far higher rate than Germany and our overcrowding is far more severe  England is now more densely populated than Holland - with population focussed in London, Midlands and NW England. We expect an increasing amount of net migration into the UK in 2016 as a direct result of the Syrian refugee crisis and other large scale migration from North Africa and the Middle East. People from war torn areas are frankly trying to get out as fast as possible looking for a better life in a safer territory.

Housing in UK: This will of course create greater stresses on the housing crisis in the UK and drive rents and house prices higher  as more people look for a dwindling number of properties since building levels of around 120,000 properties a year is far less than the increasing population of around about 395,000 a year (107,000 a year in London alone). More small properties will be needed to house 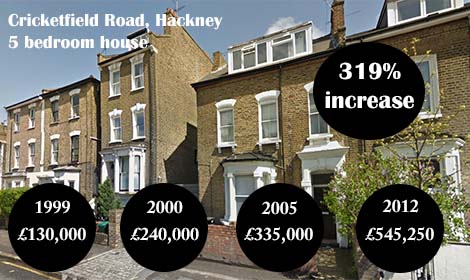 small families, partners and single people. Building levels have dropped from Sept 2014 to mid-2015 triggered by the threat of a Labour government end 2014 and have not yet recovered. Most "houses" are being built in the Midlands and North  in areas that are easier to build in, but where demand is also lower. Its very difficult to build any "houses" in the London area because of planning restrictions and Nimbyism. Ninety percent of new homes are regrettablt expensive flats. Gone are the days when a new estate of 100 houses was built. We dont expect to see this changing any time soon. Upward pressure on rents and house prices is expected as the population of SE England booms in the foreseeable future.

We hope this report has been insightful and helpful in framing property investment opportunities for your portfolio moving forwards. If you have any queries, please contact us on enquiries@propertyinvesting.net